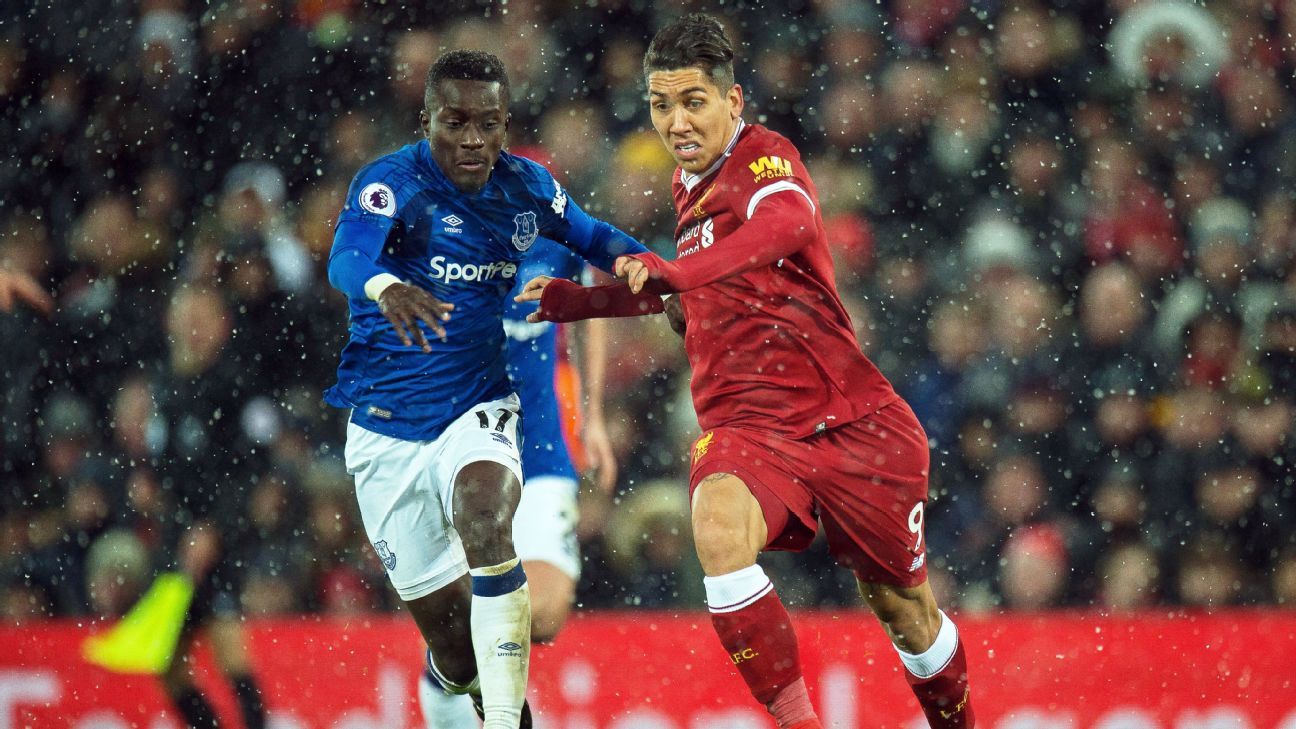 1. Will Liverpool cut loose a little more against Everton?

After Liverpool’s gritty win over Watford last weekend, Jurgen Klopp’s explanation that they are a more mature side these days, not a dull and stodgy one, made sense. Less so after the defeat to PSG in the Champions League, but Klopp’s attempts to turn Liverpool into a team that can control games rather than overwhelm them with whirlwind chaos is a perfectly sensible one.

But is that approach right for a derby, like the one they face against Everton on Sunday? The mind goes back to the same fixture in January 2014, when Brendan Rodgers’s side blew their neighbours away with a fierce display of attacking football that hit Everton in the face and knocked them to the ground. Liverpool were 3-0 up inside 35 minutes, won the game 4-0 and left Everton needing smelling salts.

The thing about this Liverpool side is that, while their defensive stability clearly has a lot to do with the more practical approach, they do now have an extremely strong back five: so why not use that defence to give their forwards a bit more chaotic licence?

Klopp made the point that with their old ways, Liverpool would take the lead then lose concentration late in the game and concede. True enough. But the added security of Virgil van Dijk, Alisson and friends surely allows them to let their attackers off the leash a little more, or play a slightly more dynamic midfield.

It would be great for the neutral to see a bit of that Liverpool back and, just like in 2014, it might be the best way to beat a rapidly improving Everton.

2. Can Spurs swipe away Arsenal’s last piece of dominance?

Tottenham may well be superior to Arsenal in more or less every way these days, but one thing they haven’t quite managed to crack yet is winning at the Emirates Stadium. Spurs have only won one away North London derby in the last 25 years, when a late Younes Kaboul goal nicked the points for Harry Redknapp’s side in 2011. Victories behind enemy lines are about as frequent as a semi-obscure comet for Tottenham.

Perhaps Spurs don’t need to beat Arsenal to prove a point anymore: they seem pretty secure in their superiority, but this is the perkiest we’ve seen Arsenal in a few seasons, a mojo rediscovered under Unai Emery.

Even if Tottenham’s recent league finishes tell us they are the manor’s top dog, maintaining that position is what counts. And to maintain it, they have to erase the one lingering remnant of Arsenal’s old superiority, but also slap down any hint of resurgence in their rivals.

3. Chelsea must start Giroud for the good of their team

You can understand why a manager would pick Alvaro Morata. Every now and then he produces a finish that makes you wonder how he isn’t a guarantee of 25 goals a season. But for the rest of the time he slightly resembles a lost child, his big eyes looking like they’re on the verge of filling with tears after his latest presentable chance dribbles into the arms of the goalkeeper.

It seems like a long time ago now, but it’s just been a month since Morata got four goals in four league games. And yet, Maurizio Sarri should probably pick Olivier Giroud instead of Morata against Fulham this weekend, if only because of one statistic: this season, Eden Hazard has not scored a league goal when the Spaniard has been on the pitch.

Hazard hasn’t scored a goal of any description since the start of October, and while that’s obviously not all down to Morata’s presence, he is clearly more comfortable with Giroud to play off. Morata might score more than Giroud, but the latter seems to get more from Chelsea’s best player. From that perspective, it’s a no-brainer.

Has there ever been a more exasperated-looking manager than Mark Hughes? The Southampton boss constantly carries the look of a man given a parking ticket even though he’d only been in that spot for five minutes. Irked with the world, frustrated that everyone and everything seems to be conspiring against him, constantly looking around for someone else to blame.

But even though Hughes just about saved Southampton last season, there seems little sign that he will keep them in the Premier League once again, if he is somehow left in place until the end of the season. Fortunately for Saints fans, that’s a pretty unlikely scenario, and the end may well come if Southampton lose to Manchester United on Saturday.

The timing wouldn’t be ideal, particularly as they face Spurs on Wednesday, but the club may decide they want a new man in charge ahead of the crunch game against Cardiff next weekend. With just a solitary league win this season, Hughes can hardly be surprised.

5. Watch out for a new type of protest at Newcastle

You have to get creative if you want to be heard, these days. And so, Newcastle fans who want their continued dissatisfaction with owner Mike Ashley to be heard are indeed getting creative.

When you watch Newcastle’s game against West Ham at the weekend, you might notice the stands are a little emptier than usual from the start. That’s because a collection of fans calling themselves “The Magpie Group” are urging supporters to take their sweet time getting to the ground, and walking in only after 11 minutes in order to express their dissatisfaction at Ashley’s running of the club, in particular his lack of spending.

“It’s a month to go until the most important transfer window of Rafa’s Newcastle career. We must act now, not after,” the group said. Ashley has reappeared at Newcastle games recently after a long spell away, so perhaps he’ll take note of the protests. But whether he’ll act on them is another matter entirely.