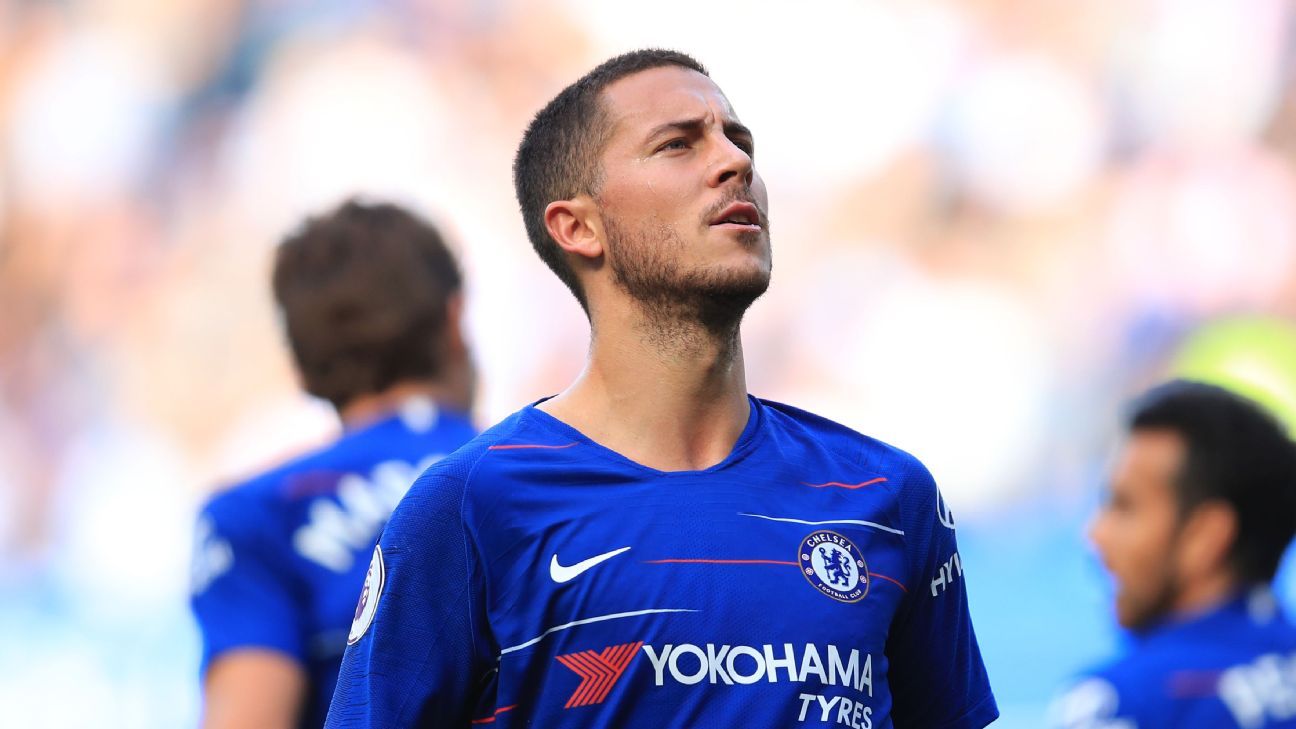 What can we glean from Wednesday’s Carabao Cup game between Chelsea and Liverpool that has relevance to their Premier League match on Saturday evening? Given the players involved, not much. Maybe five or six of the 22 that started at Anfield will line up at Stamford Bridge.

One thing does stand out though is just how quickly a player like Eden Hazard can change a game. Chelsea’s Belgian genius came off the bench to score an astonishing goal to secure their victory, and while we don’t really need more evidence that Hazard is pretty useful, he keeps providing it anyway.

Jurgen Klopp was philosophical after the game, bowing to Hazard’s quality.

“Eden Hazard at full speed in the box is not easy to stop,” the Liverpool boss said, and he could console himself with the knowledge that it was his second-string back four that was trying the other night. On Saturday, the A-team will return.

But will they fare any better? The back five of Alisson, Trent Alexander-Arnold, Joe Gomez, Virgil van Dijk (still a doubt for the game) and Andy Robertson have proved very effective so far this season, conceding just two goals in the league, but they haven’t come up against anyone this good yet. Liverpool’s defence is an area of strength where previously it was one of weakness, but facing Hazard represents the biggest test yet of that new-found fortitude.

Can Manchester United react positively to a damaging week?

Apparently Paul Pogba and Jose Mourinho are friends now, with explanations offered and accepted for that training ground argument the morning after their Carabao Cup defeat to Derby County. But more than complaining about an Instagram post, Mourinho’s most damaging public utterance might have occurred the previous evening, when in his postmatch interview he said he thought United were “in trouble” when Phil Jones and Eric Bailly stepped up in the penalty shoot-out.

Why would you say that, other than to try shifting the blame to someone else? Why undermine the confidence of two first-team players? It’s not the first time that Mourinho has done this, shamefully throwing Marcus Rashford and Anthony Martial under the bus at the end of last season. If it hasn’t happened already, Mourinho will lose the trust of his players, something he used to so obviously have in his early days of management.

After such a disruptive week, United need a win against an improving West Ham on Saturday, but in publicly embarrassing his players, Mourinho hasn’t done their chances any favours.

Might Phil Foden get a league start for Manchester City?

Your heart doesn’t exactly bleed for Pep Guardiola. The Manchester City manager has been without Kevin De Bruyne since August, but happens to manage probably the only team in the Premier League who could lose their most influential player, and carry on without blinking. With David Silva, Bernardo Silva and Ilkay Gundogan, Guardiola has some pretty solid senior options to fill-in for De Bruyne — but you can certainly add Phil Foden to that list now.

Of course, it was only against Oxford United, but Foden’s performance in midweek earned further comparisons to Andres Iniesta, comparisons Guardiola was quick to avoid. Foden is clearly ready, even at 18, for the highest level, and it’s only a matter of time before he starts a game in the Premier League. Could it be this weekend against Brighton?

Will Wes Morgan return for Leicester?

Wes Morgan is available again for Leicester, following a one-game suspension for his red card against Bournemouth. He played in their Carabao Cup game against Wolves in mid-week alongside Jonny Evans, but Harry Maguire, fresh from signing a new contract, will surely return to the team for this weekend’s trip to Newcastle.

The question for Claude Puel is, who will Maguire replace? Hopefully, almost for the sake of his dignity as anything else, it won’t be Morgan, and Evans and Maguire become their first-choice pairing. The central defender’s race looks run, his peak years well behind him and it would probably be best for everyone if he was gently phased out of the team.

Huddersfield can’t write-off another game against a big boy

After Huddersfield’s first game of the season, a 3-0 defeat to Chelsea, David Wagner was asked about his side’s tough start to the campaign. They faced Manchester City after that, and Wagner commented that they would “just have to win the games in between” those against the Premier League’s best. Alas, they didn’t: they’ve played four times since, against Cardiff, Crystal Palace, Everton and Leicester, gaining two points and scoring two goals in the process.

Wagner’s attitude smacked of defeatism, of writing off games against the best and concentrating on more “winnable” fixtures: that his side failed to win them indicates he may have been unwise to do so. This weekend it’s another big team, with Tottenham paying a visit to John Smith’s Stadium.

Wagner and Huddersfield can’t afford to shrug and think “what can you do?”, because after six games without a win, a relegation scrap is looming.