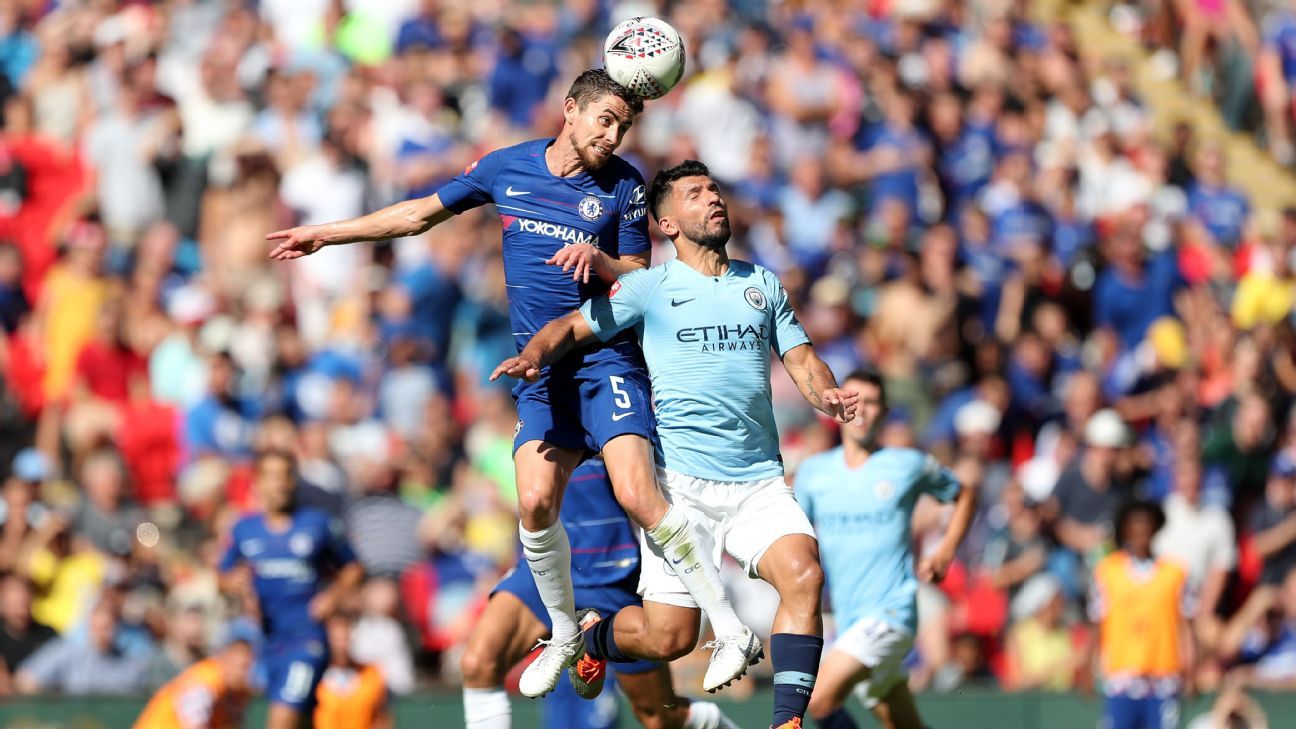 Will Wolves loss spur Chelsea on against Man City?

Maurizio Sarri had an “out.” After their defeat to Wolves on Wednesday, various journalists asked the Chelsea manager if a few refereeing decisions that had gone against his side had a material impact on the result, but Sarri steadfastly refused to blame the loss on officiating, preferring to point the finger a little closer to home.

“We were suddenly another team,” he said. “I don’t know why. I am really very worried — not for the result, but we didn’t react to the first goal at all.”

It was particularly troubling how quickly Chelsea went from imperious to impotent, via a spell of complacency, to throw away three points that looked in the bag. One doesn’t imagine they will be quite so casual about things if they take the lead against Manchester City on Saturday, but Sarri cannot countenance the same sort of mental fragility, otherwise his side will not only lose but may be obliterated.

Still, perhaps Sarri will spin the Wolves defeat into a positive.

“After this match we lost confidence,” he continued. “But maybe it’s better, because sometimes my players show me they have too much confidence.”

You could say it’s worrying that a team like Chelsea need a kick in the rear before playing City, but if the Wolves defeat serves as that, then it might not turn out to be a total disaster after all.

History repeating itself at Manchester United

Jose Mourinho’s latest wheeze to jolt his Manchester United team out of their slumber was to drop both Romelu Lukaku and Paul Pogba for the game against Arsenal this week. Much like most of his other gambits, it didn’t work particularly well, so what next? Who will be sacrificed? Which player(s) will be thrown under the bus to distract people from blaming the manager?

Maybe one day he’ll consider that, if all the emphasis he has placed on changing and blaming players doesn’t work, perhaps the problem isn’t the players. One day. It won’t be soon.

There was once a time when a struggling team like Fulham visiting Old Trafford could only hope not to be too badly humiliated, but not now.

It’s a week or so short of three years since a Claudio Ranieri side delivered the final blow to Mourinho’s previous managerial job, and there are echoes of Chelsea’s defeat to Leicester back then, after which the Portuguese accused some players of “betraying” him. Maybe the consequences won’t be as immediately extreme, but this is all sounding very familiar.

Can Bournemouth claim a big win?

Bournemouth’s return to winning ways against Huddersfield was welcome after four straight Premier League defeats, but it was a continuation of a theme for their season. Bournemouth’s fine season has been built on beating the weaker teams while not getting much out of the very strongest: not a complete calamity, but this is an ambitious team, keen to better last season’s performance and become the “best of the rest,” outside the big six.

What a boost it would be if they could beat one of those big six. Eddie Howe’s side have claimed these sort of wins before: they beat Arsenal and Chelsea last season, and Saturday’s visitors Liverpool in that madcap 4-3 the season before. Can they add another layer to this term’s excellence by doing that again?

Will Roy Hodgson shake things up?

It seems almost heretical to question Roy Hodgson’s position. He was granted the freedom of his home borough Croydon this week, not just for taking Palace from a doom spiral last season to end up in 11th place, but that certainly helped establish his hero status. For a while at least: football is the ultimate “what have you done for me lately?” business, and Hodgson hasn’t done a great deal that’s good in recent weeks.

Palace have won one of their last nine league games and are slowly inching down the table: all of last season’s good work is on its way to being outdone.

When things are going well, Hodgson’s consistency in tactics, selection and formation look like virtues, but in times of poor form they become faults. Will Hodgson try something different for the big game against West Ham this weekend? Does he have the players to try something different? Or will the old ways prove the best once again?

How quickly can Ralph Hasenhuttl get Southampton playing?

Welcome to Southampton, Ralph Hasenhuttl. Now get winning some games, quick smart. Of course, things are rather more difficult than that, and the Austrian hit upon probably the biggest problem he faces at his unveiling this week, and emphasised why the timing of the club’s decision to replace Mark Hughes with him was a little curious.

“The problem at the moment is that we have a lot of games in the next days,” Hasenhuttl said. “If you know my kind of football, you know it’s all about training sessions and working on autonomism and habits.”

Hasenhuttl not only has to drag a sluggish team from the sluggish depths, but he has to do it with about a third of the time that he would have liked. If they had appointed him in the summer, with a clear run at preseason, his past record suggests success would follow. But as he must prepare his team for matches while playing those matches, things are less certain.