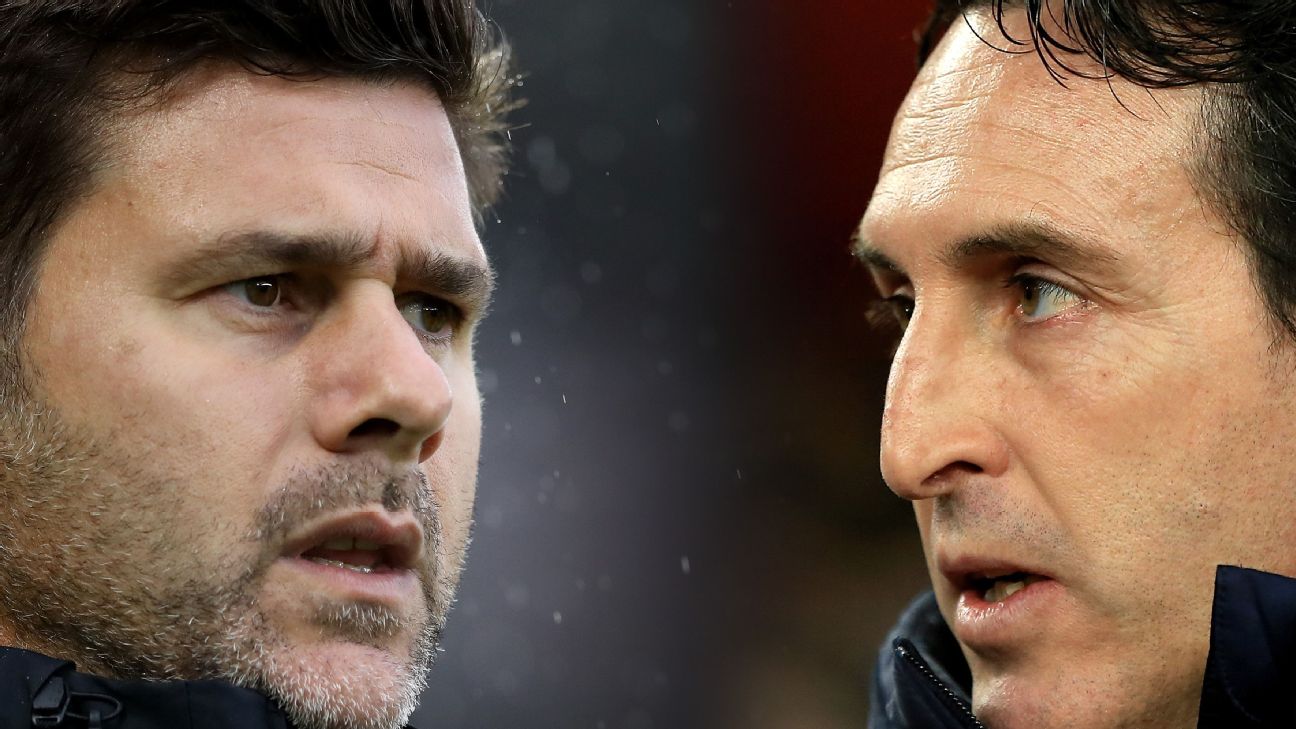 Ten clubs find themselves with one win, one draw and one loss after three games, making the 2019-20 Premier League picture as clear as mud. Nick Miller tries to make sense of the madness ahead of matchday four.

Jump to: The folly of Man United’s summer | Spotlight on Gracia | Bruce still fighting Rafa’s ghost | Time for the Toffees to unleash Kean

Who will cut through the chaos in north London?

The north London derby arrives this Sunday with two teams in differing sorts of chaos and flux.

Arsenal have begun the season in reasonable fashion but are still figuring out what they are, still unpicking the problems left by the last, neglectful days of Arsene Wenger’s reign, a team with a promising attack and an unpredictable defence but one that is arguably on the upswing.

For Tottenham, is this the beginning of the end of the Mauricio Pochettino glory days? Maybe. Logically speaking, it shouldn’t be a surprise, the only surprise being those glory days have lasted this long. They have looked tired and bereft of ideas in their last three fixtures, which is troubling considering these are the opening few weeks of the season.

Pochettino said after their defeat to Newcastle last weekend that his squad were “unsettled,” with doubts over the futures of Jan Vertonghen and Christian Eriksen, among others, which could explain a few things.

In some respects, it might be a relief for them both that they are playing each other this weekend. For a day they can forget the weighty business of wider context, of where both clubs are headed, and instead just concentrate on the frantic, self-contained world of the derby.

Then again, it might be impossible to do that, so the question then becomes: Who will best be able to cope with the uncertainty around their clubs to win this game?

The sight of Anthony Martial limping around the Old Trafford pitch last weekend was alarming for Manchester United fans, but also inevitable. Of course he’s going to suffer an injury at some point, an injury which lays bare the paucity of resources available to Ole Gunnar Solskjaer, and by extension the strangeness of their summer transfer business.

The departures of Romelu Lukaku and Alexis Sanchez without signing a replacement have left United with a pretty bare cupboard when it comes to strikers, with Martial and Marcus Rashford their only two senior options through the middle. Next on the list is Mason Greenwood, still only 17 and very promising, but not at the stage of his career when a club like Manchester United should be relying upon him.

United had better hope that Martial is miraculously fit for this weekend’s trip to Southampton, or else the mistakes they have made will be laid out for all to see, in glorious technicolour.

Could this be it for Gracia?

Watford, as you will know, are not shy about sacking managers. The Pozzo family — the club’s owners — have got through nine of them in seven years at Vicarage Road, so maybe the big surprise is arguably that Javi Gracia has lasted this long; never mind their solid league form last season and reaching the FA Cup final.

But the Pozzos do not just sack for the sake of it. They’re decisive and ruthless when they think a problem is more trouble than it’s worth, which is probably why reports have been circulating that Gracia’s position is in danger. Watford have lost their first three games of the season, as well as losing the last three of last season, and since around November last year have basically been in little better than relegation form.

It may seem harsh to the outside world, but this is how Watford have operated for the last few years. If Watford lose at Newcastle on Saturday, it might be enough for them to conclude Gracia is not the man to stop the rot, and make a change.

Bruce needs another win to convince the Newcastle crowd

In the other dugout at St James’s Park will be another man with a point to prove. The extent to which Steve Bruce is disliked among the Newcastle fans is probably overstated: They will give their new manager a chance of course, but they will need to be convinced pretty quickly that he is a worthy successor to Rafa Benitez.

Of course, the only way he will do that is with more victories to follow the excellent 1-0 win at Tottenham last weekend, but it will be interesting to see how they play at home against a struggling side, as opposed to at a team expected to make all the running. Being the underdog and winning is one thing, but setting a side up to play on the front foot and be the protagonists on the pitch is another entirely.

If Bruce can pull this off too, he’ll go a long way to convincing the faithful that he’s their man. But the midweek defeat at home to Leicester in the Carabao Cup hasn’t helped his cause, and they need to bounce back.

Will Kean start for Everton?

It has been an indifferent start to the season for Everton. They have a win, a draw and a defeat to their name, but haven’t been convincing in any of those three games and what’s more, they haven’t been scoring goals. They have just one from 270 minutes of football so far, Bernard‘s winner against Watford in their second game.

The good news for Marco Silva is it’s not as if his team aren’t creating chances: They’ve taken 34 shots so far, placing them in the middle of the Premier League’s chance creators. It’s good news because that statistic suggests they’re creating chances but not converting them, a slightly easier structural problem to solve than if they weren’t carving out those opportunities.

With that in mind, you would think Moise Kean has a great chance of starting an Everton game for the first time, against Wolves on Saturday. The Italian has shown flashes of encouraging play during his three substitute appearances so far, and with Dominic Calvert-Lewin having not scored since March, surely the time is right to see what Kean can do against Premier League defences.