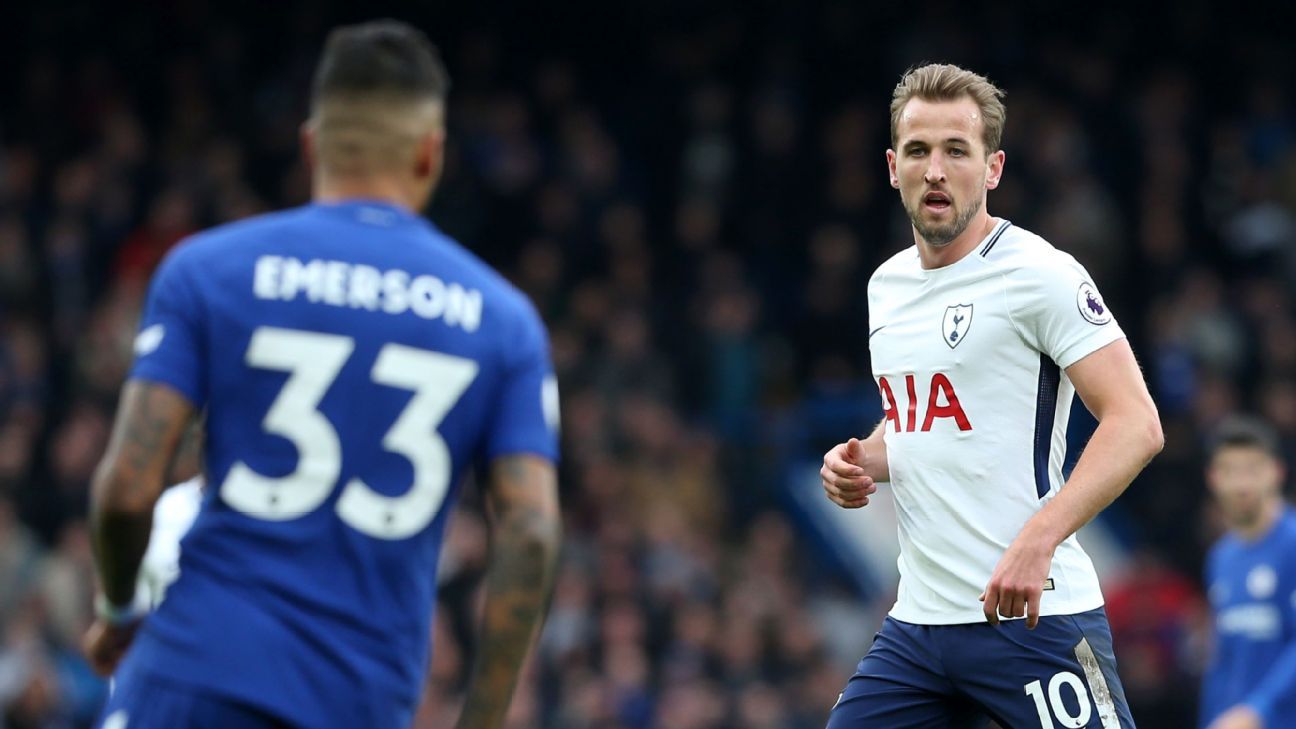 
As strong as the Premier League’s “Big Six” are, they all have areas they need to improve. But what if each club was allowed to pick a player from a rival to fill their biggest weakness? Without taking transfer fees or personal considerations into account, here’s who they might choose.

Given that this Arsenal team is a work in progress under new manager Unai Emery, it’s admirable how well they’re doing. That said, their fans would be forgiven for closing their eyes and gripping their seats whenever the ball nears Shkodran Mustafi, or when Sokratis Papastathopoulos has to chase a pass over the top.

What they need is an elite centre-back, the sort of player who can calm nerves and provide a solid base for their creative players to work from. A reliable defender, and leader from the back, would go a long way to eliminating their worries at the defensive end of the pitch.

Van Dijk seems ideal. He has done a similar job at Liverpool since arriving there in January, sealing up Jurgen Klopp’s backline like a bank vault. He’d be the best central defender Arsenal have had since Sol Campbell’s peak, and they went a whole season unbeaten with him in the side.

Alvaro Morata’s recent form is encouraging and Olivier Giroud is a fine team player, but there is still a sense that Chelsea lack a real finisher up front. It arguably remains a source of rancour that former boss Antonio Conte ushered Diego Costa out of the door, as a replacement for him represents their greatest need.

Sergio Aguero and Kane are the two centre-forwards that spring to mind for that spot. They are the closest thing you can get to a guarantee of goals in the Premier League, able to adapt to any system, and both are seemingly able to keep scoring when not in form.

It’s difficult to split the two, but Kane is five years younger so Chelsea’s attack would be set for years to come.

Jurgen Klopp was asked recently about his plans for the transfer window and his response was emphatic: barring injuries, January will be a quiet month on Merseyside. Understandably so too: they have a brand new goalkeeper, a solid defence, dynamic midfield, and of course that star-studded forward line.

The one thing they don’t really have is a lock-picking midfielder, something close to Philippe Coutinho, a man who can find holes in ostensibly tight defences. Adam Lallana is close to that but injury-prone, while Naby Keita has only shown flickers in his relatively limited time at Anfield so far.

There are plenty of holes in the Manchester United team. Van Dijk would seal up their central defence; Kyle Walker could replace the diminishing Antonio Valencia at right-back; Jose Mourinho would jump up and down with glee at the prospect of Fernandinho anchoring his midfield.

But one of United’s big flaws is how imbalanced their attack is. They have three forwards — Marcus Rashford, Anthony Martial and Alexis Sanchez — who are most comfortable on the left, but they don’t have anyone who naturally plays on the right. Juan Mata is the latest fill-in, but he isn’t dynamic enough to start there.

Sterling is though. While it’s nigh on impossible to imagine him switching from the blue side of Manchester to the red, any combination of United’s strikeforce looks significantly better if you include Sterling.

Finding weaknesses in the City team is like trying to find flaws in a priceless diamond. You can contort yourself into logical knots trying to suggest they need another central midfielder, or that if Leroy Sane’s form declines then a left-winger would be handy, while the 32-year-old David Silva is not going to be around forever.

But realistically their only vague problem is at left-back, where Benjamin Mendy can be erratic and the alternatives aren’t specialists. Granted, this is not exactly a gaping hole in the side, but certainly an area where they could improve.

Over the last season or so Robertson has been the best left-back in the Premier League, emerging from Hull City’s relegation to play in a Champions League final inside a year. He has solved Liverpool’s problem position and would do so for City too.

There are a few areas of Tottenham’s team that could do with some help. Eric Dier has looked shaky, they’re a different team without Eriksen, and they must be at least concerned by goalkeeper Hugo Lloris’s decision-making this season. But their weakest area is right-back, where Kieran Trippier’s form has disappeared and any game in which Serge Aurier appears is an adventure.

What they could do with is someone reliable to shore up that flank but also offer a bit of zip going forward. Azpilicueta isn’t the sexiest name in world football, but he fulfils those criteria: good in defence, good going forward, good for the team, good for a bit of versatility.

It might seem a little obtuse to pick a relatively unspectacular right-back when you have a hypothetical selection of the best players in the Premier League, but that’s where Tottenham’s biggest gap is and he would plug it.