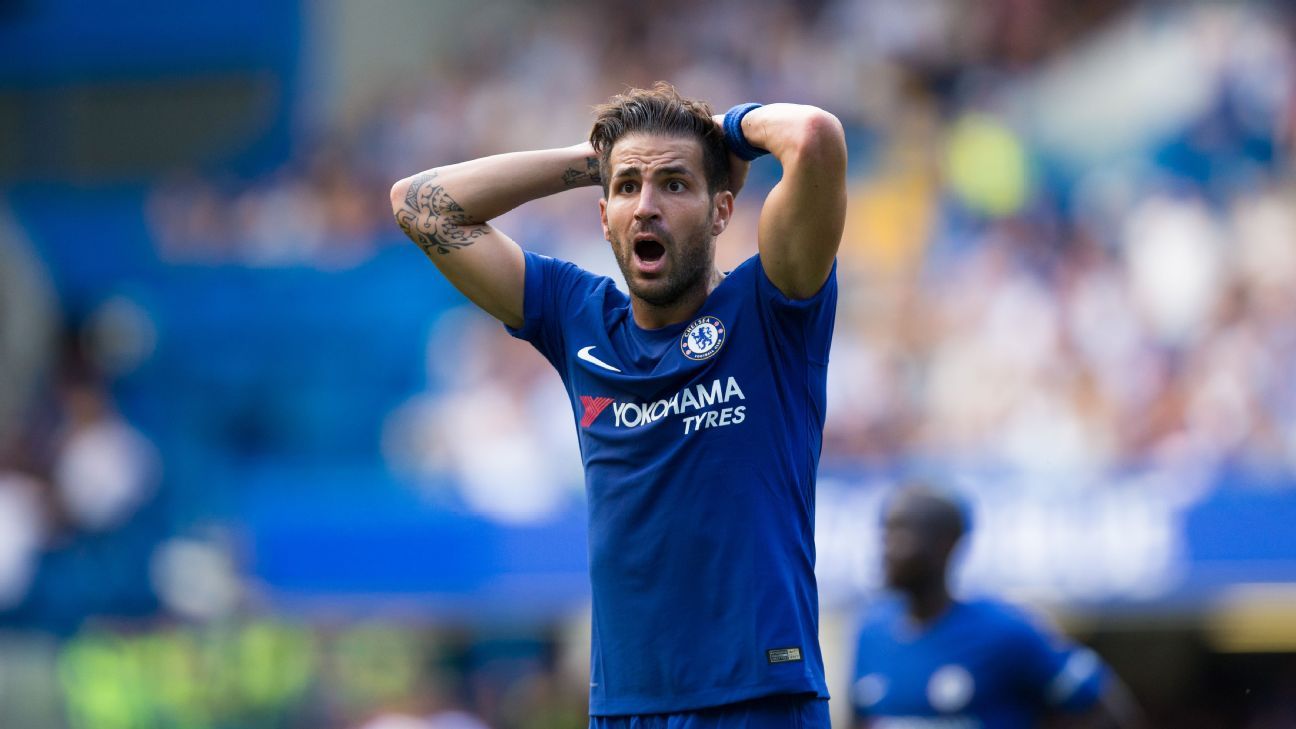 
The Premier League is back! And this time, it’s determined to disprove the notion that it’s the best league in the world. In an opening weekend that had Barcelona, Real Madrid and Bayern Munich executives saying, “Yep, we’ll be fine for another year,” three of the six apparent title contenders managed to concede three goals.

Chelsea imploded at the feet of Burnley at Stamford Bridge, Arsenal wobbled but just about regained their balance against Leicester at the Emirates and Liverpool’s old failings came to the fore once again at Watford’s Vicarage Road. Elsewhere, Huddersfield stunned Crystal Palace, Brighton didn’t stun Manchester City, Jonjo Shelvey was spectacularly stupid and Wayne Rooney enjoyed a very happy homecoming.

It may not be the best league, but it’s certainly one of the most entertaining.

Performance of the week

Frank de Boer has a very clear idea of how he wants Crystal Palace to play. He wants them to push up the pitch and pass with confidence, playing with courage and creativity and verve. Huddersfield laughed in the face of all that. Every time Palace crossed the halfway line, David Wagner’s players were on them like wasps at a picnic. And when Huddersfield broke, they were devastating, running out 3-0 winners.

Palace were two down midway through the first half and just couldn’t recover. De Boer has much to ponder following Saturday’s defeat while Wagner has much to celebrate.

Worst day at the office

Football fans can be a pessimistic lot but even the bleakest, most morose Chelsea supporter wouldn’t have guessed that they’d be 3-0 down to Burnley at half-time. Yes, the early dismissal of Gary Cahill was a little harsh but don’t let that decision obscure the way Sean Dyche’s side punished them with simple crosses into the penalty area.

Chelsea’s second-half fight-back was impressive, but before the break they were a rabble. Antonio Conte’s team sheet had more than a whiff of protest about it and not for the first time, there seems to be a breakdown between the boardroom and the manager’s office. For the third year in a row, the Premier League title is being defended with all the ferocity of a mouse’s sneeze.

It’s a new season, and it’s therefore supposed to be a time for new beginnings. But it seems that no-one told Arsenal or Liverpool. The Gunners took a swift lead against Leicester City on Friday night before chucking it away with the kind of defending that could fuel a boom in counselling sessions in private North London practices. They won 4-3, eventually, and deserve credit for refusing to wilt. But is there any chance that they could get through at least one game of the season without giving their supporters palpitations?

Speaking of palpitations: Liverpool. For the love of all that is holy. Please practice set pieces. You’ve had all summer to work on this. What’s wrong with you?

Mo Salah shone for Liverpool, Ahmed Hegazi scored the winner for West Bromwich Albion and Darren Fletcher was arguably man of the match at Goodison Park, but there’s no doubt that Romelu Lukaku was the pick of the new signings this weekend.

Manchester United’s biggest problem last season was their repeated failure to beat mediocre sides at Old Trafford. Lukaku seems to be a pretty good fix and Nemanja Matic was pretty impressive too. West Ham didn’t have much about them, but what little they brought to the party was cruelly stamped out by him. He provides such a strong base for this team and with him at the back of the midfield, everyone else can express themselves. What on earth were Chelsea thinking in letting him go?

If you’re going to tread on someone’s ankle, at least do it where no-one can see you. You know, in a melee, off the ball or while the officials are looking in the other direction. Don’t do it yards in front of the referee, who is staring right at you with his whistle in his mouth. That’s just stupid. Newcastle were containing Tottenham nicely until Jonjo Shelvey decided to opt out of the last 42 minutes. And he was their captain!

Goal of the day

There will be more spectacular goals this season but Wayne Rooney’s match-winner against Stoke was dripping with class. From the clever pass that started the move, through the shrewd movement that put him in space to the deft execution of the header that sent the ball straight back past Jack Butland. Rooney isn’t as fast or as fit as he was. But there’s still something there.

Tackle of the day

Crystal Palace didn’t have much to shout about on Saturday but the performance of Timothy Fosu-Mensah was extremely promising. Never mind the tackle of the day: his late intervention on the rampaging Steven Mounie will be one of the tackles of the season. Lightning quick and hyper-aware to danger, Fosu-Mensah should develop well with a year of Premier League football.

Having just about survived the visit of Leicester, can Arsenal build on their positive start with three points against their old ideological rivals Stoke City? Aaron Ramsey, whose leg was broken by Ryan Shawcross there in 2010 will, for so many reasons, want to return to the starting XI for this one and back to back wins would certainly ease the pressure on Arsene Wenger.

But he’s not the only one with something to prove here. Stoke boss Mark Hughes has almost exhausted the patience of the supporters now. He can’t afford to open the campaign with two straight defeats.