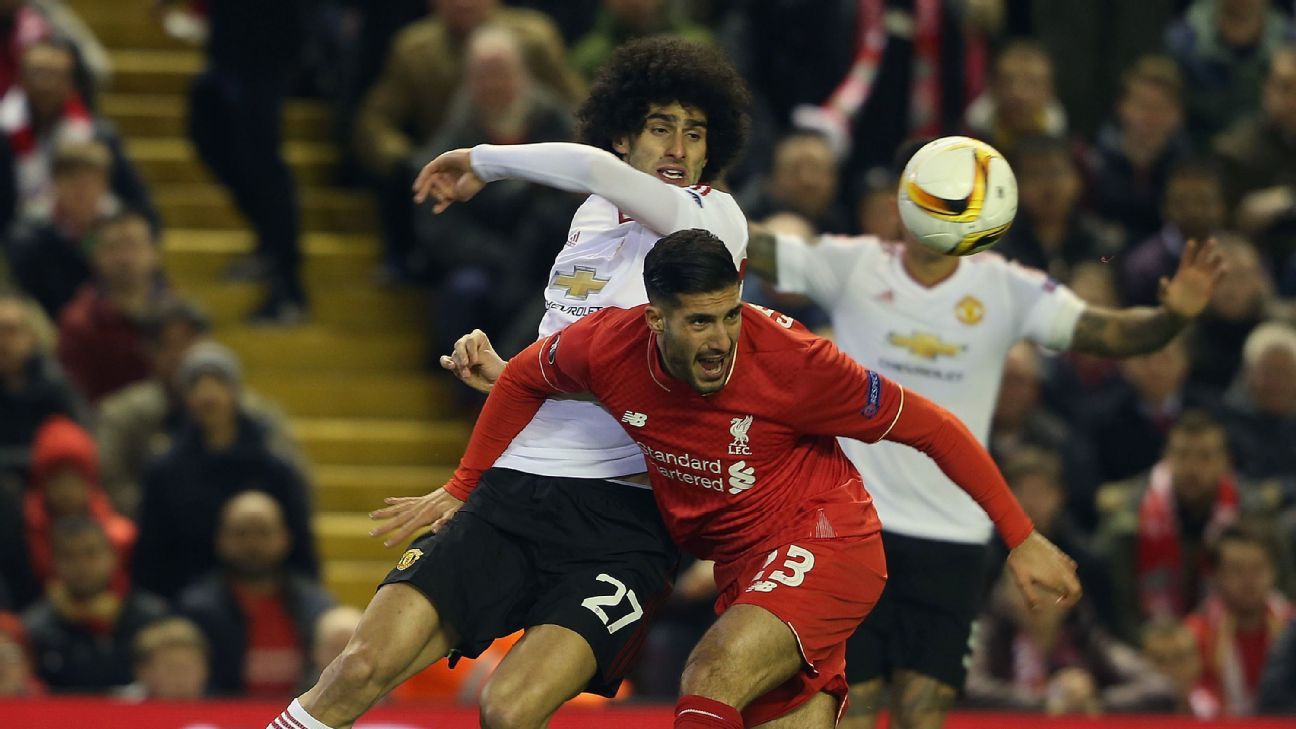 
The Premier League lists of released and retained players are out. While some of these players either have been or will be offered a new deal by the club for which they most recently played, they are also free to sign elsewhere.

Here are some of the names available on a free transfer this summer.

Unstoppable on his day, but those days rarely came under Jose Mourinho. Fellaini has an offer on the table from Manchester United but looks set to move. Might he make a shock switch to Arsenal?

Another with an offer from his current club and who can be unplayable, Wilshere has struggled to get game time and his niggling injury history has put Arsenal off awarding him a large pay hike.

Liverpool have a host of midfielders arriving at the club, and most notably in Can’s case there’s Fabinho so the Reds might already have moved on. Juventus look favourites to land the Germany international. Also available from Liverpool is academy graduate Jon Flanagan.

Landing the headlines for his comments about Pep Guardiola, Toure is clearly frustrated about his playing time at City. A top-six club may come in, according to his agent. But he’ll play anywhere for £1.

It seems a long time ago that Yacob was shining in midfield with his aggressive tackling. West Brom went down, but they should really keep a player like him for the Championship — if they can afford him, that is.

Monday Motivation wasn’t enough to persuade West Ham to keep the 37-year-old. He played just five games after being handed a short-term deal by David Moyes, but may end up retiring if he can’t find a new club.

With Ki and Angel Rangel leaving, as well as Leon Britton’s retirement, Swansea are in a bit of state after their relegation. Ki is only 29 though and should be of interest to Premier League clubs.

Not a big surprise given the arrival of Jordan Pickford at Everton. Robles had the No. 1 shirt for a bit, but now looks likely to join Getafe.

He may be 32, but Cabaye still has plenty to offer a Premier League club. The former Newcastle man may not have the stamina of old, but his creativity can still unlock defences.

After struggling with injury, Krul dropped off the radar a bit and moved to Brighton. Still only 30, he could be an excellent signing for someone and was at one point first choice for Netherlands.