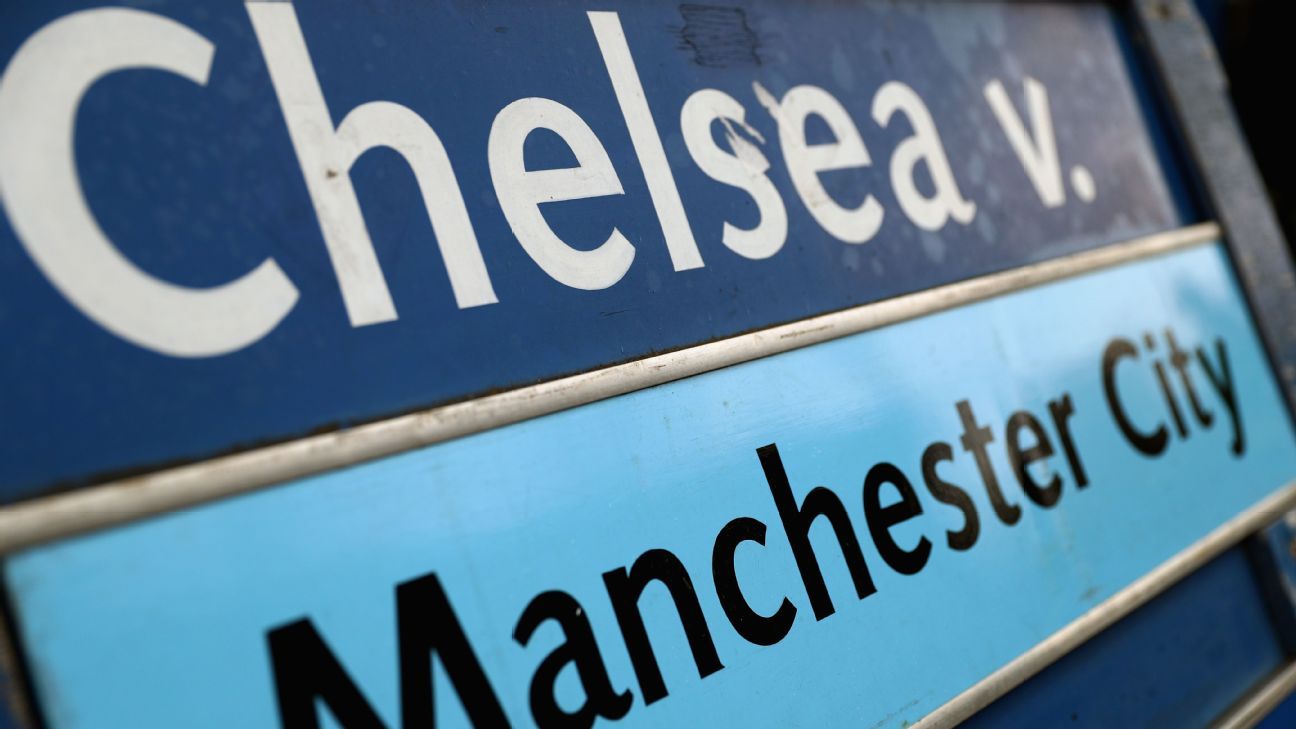 
The game never stops. Planet football may be gripped by the World Cup but fixtures for the new Premier League season are out as well.

In ascending order of importance, ESPN FC’s club correspondents rank their team’s five key fixtures ahead of the new campaign.

– Full list of all the Premier League fixtures
– Make your picks with ESPN FC Match Predictor 2018!
– Fixtures, results and full coverage
– Team-by-team previews of all 32 nations

vs. Manchester City (H), Aug. 11, 2018: Unai Emery’s first game in charge could not be much tougher, against the champions, but his team must show right away they can compete with the best.

vs. Chelsea (A), Aug. 18, 2018: Arsenal’s brutal start continues as they go to Stamford Bridge in the second week — another chance to prove this is a different side than under Arsene Wenger.

vs. Manchester United (A), Dec. 4, 2018: The trip to Old Trafford comes in midweek, just days after the NLD — a key stretch for the Gunners heading into the busy festive period.

vs. Manchester United (H), March 9, 2019: This game is wedged in between the start of the Europa League knockout rounds, making it a crucial period if Arsenal want to compete on both fronts.

vs. Tottenham (A), Nov. 24, 2018: Last season saw Spurs put an end to their 28-year Stamford Bridge hoodoo in emphatic fashion after Chelsea had ruined the start of their Wembley tenure. Tottenham’s status as London’s top club is likely to make the rivalry even more bitter, and Chelsea would like nothing better than to strike back by inflicting some misery on what is likely to be their first visit to Spurs’ new stadium.

vs. Manchester United (A), April 27, 2019: Matches against Jose Mourinho carry an added spice that will linger even if Antonio Conte leaves Stamford Bridge this summer. Chelsea’s visit to Old Trafford is also scheduled to be their third-to-last match of the Premier League campaign, meaning it could have even greater implications for the title race and top four places than United’s 2-1 win in February did.

vs. Arsenal (H), Aug. 18, 2018: Chelsea’s mental hold over the Gunners loosened in the Conte era thanks to his bizarre inability to get the measure of Arsene Wenger, and Unai Emery’s arrival this summer — coupled with the likely replacement of Conte — means the stage is set for a completely new rivalry. A clash at Stamford Bridge on the second weekend of the season will be an interesting and important early test for both teams.

vs. Manchester City (H), Dec. 8, 2018: A 1-0 defeat at home to City last September arguably set the tone for the rest of Chelsea’s season, while giving Pep Guardiola’s men the emotional springboard to win the Premier League title in record-breaking fashion. This time, matches against the champions — the return fixture at the Etihad Stadium falls on Feb. 9, 2019 — will tell Chelsea a lot about just how far away they are from where they want to be.

vs. Fulham (A), Mar. 2, 2019: Not since QPR’s relegation in 2015 have Chelsea met a west London rival in the Premier League, and it’s been four years since they visited Craven Cottage. Lucas Piazon and Tomas Kalas could well be playing for Fulham if they join permanently this summer, and Chelsea’s reported pursuit of Slavisa Jokanovic will give their neighbours even more incentive to do the Blues some damage.

vs. Manchester City (A), Jan. 1, 2019: This game could have title implications if Liverpool’s results are in line with their aspirations this season. Liverpool travel to the Etihad Stadium at the end of a brutal festive schedule.

vs. Manchester United (H), Dec. 15, 2018: Liverpool play their fiercest rivals right in the middle of the packed Christmas calendar. This encounter falls right after the final Champions League group stage round, but there are no excuses for fatigue in this rivalry.

vs. Everton (H), Dec. 1: Everton come to Anfield to kick-off a December that will see Liverpool play seven league games. Liverpool did not beat Everton side in the league last season, so will want three points at the first attempt this term.

vs. Tottenham Hotspur (A), Sept. 15: A slow, inconsistent start is what ultimately hindered an exciting Liverpool to just a fourth-place finish. Jurgen Klopp’s side will need to be out of the blocks quick this time around and their first encounter with a title rival is in round five of the league campaign.

vs. Newcastle United (A), May 4: If Liverpool are still in the title race by this stage, then they will need something at the home of their former Champions League-winning manager, Rafa Benitez, on the penultimate weekend of the season.

vs. Manchester United (A), March 16, 2019: Last season’s top two face each other at Old Trafford in the weekend after the second leg of the Champions League round of 16 games.

vs. Arsenal (A), Aug. 11, 2018: The Emirates Stadium should be lively for Unai Emery’s first game in charge and Pep Guardiola may be short of options with players returning late from the World Cup.

vs. Liverpool (H), Jan. 1, 2019: City lost three times to Jurgen Klopp’s side last season and kick off the New Year against Liverpool in what will be their fourth game in nine days over a busy festive period.

vs. Chelsea (A), Dec. 12, 2018: Last season’s win at Stamford Bridge was a pivotal moment in Guardiola’s side gaining belief and this year’s clash will follow a potentially important final game at the Champions League group stage.

vs. Manchester City (H), March 16, 2019: A match at the beginning of a very reasonable final furlong for United, and one where they should aim for the win, regardless of who is ahead in the table at the time.

vs. Liverpool (H), Feb. 23, 2019: The beginning of the title run-in should see both teams in contention and with their signings now fully-integrated into the side, and this may well be a must-win for both teams.

vs. Manchester City (A), Nov. 10, 2018: A chance to stake a claim against the champions, and to arrest whatever momentum the home side will likely have accumulated until then.

vs. Liverpool (A), Dec. 15, 2018: A draw or win here would be of great psychological importance since Liverpool, bolstered by superb signings and fresh from a Champions League campaign, will be looking to make a brutal statement of intent on their home turf.

vs. Leicester City (H), Aug. 11, 2018: In a division where their rivals have so much firepower, every point matters, and Manchester United must make a winning start.

vs. Manchester City (H), Oct. 27, 2018: If Tottenham want to be closer to Pep Guardiola’s side they will need to avoid losing both fixtures, as they did last season. Their best chance will come at home but that match comes just a few days after a Champions League group game.

vs. Manchester United (A), Aug. 25, 2018: Tottenham have suffered early defeats against Manchester United and Chelsea in the last three seasons, leaving them playing catch-up. A good performance at Old Trafford would help them stay with the pacesetters.

vs. Arsenal (H), March 2, 2019: This is due to be the first north London derby at Spurs’ new stadium. Tottenham’s fans will want happy memories of the historic occasion, while the top-four race will doubtless be hotting up.

vs. Liverpool (A), March 30, 2019: Spurs have not won at Anfield since 2010/11 and had to come from behind twice to grab a late draw last season. This will be a tough fixture at a key stage of the campaign.

vs. Manchester City (A), April 20, 2019: Spurs will ideally hope to be fighting Man City for the title at this point, but even if they are trailing again there will be plenty at stake with only three more matches remaining and a defeat could be hugely costly.