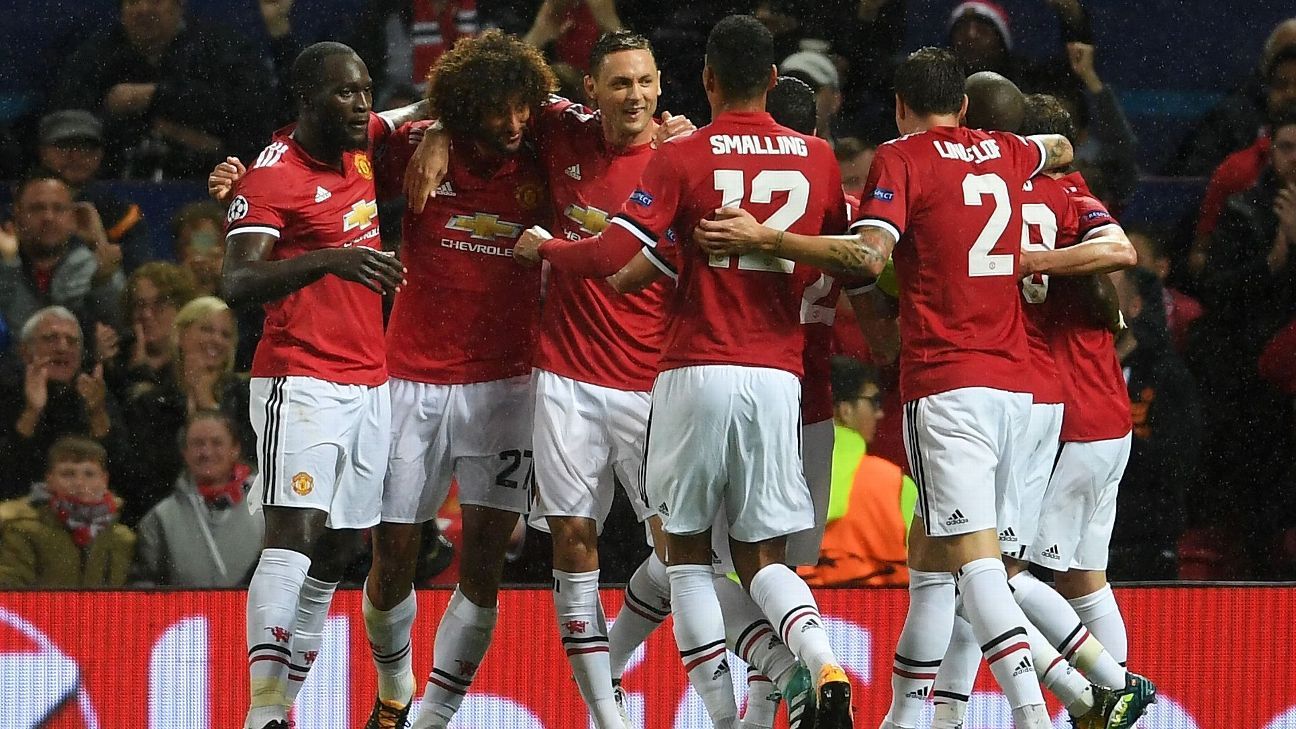 
With plenty of football to play before now and the end of the season, the top Premier League clubs will need to dig deep to stay in the hunt for major trophies. But which of them has the best reserve list to call upon outside the starting XI?

By replacing Asmir Begovic with Willy Caballero, Chelsea managed to maintain their status of having arguably the Premier League’s best backup goalkeeper. Elsewhere, however, high-quality squad options are in short supply.

Antonio Rudiger and Andreas Christensen are the only realistic alternatives to the starting back three of Cesar Azpilicueta, David Luiz and Gary Cahill, with Jake Clarke-Salter the only one from the academy who could step up, meaning Antonio Conte must shuffle five senior central defenders around three spots across four competitions this season.

At wing-back, the deadline day arrival of Davide Zappacosta provides Victor Moses with his first genuine rival to start on the right since Conte shifted to 3-4-3 a year ago. But on the left Marcos Alonso is more indispensable than ever, with Kenedy kept from joining Newcastle on loan this summer out of necessity rather than any genuine belief that he can contribute.

Danny Drinkwater is a solid addition to Conte’s already-strong central midfield options, but the Italian would ideally have liked another wide forward to share minutes with Eden Hazard, Pedro Rodriguez and Willian. Michy Batshuayi is still not fully trusted as the primary understudy to Alvaro Morata in attack.

Conte wanted more bodies than he got this summer, and consequently must rely on the positional versatility of the players he does have — while of course avoiding too many injuries and suspensions — if Chelsea are to remain on course in all competitions until January.. — Liam Twomey

Jose Mourinho does not think he has a particularly big group of players but, if he wanted, he could still field one of the strongest reserve sides in the Premier League.

Sergio Romero, Argentina’s first-choice goalkeeper, and Victor Lindelof, who cost £31m in the summer, have not played a minute in the Premier League so far this season. Luke Shaw, voted the best left-back in the Premier League in 2014, has not so much as made it into a matchday squad. Last season’s player of the year, Ander Herrera, has spent most of his time on the bench, as well.

The one weakness is probably at centre forward, or at least it will be until Zlatan Ibrahimovic returns. At the moment, Mourinho’s reserve striker behind Romelu Lukaku is Marcus Rashford, who is also first-choice on the wing.

Ibrahimovic won’t play against Burton at Old Trafford on Wednesday leaving Mourinho to decide whether to pick Rashford or Anthony Martial up front. Mourinho could make 11 changes to his team to play Burton but with a slight shortage of attacking players — at least until Ibrahimovic is fit — it is unlikely that he will. — Rob Dawson

Arsenal have great depth in attack this season, but look unusually thin elsewhere. The wing-back positions are especially vulnerable to injuries, with the departures of Alex Oxlade-Chamberlain and Kieran Gibbs leaving the squad without natural replacements for Hector Bellerin and Sead Kolasinac (unless you take Nacho Monreal out of the back three).

An injury to Bellerin could force Arsene Wenger to dust off Mathieu Debuchy, although he might be tempted to try 17-year-old Reiss Nelson or utility man Ainsley Maitland-Niles instead.

The return of Jack Wilshere to full fitness should shore up Wenger’s midfield options, though, while centre-backs Per Mertesacker, Rob Holding and Calum Chambers provide plenty of cover for the back three. But it’s only in attack that Wenger has an embarrassment of riches.

Pep Guardiola’s desire to have competition and alternatives means Manchester City have the strongest second team in the Premier League — and one that would potentially finish halfway up the table.

The City boss wants to be able to rotate his squad with ease — with a player coming out and another going in with virtually no impact on the first team. While City aren’t quite at that stage yet, their wealth of attacking talent is frightening and in every fixture, big players are forced to sit on the bench.

Germany international Leroy Sane and Portugal playmaker Bernardo Silva have started just one Premier League game this season and England’s Raheem Sterling only two (though he did get sent off). They will get their opportunities but when they do David Silva, Kevin De Bruyne, Sergio Aguero and Gabriel Jesus will have to drop out of the first-team.

City have quality in other areas, too. Yaya Toure hasn’t played a minute this season and Ilkay Gundogan is still finding his way back after a serious injury. Goalkeeper Claudio Bravo has had a difficult time since his move from Barcelona last summer but no team can call upon the sort of experience that the Chile international has as a back-up.

Even City’s youngsters — Phil Foden and Brahim Diaz — are already being talked about for their quality as teenagers. City’s second string aren’t far off behind as frightening a threat as the first-choice. — Jonathan Smith

It’s hard to put a strong case to suggest Liverpool’s strength in depth is superior to that of their rivals. It has been an issue that has been lingering ever since Jurgen Klopp arrived in October 2015. The lack of options in reserve, ultimately, cost Liverpool a chance at the title last season.

It’s something the Merseyside club attempted to address in the summer transfer window. While Alex Oxlade-Chamberlain is another body and brings versatility to the squad, Liverpool appear a little light in other positions. The lack of choice — and quality — at centre-half is glaring. Lucas Leiva, who departed for Lazio in the summer, played 31 times last season and was not replaced in the transfer window.

In terms of the final third, having Daniel Sturridge up front is an excellent option, but on the wings, the drop off when Mohamed Salah and Sadio Mane are absent is noticeable. There is also a lack of match-winning talent in midfield, albeit plenty of industry and energy.

Liverpool’s starting XI can compete with any side on any given day. However, it’s the lack of adequate depth that may cost them in the long run. — Glenn Price

Tottenham’s second XI is stronger than it was but still weaker than the club would like. It is probably the least strong of the Premier League’s top six clubs and nowhere near as good as Manchester City’s, especially in attack.

On the plus side, Kieran Trippier, Eric Dier, Ben Davies, Son Heung-Min and even Moussa Sissoko are all pushing for a spot in Mauricio Pochettino’s first team, while Erik Lamela and Harry Winks could join them when they make full recoveries from injury.

Defensively, Michel Vorm, Trippier, Dier and Davies are all dependable Premier League players and internationals, while Juan Foyth is a promising teenager on the verge of the Argentina squad, so Spurs have few worries there. Dier, Sissoko and Son can all cover more than one position, which adds to Pochettino’s options.

But there are not many game-changers, and the biggest problem is the lack of a like-for-like alternative to Christian Eriksen in attacking midfield. Neither Son nor Sissoko can pick a lock like Eriksen, while Lamela — the closest thing to the Denmark international in the squad — has been injured for nearly a year. Fernando Llorente is an experienced backup for Harry Kane but he is such a different player that Spurs will have to alter the way they play when he starts. — Dan Kilpatrick.