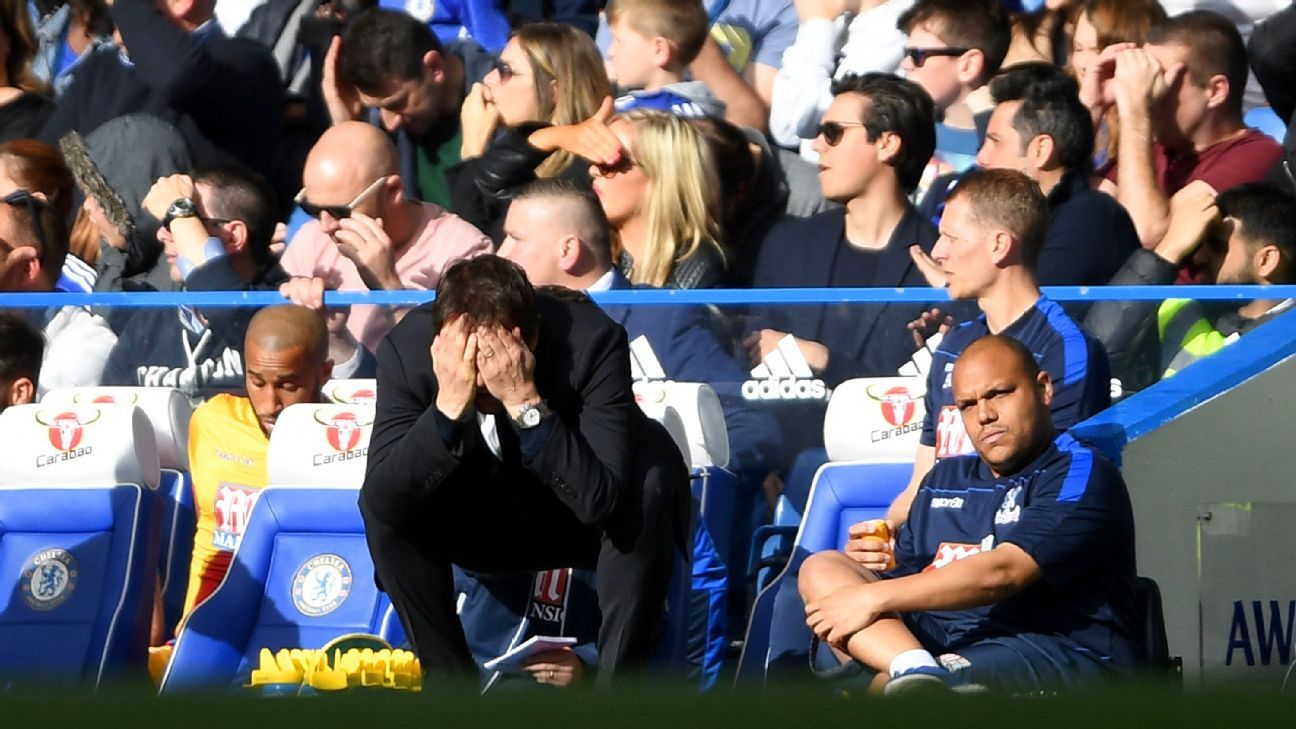 
If the opening weeks of the Premier League season have proved anything it is that no team is perfect.

Each of the contenders for the title and to qualify for the Champions League has weaknesses to address.

After scoring 10 goals without reply, last Saturday’s 2-2 draw at Stoke exposed something of a soft underbelly in central defence. Phil Jones has revived his Manchester United career under Jose Mourinho — a year ago he appeared destined for the scrapheap — but he is still prone to fundamental errors, and so is Eric Bailly, his first-choice partner. Both were guilty of mistakes as Eric Choupo-Moting scored twice.

United spent £31 million on Victor Lindelof, but 22 is young for a centre-back. Mourinho chose to prioritise a centre-forward in Romelu Lukaku and a midfielder in Nemanja Matic over spending more heavily on his defence. United’s left-hand side, where Daley Blind is an able stopgap at left-back and Matteo Darmian is still unsure of himself in his third season at United, had to be put on the backburner. And when Mourinho missed out on Inter Milan winger Ivan Perisic, United stayed short of players fully comfortable on the left.

John Stones grabbed two goals against Feyenoord on Wednesday in City’s 4-0 win but the sense pervades he is still much more a highly talented footballer than a top-grade defender. There is still time, yet when he joined up with Pep Guardiola last year, it was hoped the Catalan could help make him into City’s answer to Gerard Pique. Stones needs to become a far more instinctive defender to meet such expectations.

Meanwhile, alongside him, Nicolas Otamendi is a much more natural defender, hewn from the Argentine tradition, but is yet more mistake-ridden than Stones. Last week, before Liverpool collapsed after Sadio Mane’s sending off to lose 5-0, Otamendi was targeted time and again and seemed set to bend under pressure. Like most of their peers, City may regret not being able to land better players in central defence.

Chelsea: A lack of depth

The champions’ four successive wins and their performances since losing 3-2 to Burnley on the opening day have suggested the title will not be easily surrendered. Antonio Conte has swiftly rejuvenated the gritty element that pushed Chelsea to the top last season, but questions still remain over the depth he has at his disposal.

With Diego Costa banished, Alvaro Morata has made a scintillating start, scoring three goals, but should he break down or lose form, Michy Batshuayi is not a natural fit for Conte’s requirements of a centre-forward. Chelsea may come to rue losing out on Swansea’s Fernando Llorente to Tottenham.

Though Tiemoue Bakayoko looks to be settling well in midfield, the decision taken over Conte’s head to sell Matic could become another regret. And while Antonio Rudiger, Davide Zappacosta and Danny Drinkwater eventually also arrived, will any of them make Chelsea a better team than they were last season?

Tottenham: No Kane, no gain

Llorente would seem a better solution to the problem than the popular yet inept Vincent Janssen, now on loan at Fenerbahce, but should Harry Kane suffer a repeat of the ankle problems that ruled him out for two spells last season, Tottenham would be bereft. Kane’s qualities as target man, playmaker and inspirational leader rolled into one would be missed by any team, and he brings the best from Dele Alli and Christian Eriksen alongside him.

Spurs left it late to do business this summer but Davinson Sanchez, Serge Aurier and Llorente add quality to a squad that ran out of steam in both of the last two seasons when a little more energy might have brought a league title. There is, of course, the added problem of playing at Wembley instead of the fortress that White Hart Lane was last season.

Liverpool: Little case for the defence

Jurgen Klopp had two transfer targets in mind but neither arrived. Naby Keita will come next summer from RB Leipzig, while Virgil van Dijk has begun a reluctant return to life as a Southampton player. With goals conceded at a frightening rate, Liverpool’s season already looks as if it might be filled with yearning for that pair.

Even before Mane’s dismissal at Manchester City, Sergio Aguero had made it 1-0, bursting straight through a gate opened by a lack of organisation in midfield and Ragnar Klavan acting as a mere bystander. Klavan is no Van Dijk; instead, he is the type of cheap signing that Liverpool have for far too long hoped can sustain them. In fairness to the Estonian, he was standing in for Dejan Lovren, not much better than him during August’s 3-3 draw with Watford and in Wednesday’s 2-2 draw with Sevilla. Equally, Joel Matip has lost the command and assurance of his initial months at Anfield.

Klopp, meanwhile, has problems in both full-back positions. Nathaniel Clyne is out until December, while Alberto Moreno’s retention of the left-back spot suggests the Liverpool manager does not yet trust new signing Andy Robertson.

Arsenal: Wenger has nobody to answer to

The “amicable” departure of Dick Law, Arsenal’s transfer negotiator, has given some Gunners fans hope. The transfer window just closed was disastrous, and Arsene Wenger has been left with an ill-fitting squad in which the two stars, Alexis Sanchez and Mesut Ozil, will be out of contract next summer.

But can the departure of the unassuming Law change anything? Almost certainly not while Wenger remains in charge. Winning the FA Cup gave him justification to stay on, and it appears CEO Ivan Gazidis and majority shareholder Stan Kroenke had nobody in mind to replace him in any case. As other clubs modernise their structures, Wenger retains the type of control that managers like Bill Shankly and Matt Busby enjoyed half a century ago.

Until Wenger’s position changes, and that can only realistically happen through his departure, Arsenal’s continuing problems with their goalkeeper, defence and midfield remain highly unlikely to be answered.