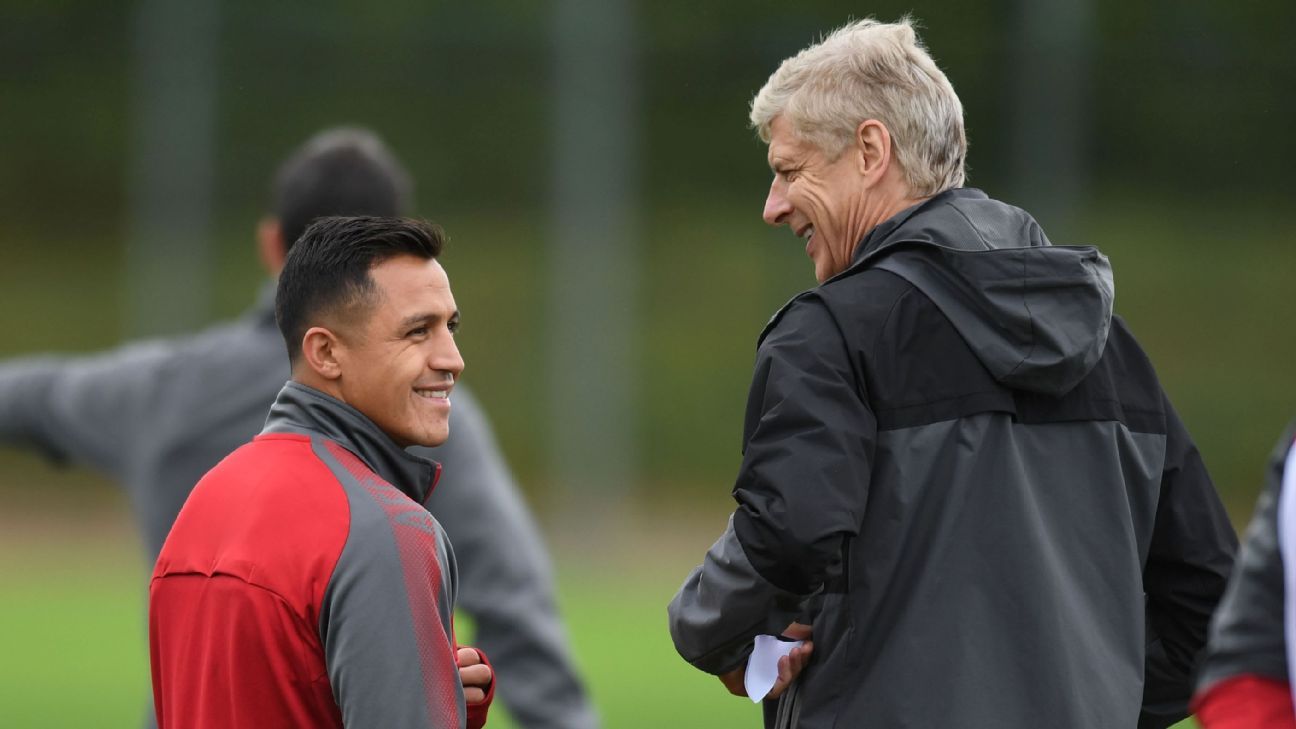 
The Premier League is back once again as Arsenal start the season by welcoming Leicester to the Emirates on Friday.

Here are five key storylines ahead of the first weekend of the new campaign.

Rather than focus on what might happen between Arsenal and Leicester, the long shadow of the transfer window looms, just as it will over several fixtures this weekend.

Alexis Sanchez’s untimely/timely abdominal injury (delete as applicable) gives Arsene Wenger a taste of life without his Chilean talisman. While Wenger has resolved to make his best player see out his remaining season, the next couple of weeks are bound to see raids from the likes of Paris Saint-Germain and Manchester City.

Wenger has become used to walking such tightropes down the years, but it is new territory to Craig Shakespeare. Leicester’s boss has overseen his first ever preseason as a first team manager, while having to field interest in a couple of his leading players. Danny Drinkwater is linked with plugging the gaps in Chelsea’s midfield, but he will miss Friday’s fixture with a thigh injury. Meanwhile, Riyad Mahrez handed in a transfer request at the start of the summer, only to find himself still a Leicester player as they face one of his possible destinations. Three bids from Roma have failed to land the Algerian, and he has a chance to impress Wenger, who has a transfer budget to spare.

While Newcastle are back in their rightful place after a season away, this is fresh territory for Huddersfield Town and Brighton & Hove Albion.

Huddersfield have not been in English football’s top division since 1972, while Brighton have waited since 1983. Two teams in blue and white stripes make their Premier League bows on Saturday. Town travel to Crystal Palace, a club working its way through a makeover from doughty South London club to Total Football aesthetes, after the arrival of former Ajax and Inter Milan manager Frank De Boer.

The deliberate playing style that De Boer has favoured will come up against the all-action frenzy that Huddersfield manager David Wagner prescribes. He likes his team to live to the club’s Terrier nickname.

And what of Manchester City? Last season, their first under Pep Guardiola, was something of a bust, especially considering the club had waited four years to get their man. They finished without a trophy in third place, having not challenged champions Chelsea whatsoever past the turn of the year. This is a season when City have to win the Premier League or Guardiola’s three-year tenure will face becoming one of the grandest let-downs in football history.

He can hardly say he has not been given the tools to work with. Bernardo Silva, £43m from Monaco, is a playmaker of huge promise, while a further £158.5m has been spent on the defence: goalkeeper Ederson and three full-backs in Kyle Walker, Benjamin Mendy and Danilo.

Walker, at £45m, became the most expensive defender in world football after leaving Tottenham, only to be surpassed by Mendy a few days later at £52m. And while they did not choose their own prices, that surely brings pressure on them.

A different pressure awaits Antonio Conte this season. No manager has defended the Premier League title since Sir Alex Ferguson in 2008-09, and the fate of recent title-winning bosses may be cause for concern. Both Jose Mourinho and Claudio Ranieri were sacked the following season, and Chelsea owner Roman Abramovich is no stranger to firing previously successful managers.

The vibes have not been good from Chelsea, with outcast Diego Costa still contracted to the club, Nemanja Matic allowed to join Manchester United and targets Alex Sandro and Romelu Lukaku missed out on. Last week’s loose showing in their Community Shield defeat to Arsenal on penalties gave off some bad vibes and Conte, who eventually signed a new contract in July amid interest from Inter and AC Milan (an increase only in his pay rather than his tenure) has not sought to defend some of those market misfires.

Burnley, despite selling their best defender and leading striker last season in Michael Keane and Andre Gray, will not make it easy on Saturday.

Mourinho is hardly one for beaming smiles these days, either, and he was grim-faced on Tuesday when Manchester United lost the Super Cup 2-1 to Real Madrid in Skopje, Macedonia. Though United faced Europe’s top team, the football they played did not suggest Mourinho has been a convert to the club’s cavalier traditions. United were most effective when Marouane Fellaini came on and the ball was repeatedly launched to him on the left flank.

Sixth place last term was not acceptable for a club of United’s spending, history and lofty ambitions. West Ham have not won at Old Trafford since May 2007, so United must expect to get their season off to a winning start. The pressure is on for Mourinho to continue his proud previous record of having won a title in the second season at each of Porto, Chelsea (twice), Inter and Real.