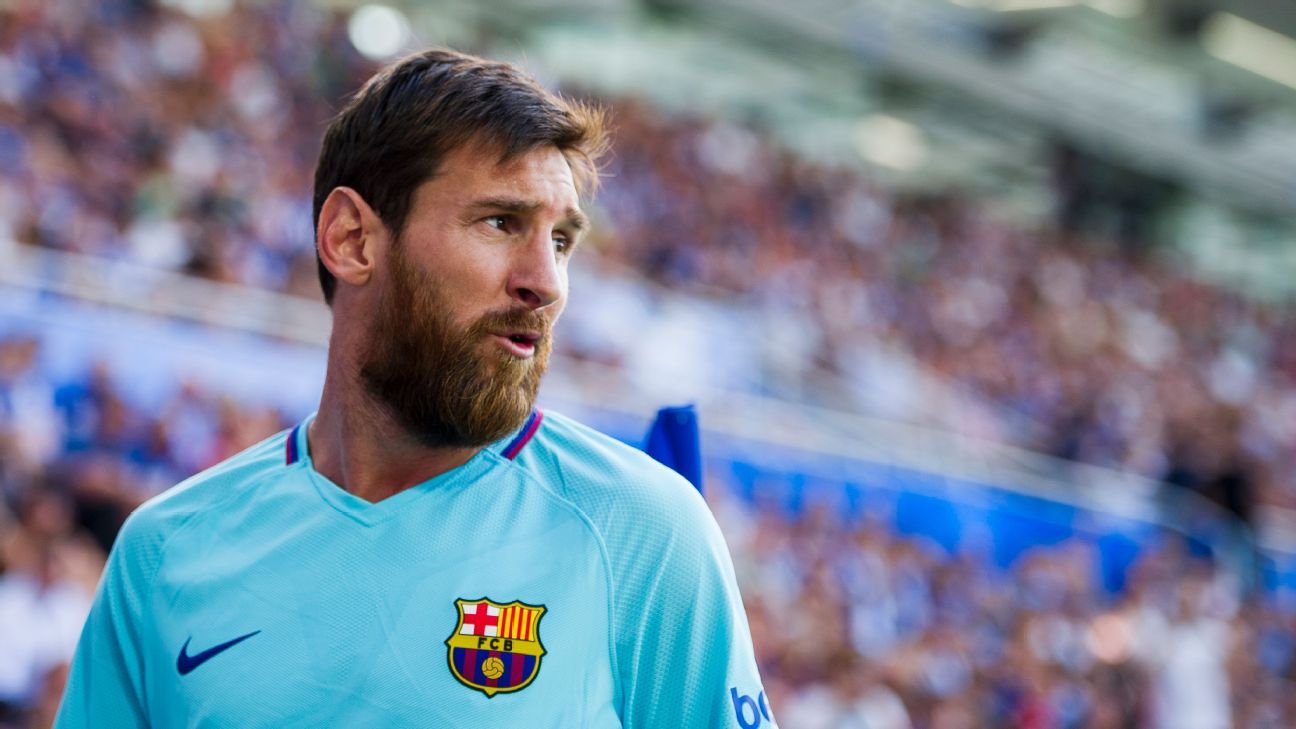 
BARCELONA, Spain — Once your queen has been taken, it’s often only a matter of time before the king is toppled and the game is over. Agusti Benedito hopes it doesn’t come to that, but he suggests, with the way the Barcelona board are managing the club, Lionel Messi following Neymar out of the Camp Nou is a very real threat. A threat that is adding support to the vote of no confidence he officially launched against president Josep Maria Bartomeu and his directors Friday.

Benedito, who has twice ran for the Barca presidency, says the institutional crisis at the Catalan club is so grave that Bartomeu and the board should resign immediately. Messi, he suspects, as well as other Barca players, are not ignorant to the situation.

“I am almost convinced that Messi, like all the players at Barca, is seeing the severity of the institutional situation at the club,” Benedito tells ESPN FC from his office on Passeig de Gracia in Barcelona.

“I think Leo is waiting to see what happens with the vote of no confidence, the signings that are made, how things are going in October, November. … He’s going to wait and wait. And with the way Bartomeu is going, with the team he’s building, I think it’s really clear that Leo, free, without a clause. … it could be worse than the Neymar case. This could be worse.

If Messi doesn’t sign his contract extension, he’s free to talk to other clubs from Jan. 1. In theory, he could walk away for free next summer when his current terms expire.

Messi’s contract saga is not the only thing worrying Barca’s socios — the 152,593 members who own the club. A difficult summer saw Neymar leave for Paris Saint-Germain, which was followed by a scramble for replacements and new signings that didn’t end particularly well, save the arrival of Ousmane Dembele for a club-record fee.

Results have also dipped since Bartomeu was elected on the back of a Treble in 2015. Only the Copa del Rey was won last season, while Real Madrid lifted La Liga and the Champions League. Zinedine Zidane’s side then beat Barca 5-1 in the Spanish Super Cup last month and the capital club’s current superiority — as admitted by Gerard Pique — has become another burden for the board.

All of this has contributed to the growing support for Benedito’s motion — a hashtag urging Bartomeu to resign even trended worldwide on social media during deadline day in Spain — but they’re trivial matters when compared to the real reasons he brought about the vote of no confidence.

“My reasons are very deep, very strong and very solid,” Benedito says. “The vote of no confidence is no small thing. Institutionally it’s a very violent matter; it’s very powerful.

“I highlight two main elements. Firstly, the shameful agreement Bartomeu made a year ago in Barca’s name with the public prosecutor, in which he agreed to condemn the club for a tax offence [after they had been accused of concealing part of Neymar’s transfer fee] and paid a fine of €5.5 million. He did that to save himself and [former president Sandro] Rosell from prison.

“Then everything became more complicated with the arrest and detainment of Rosell at the end of May. He was detained for a very serious matter, which in the end has been related to Qatar and the scandalous designation of the 2022 World Cup. We’re looking at the biggest corruption and bribery scandal in the history of football. There are people in prison. And that’s affected Barca through Rosell’s [involvement].

“For that reason, Barca’s relationship with Qatar through Rosell, [Javier] Faus and Bartomeu — because those three guys go together — plus the acceptance of [the Neymar tax crime], is cause for [the board] to go. Both cases merit an immediate resignation — not even considering other problems.”

Barcelona welcome the democracy that allows such a process, but they question the timing of Benedito’s campaign.

“I am pleased to say that the socios, who are the owners of this organisation, can bring about actions such as this one,” vice president Jordi Cardoner said last week. “But now is not the right time to do it and for our part we believe that these type of events are more suited to the end of season, when an evaluation, both sporting and of the board, can be made and not when competition has just begun.”

They are right: Ernesto Valverde and his players need the focus on the pitch. However, for Benedito, who first announced his intentions at the beginning of June, the timing could not be better given what has been a turbulent summer, as evidenced by the tense news conference directors Albert Soler and Robert Fernandez were forced to give after the transfer window had closed.

Contacted by ESPN FC, Barca said there would be no further comment beyond what Cardoner has already said at this stage.

Meanwhile, the first cracks are starting to appear. Journalist Joan Vehils, writing in Diario Sport, says Bartomeu is “not happy with the work of his board or the attitude of some of his directors. He knows that the players, including Messi, can’t stand one of the vice presidents, Jordi Mestre. In fact, he would like to renew the board but he knows that the statutes don’t allow it unless they resign.”

Benedito says he can see the cracks, too. He doesn’t rule out Bartomeu resigning before the vote of no confidence has time to pick up pace.

“Why did Rosell resign?” he asks, referencing the resignation of Bartomeu’s predecessor three years ago. “In theory over the Neymar [transfer], but the reasons he gave were because he and his family were receiving threats. Look at the club’s statement from [August], when they complained Bartomeu was receiving threats after the Paulinho deal. For me, that was a sign, a sign that they were laying the foundations in case Bartomeu resigns. And it’s urgent that he does.”

If Bartomeu stands his ground — he has reiterated previously he won’t resign — then Barca could be in for a long, bitter game of chess.

In the first phase, Benedito needs 15 percent of socios to sign up. The caveat is that only socios over the age of 18 and that have been members for over one year can participate. Barca say that means he needs 16,570 signatures from a field of 110,468. He will have 14 working days to get them, during which time there are games at Camp Nou against Espanyol and Juventus.

Providing the target is reached, the next stage would be a referendum. A total of 66.6 percent of voters would need to go against the board for an election to be called and for Bartomeu and his board to be booted out.

Benedito says he would run, for a third time, for the presidency, although he insists that’s not his primary aim. He wants to clean up the club. It’s not clear who would be favourite to win an election — Joan Laporta, Toni Freixa and Victor Font are potential candidates, too — but there’s a long way go before then. Bartomeu’s under pressure, but he’s not in checkmate yet.