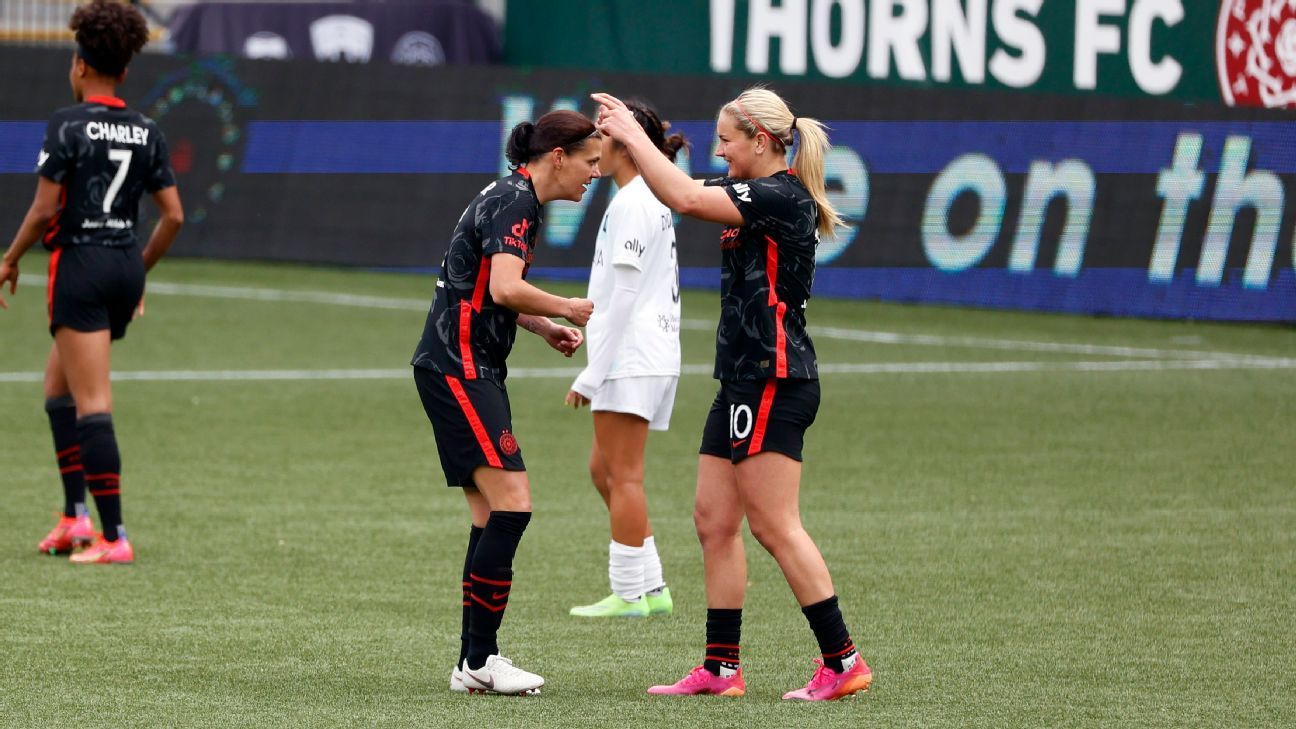 
Morgan Weaver buried her penalty kick after Portland goalkeeper Adrianna Franch stopped Nahomi Kawasumi’s attempt, and the Thorns won the NWSL Challenge Cup tournament on a penalty shootout after a 1-1 draw with Gotham FC on Saturday.

The Thorns did not drop a match in the NWSL preseason tournament.

“Wow, wow, wow, look at everyone here,” Weaver said in a self-shot video from the field after the game.

“So awesome of you guys to be here, so happy to celebrate with you, such a great game. So happy we won, and remember — go Thorns always.”

Gotham, previously known as Sky Blue before an offseason rebrand, won a pair of group stage games, including a 4-3 victory over the North Carolina Courage.

Christine Sinclair’s bending strike in the eighth minute gave the Thorns an early lead on Saturday. It was her second goal of the tournament.

The Canadian forward became the NWSL’s active leader with 60 career goals. North Carolina’s Lynn Williams has 59. Sinclair holds the record for most career international goals, among men or women, with 186.

Portland’s Lindsey Horan had a free kick from a dangerous spot out in front of the goal in the 39th minute, but it hit the post after going over the wall.

Gotham broke through in the 60th minute on a header from Carli Lloyd. It was Lloyd’s second goal of the tournament.

The Thorns had an opportunity in the 72nd minute, but Simone Charley’s shot from close range was cleared off the goal line by defender Mandy Freeman. It appeared Charley had a goal some five minutes later, but she was ruled offside, and the game went to penalties.

The match, broadcast nationally on CBS, had an early start, at 10 a.m. local time.

When the match was finalized last week, it appeared that fans would not be allowed in Providence Park. But Oregon Gov. Kate Brown reduced the coronavirus threat level in Multnomah County on Tuesday, and some 4,000 spectators attended the game.