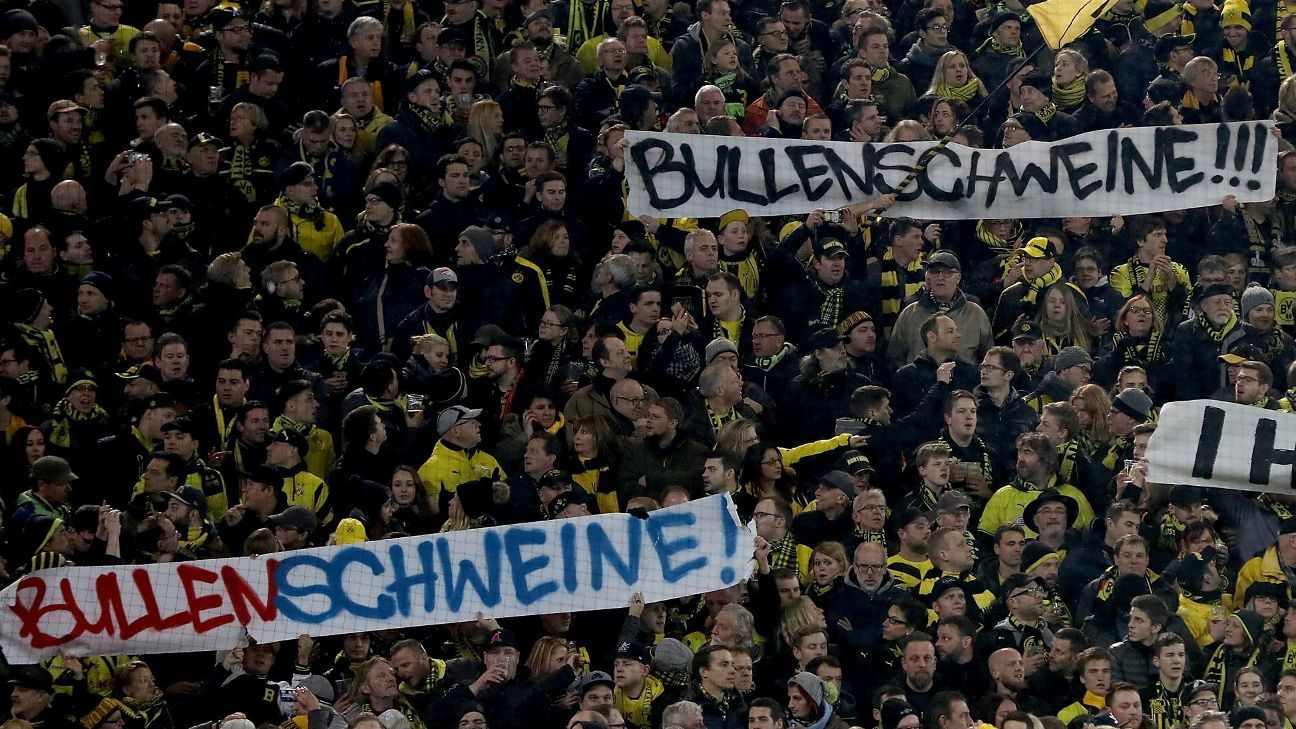 
Borussia Dortmund supporters are set to continue their protests against RB Leipzig when the clubs meet at the Westfalenstadion on Saturday.

In February, there were outbreaks of violence before the game between the two sides in Dortmund, with visiting fans attacked. Ten Leipzig supporters and four police officers were injured.

Dortmund police have told “hooligans and criminals” that they will make “huge efforts” to protect away fans from “harassment and attacks.”

But supporter alliance Sudtribune Dortmund said they would voice their opposition to RB Leipzig, who are funded by soft drink manufacturer Red Bull and have been the target of protests from fans of several other clubs.

“[Red Bull owner] Dietrich Mateschitz’s project is to be scorned as much today as it was back then,” a statement on the Sudtribune Dortmund website said, accusing Red Bull of using football as a marketing platform.

The organisation has called for a march to the Westfalenstadion to show that “for no money in the world can you buy fanaticism, loyalty and a free and mature fan culture.”

Dortmund police said they would be stepping up security for the evening match.

A statement said there would be a low threshold for police action, with more than double the amount of officers on duty than had been the case for February’s match.

“On Saturday, our concept is clearly geared to protect Leipzig and Dortmund supporters from being harassed and attacked by hooligans and criminals, who do not deserve the title ‘fan,'” Dortmund police president Gregor Lange said.