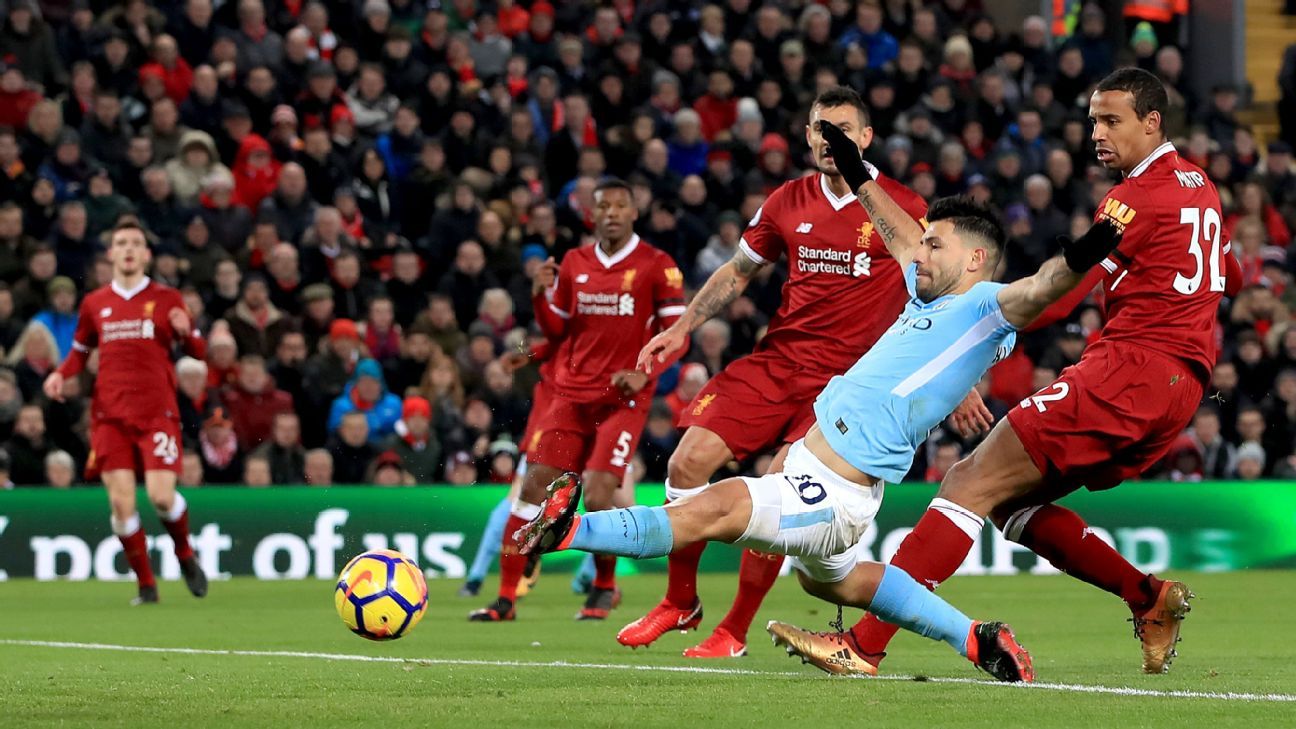 
Police have said they will clamp down on Liverpool supporters planning a hostile reception for Manchester City ahead of the Champions League quarterfinal first leg at Anfield next month.

A social media campaign has urged Liverpool fans to converge on the streets leading up the ground with pyrotechnics and flares before kickoff.

City declined to comment on what the campaign described as a “coach greeting,” but sources told ESPN FC that club officials are concerned and are likely to speak to both Liverpool and the police, seeking assurances about safety for the team and supporters’ coaches.

The City team were given a hostile welcome by fans when they arrived at Anfield ahead of a Premier League game in 2014 when both sides were going for the title.

A minibus containing City fans was pelted with bricks and stones, but nobody was injured.

Merseyside Police said they were aware of the plans for the Champions League match and warned that they would not tolerate “dangerous and reckless” behaviour before or during the game.

“While recognising that some supporters feel they can add to the atmosphere of the occasion, the use of flares and other pyrotechnics at and around football matches is a concern,” Superintendent Paul White said in a statement.

“We fully support the club in working to eradicate this dangerous and reckless practice and would ask that supporters work with us.

“The police and courts take these offences very seriously and prosecution can result in a prison sentence.

“I would remind people that this can apply not only within the stadium, but also in the surrounding streets and when attempting to enter the ground.”

City and Liverpool meet for the second leg at the Etihad Stadium just six days later, and there are concerns that any problems in the first leg could prompt similar scenes in Manchester.