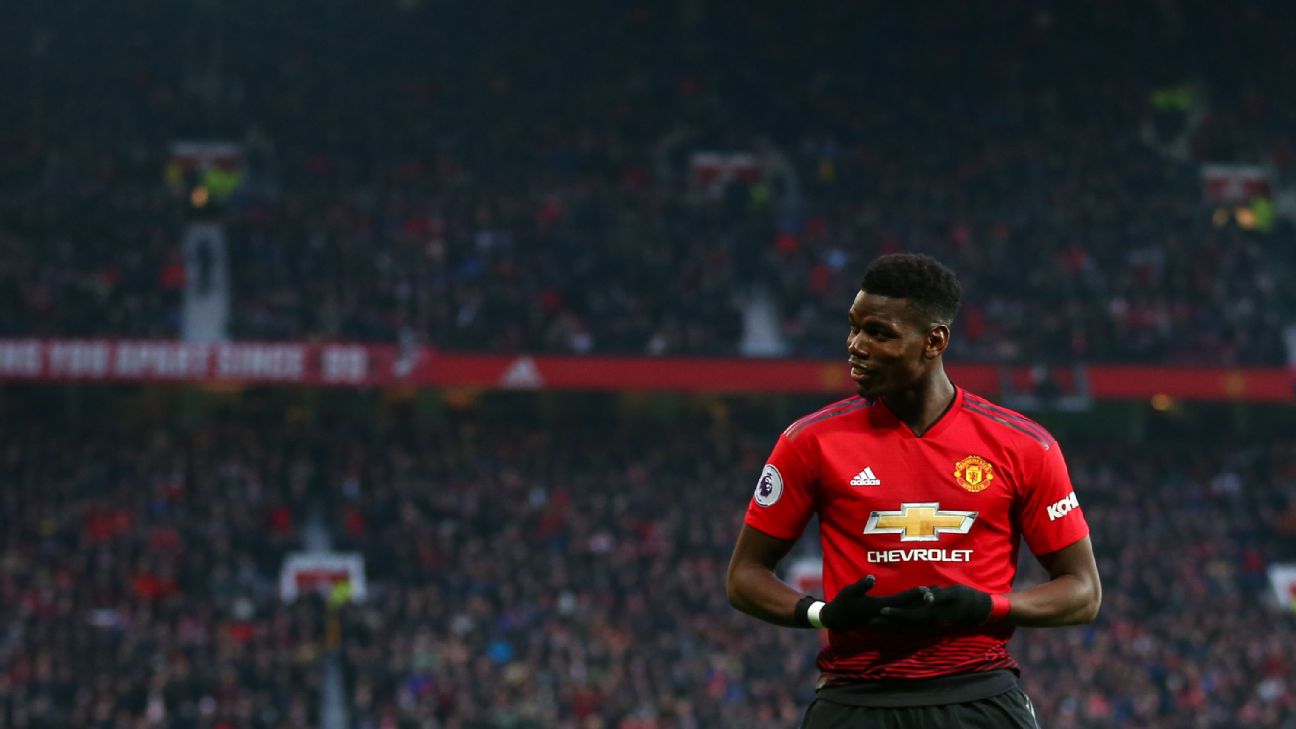 
Paul Pogba would only leave Manchester United to go to Barcelona or Real Madrid, his brother has told AS.

Florentin Pogba said Manchester City were the only other club at which the midfielder could improve, but added that the 25-year-old would snub a move to the Etihad Stadium.

“When my brother eventually leaves Manchester United he can only go to three teams to improve — City, Real Madrid or Barca,” Florentin said.

“He will not go to City, so he will come to Spain, either to Barca or Real Madrid.”

Pogba rejoined United from Juventus in 2016 for what was then then a world-record fee of £89.3m.

He was linked with a move to Spain in the summer as his relationship with former boss Jose Mourinho deteriorated, while Florentin said both Real Madrid and Barcelona had shown interest when he left Serie A to return to England.

“When he was at Juve he could have gone to Barca, but he was determined to return to Manchester where he had not succeeded in his first spell,” he said.

“There was also a move made by [then Real Madrid coach Zinedine] Zidane, although his desire was to return to England.”

After finding himself on the bench during Mourinho’s final weeks in charge, Pogba has been rejuvenated under caretaker manager Ole Gunnar Solskjaer.

The France international has scored five goals in six starts under Solskjaer and been told by the former United striker that he will be considered for captaincy duties four months after being stripped of the role by Mourinho.

“Mourinho’s departure has been key,” Florentin said. “He wasn’t happy, and you could see that. Now with Solskjaer everything has improved. He knows my brother from the Manchester [United] reserves.”

Transfer Talk – Manchester United could move for Leicester’s Wesley Fofana this summer
Copa America is as uncertain as ever as pandemic continues in South America
Mourinho, Spurs’ uneasy alliance ends with no trophies and overwhelming disappointment
Football matches must be shortened
Milan’s Mandzukic foregoes March salary after injuries