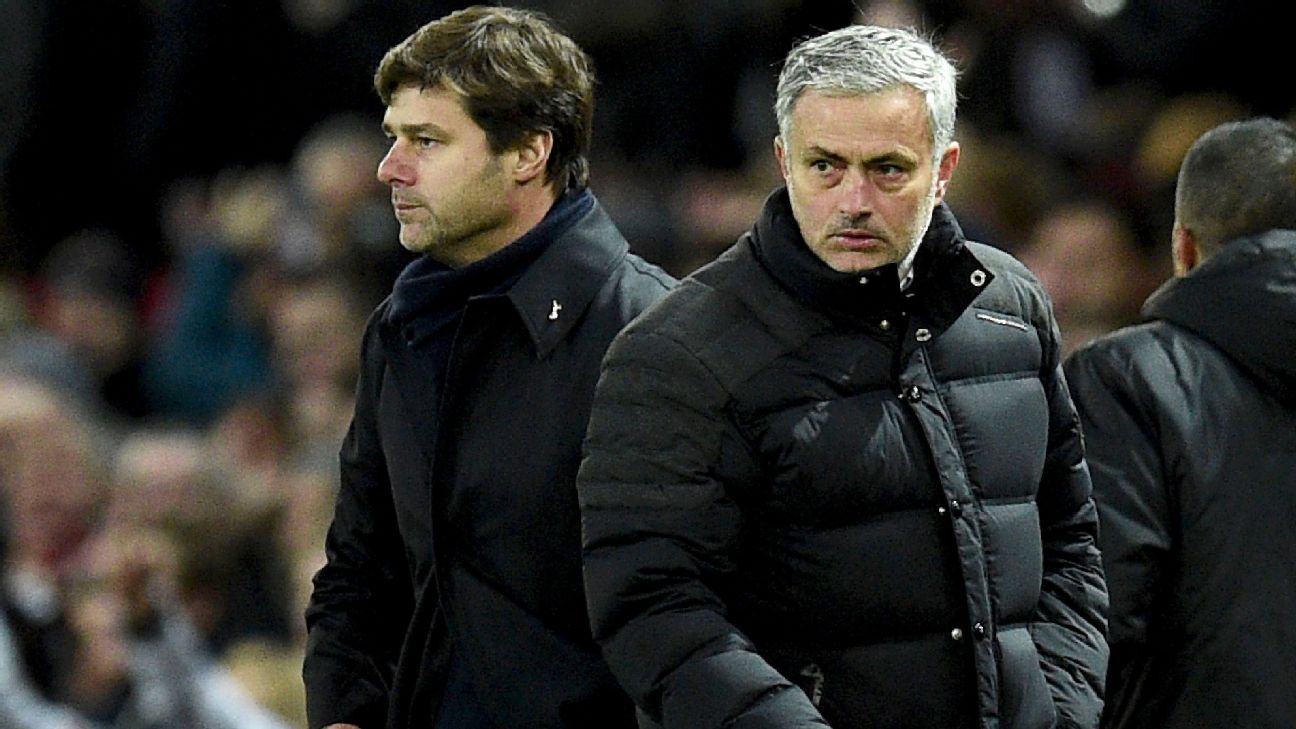 
They probably did not coordinate their efforts across continents, but it nevertheless felt that way. It was a pincer movement from east and west comprising of attempts to apply pressure to Tottenham. It was conducted by Antonio Conte and Jose Mourinho, one the reigning champion and the other, one of the most decorated managers ever.

Conte took aim from Asia. Mourinho’s less-than-friendly fire came from America. The Manchester United manager was at his magnificently illogical best when discussing Spurs and comparing their transfer business to the £200 million that Manchester City have spent. “There is another team that I feel the dimension of their investment is also phenomenal: Tottenham,” Mourinho told national newspapers when in Washington, D.C.

Coincidence? Perhaps. The reality is that, sizable as Tottenham are, they are scrutinised less than Chelsea, Arsenal, Liverpool and both of the Manchester clubs. The sense is that Pochettino’s peers are envious of the Argentine. The implication is that they believe he is granted a free pass, applauded for his faith in youth, capacity to improve players and entertaining, tactically flexible football, but spared criticism when he does not actually win anything. The impression is that they want to change perceptions and expectations, to end a culture in which Spurs are praised for coming close and others are condemned for not finishing first.

Their argument may be that they want a level playing field. Pochettino is entitled to point out that it is not flat. It is very probable Spurs’ wage bill will only be the sixth-biggest in the division and significantly smaller than United’s. Tottenham’s transfer profits this summer will reach the £50m mark if all the add-ons from Kyle Walker’s move to City are triggered. The rest of the top six have forked out over £600 million between them, even if Chelsea’s spending in particular is alleviated by outgoings.

“Until now they spent zero pounds, right? They keep everybody they want to keep,” said Mourinho, although his squad has not been disrupted by any unwanted sales, and if it were such a master plan, he would have been spending nothing every summer for years. Perhaps the rationale is that Tottenham have, as some think, the strongest starting XI in the division (although definitely not the deepest group) and have been the outstanding side for large swathes of the last two seasons. Mourinho undermined his case by describing the investment in Harry Kane, Dele Alli, Eric Dier and Toby Alderweireld — a combined cost of £19.5m, or about 60 percent of Victor Lindelof — as “phenomenal.”

Yet the significant element is not so much the thinking that underpinned it, but the fact that Pochettino is in Mourinho’s line of fire. Some of those who have felt the force of his tongue were easy targets, men Mourinho wound up for the sheer enjoyment, but many were singled out because they were threats. At different stages in his career, Arsene Wenger has belonged in both categories, but it has long been a gripe of his that Wenger is treated differently.

“There are some managers, the last time they won a title was 10 years ago, the last time I won was a year ago,” he said last summer. He has added two more major honours since then, albeit while finishing 17 points behind Tottenham, but Pochettino has never won a trophy. He is the exception among the six supercoaches who have a combined 24 top-flight league titles to their names. It is a mitigating factor that Tottenham have not secured silverware since 2008, but the longer that remains the case, the higher the profile that statistic may assume, at least if other managers highlight it, and the more that may reflect on Pochettino.

Mourinho has not yet branded Pochettino a “specialist in failure,” as he once termed Wenger, but the manager who took Spurs to their highest league finish in half a century may find a repeat brings sniping among the paeans of praise. Conte is newer to mind games (in England anyway), and given how many things have proved sackable offences under Roman Abramovich, he may have been referring jealously to his counterpart’s easier working conditions, but citing Pochettino’s European record felt pertinent. Spurs were dismal in continental competitions last season and their manager escaped largely unscathed, a luxury none of the managers at the other top-six clubs would be afforded.

If Wenger, Jurgen Klopp and Pep Guardiola are less likely to join in, it will be instructive if Mourinho and Conte can shape popular opinion. Tottenham will not be underachievers if they do win the title; indeed, financially they will be punching well above their weight if they finish in the top four again. Yet perhaps some of their peers want inquests instead of applause, fault-finding rather than fanfare.