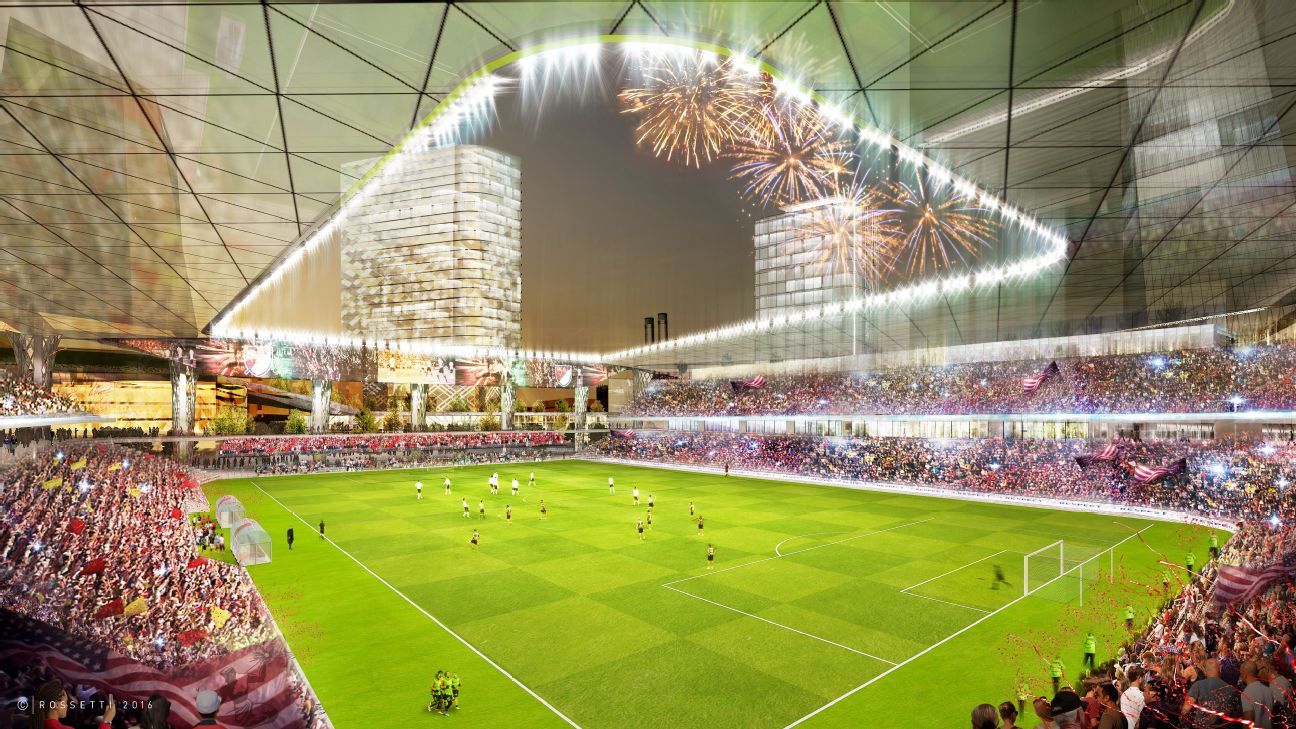 
Detroit Pistons vice-chairman Arn Tellem, one of the leaders of the city’s bid for an MLS franchise, has said he believes a rising appetite for the game in Michigan means it will be a success.

Detroit is due to make its case for a franchise at a presentation to MLS commissioner Don Garber and league officials next month.

And Tellem feels a growing local interest, along with a young fan base and MLS’s eagerness to grow the game in inner cities, means Detroit’s bid can succeed.

He told the Detroit Free Press the proposal would give young players the chance to “develop in soccer” through an academy.

And he added: “There is a real desire from the MLS to develop players from the inner city as they try to broaden their game and make it more diverse in the states.

“Part and parcel with owning the team, we will have a soccer facility and practice facility and an academy to give young people the opportunity to develop in soccer, whether they play professionally or not.”

Tellem said both boys and girls would be able to “use that as a tool to be able to get college scholarships.”

The Detroit bid is one of a dozen submitted to join MLS in 2020, and earlier this year Dan Gilbert — the founder of Quicken Loans and the owner of the NBA’s Cleveland Cavaliers — put forward a plan to build a stadium on land formerly earmarked for a prison.

The presence of a football-specific venue will be a key element of the MLS decision on which bids to accept.

The league plans to add two teams in 2020 and another two in 2022, and Garber, asked about bidding cities during the summer, said “the energy is off the charts” in Detroit, Cincinnati, Nashville and Sacramento.

Tellem said he was hopeful that Garber and league representatives would visit Detroit next month, adding that he believed the backing of Pistons owner Tom Gores and Gilbert made the city’s bid a powerful one.

“Because of such a unique partnership with Dan and Tom, our ownership is very strong,” he said. “Both are seasoned sports owners who are committed to winning and doing it first class.”

Modric’s Real Madrid contract extension agreed
Super League suspended – Why English clubs pulled out, and what’s next for them and UEFA
Greenwood goals boost Man United’s faint Premier League title hopes. They couldn’t, could they?
I don’t know what will happen in summer
UEFA focused on money, not listening to players, managers