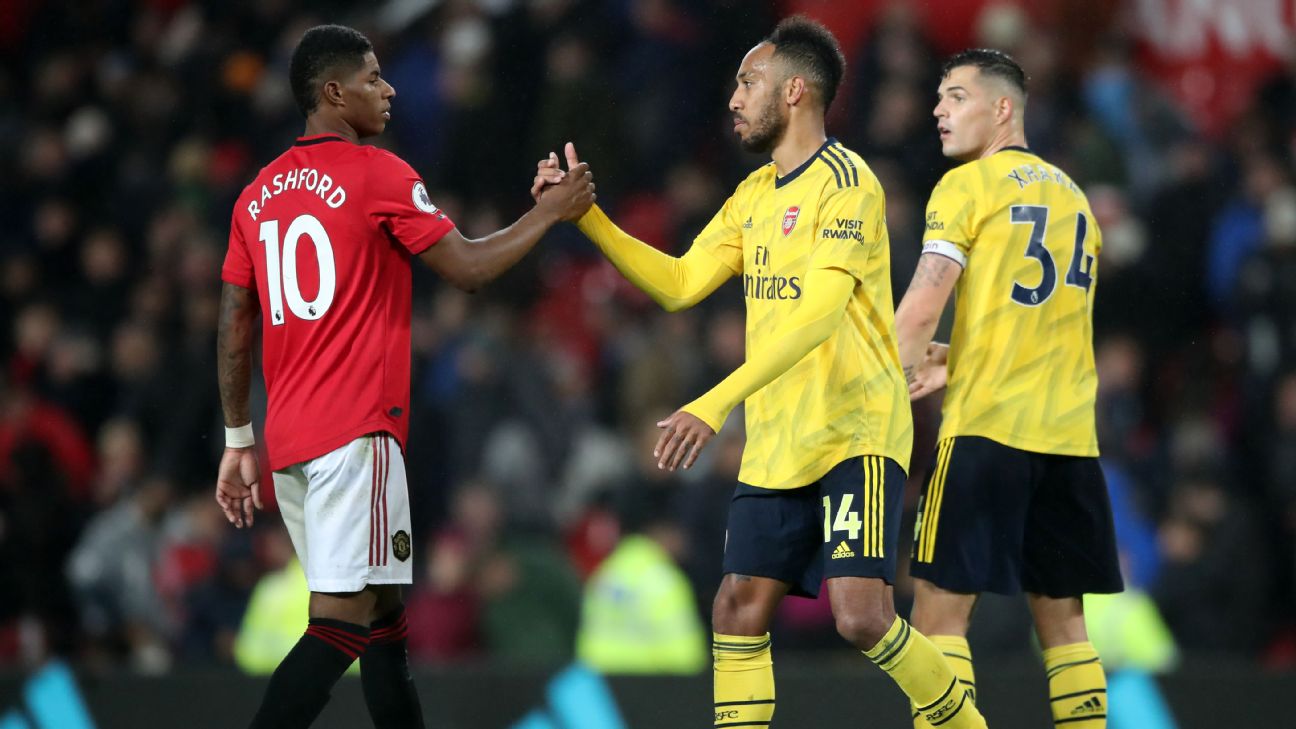 
MANCHESTER, England — Ole Gunnar Solskjaer was right. You really don’t need to be a rocket scientist to realise that Manchester United’s problems this season stem from their inability to score goals, but equally, if you get rid of two proven goal-scorers, you have only yourself to blame if the goals dry up after failing to sign a replacement.

In January 2018, Arsenal allowed Alexis Sanchez — remember him? — to leave the Emirates to sign for United and, in his place, the Gunners spent a then-club-record £57 million to sign Pierre-Emerick Aubameyang from Borussia Dortmund. For all of Arsenal’s faults, and this 1-1 draw at Old Trafford exposed quite a few, they did not make the mistake of leaving themselves without firepower when Sanchez left and Aubameyang, whose equaliser in this game secured a point, has rescued his team on several occasions since arriving from Germany.

United, of course, sold Romelu Lukaku to Inter Milan this summer before allowing Sanchez to follow him to the San Siro on a season-long loan, leaving Marcus Rashford, Anthony Martial and 17-year-old rookie Mason Greenwood as the club’s only three forwards. Rashford has now scored just once from open play in his past 16 games, the inconsistent Martial is injured (again) and Greenwood has done well, with two goals in six appearances, but he is a kid who cannot be relied upon to shoulder the goal-scoring burden for a club of United’s size and expectations.

The reason United have now made their worst start to a league season since 1989 is because they simply cannot score goals, and it was the same against Arsenal, with United failing to score more than once yet again.

“I thought, ‘How many times have we been 1-0 up and not got the second goal?'” Solskjaer said. “This is a steep learning curve for us, and we’ll keep working hard and with more experience, we’ll make the right decisions.”

United have scored nine league goals all season, and four of those came in the 4-0 opening-game win against Chelsea. The drought is as much down to the lack of creativity in midfield as it is to the absence of an experience goal-scorer, but United’s problems are self-inflicted because they could have replaced Lukaku and Sanchez but failed to do so.

Aubameyang, who has seven league goals this season, is an example of what they are missing, and the Gabon striker’s stats are an indictment of United’s bluntness up front. In the past 17 games in all competitions, United have scored just 15 goals collectively — Aubameyang has scored 17 goals on his own.

If Aubameyang were United’s player rather than Arsenal’s, Solskjaer’s team might now be sitting pretty in the top four, with a world-class forward regularly converting chances and putting the ball in the back of the net. But he is Arsenal’s best hope of finishing in the top four, and it is to the club’s credit that they were smart enough to sign him to replace Sanchez.

If there is a gaping hole in your team, you have to fill it. Arsenal did that, but United haven’t, and they have now left themselves at the mercy of the January transfer market, when their desperation for a goal-scorer could lead to yet another expensive mistake.

Yet while Arsenal have the guy who can turn defeat into a draw or a draw into victory, they will also have left Old Trafford knowing they missed a golden chance to beat United on their own patch for the first time since 2006. United, who took a first-half lead through Scott McTominay’s 20-yard strike, were there for the taking, but Arsenal lacked the belief to take the game to Solskjaer’s team.

Maybe they went into the fixture believing that it was still the cagey affair of the Sir Alex Ferguson-Arsene Wenger era, when the titanic tussles between two great teams were often settled by the odd goal. But this game is nothing like it used to be. Both United and Arsenal have big problems to solve, but Arsenal at least have goals in the team, and that’s why they have the edge right now.

Had they backed themselves more, Unai Emery’s players would have taken all three points from this game and further deepened the gloom at United. In the end, they had to settle for a point, thanks to Aubameyang, the man with goals in his boots.

Arsenal are a better team than United right now, and they should have proved that by winning this game, as Emery admitted.

“I want more — more in the result and in the performance — but we are progressing,” the Arsenal manager said. “We were competitive, but we can do better. We can control moments with the ball better and take more chances in the box.

“We are very happy with [Aubameyang], and he is with his goal. But we need more players with the ability to score.”