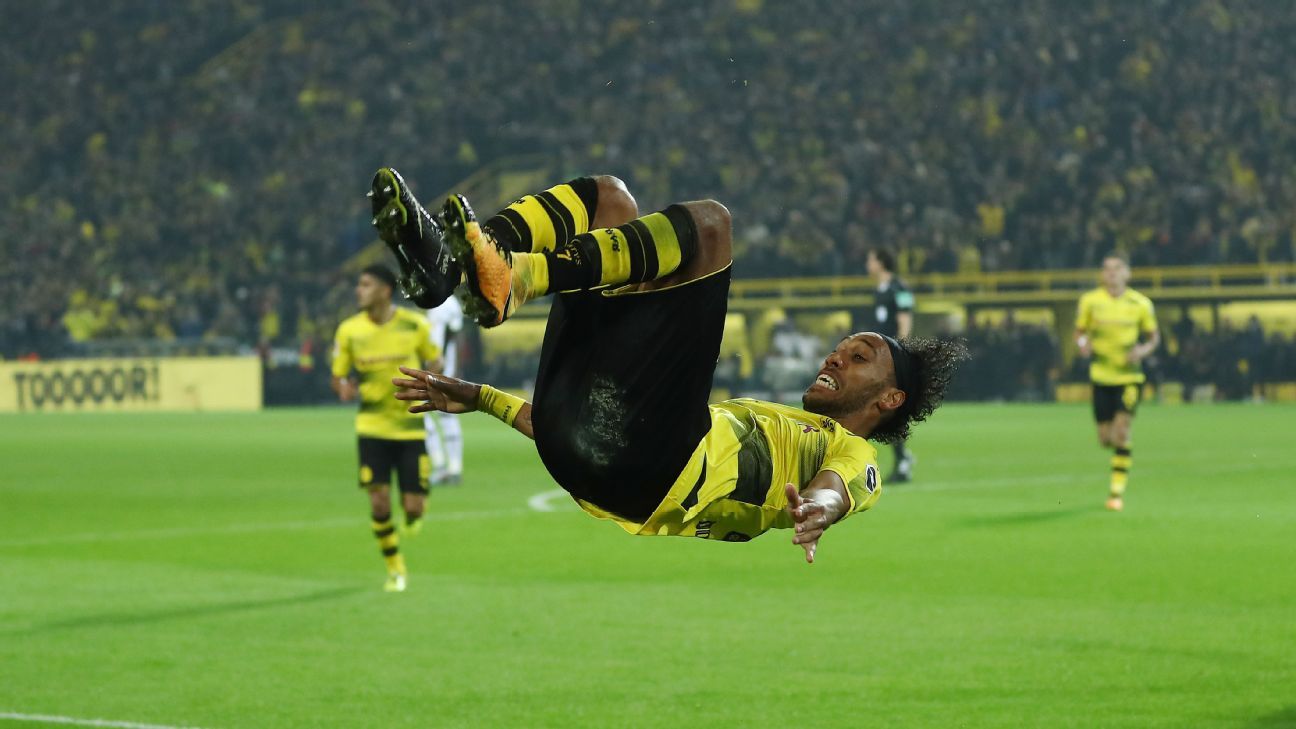 
Pierre-Emerick Aubameyang has said Borussia Dortmund “are my family” as the club left the question of whether he will be allowed a transfer next summer open.

Aubameyang, last season’s Bundesliga top scorer, had been expected to leave Dortmund in the summer, with club and player having reached an agreement that he could go if the right offer was received.

He was linked with AC Milan, Paris Saint-Germain and the Chinese Super League during what was a record-breaking summer transfer window, but no move arrived.

“There was an agreement for this summer,” Dortmund sporting director Michael Zorc told Sport Bild. “We always said he’d be free to leave for the right offer until a certain date, but this offer was never made.

“It doesn’t mean that there is one [an agreement] for next summer.”

Aubameyang, under contract at the Westfalenstadion until 2020, has eight goals so far this season, joint top with Bayern’s Robert Lewandowski, and told Sport Bild: “I’ve always felt good at Borussia, and this is still true today. BVB are my family.”

Zorc praised Aubameyang for having been “very professional” after no summer move materialised and said: “It’s only human that he was a bit disappointed at first.

“We are delighted that he stayed. Auba has an implemented goal guarantee — not a lot of players have that.”