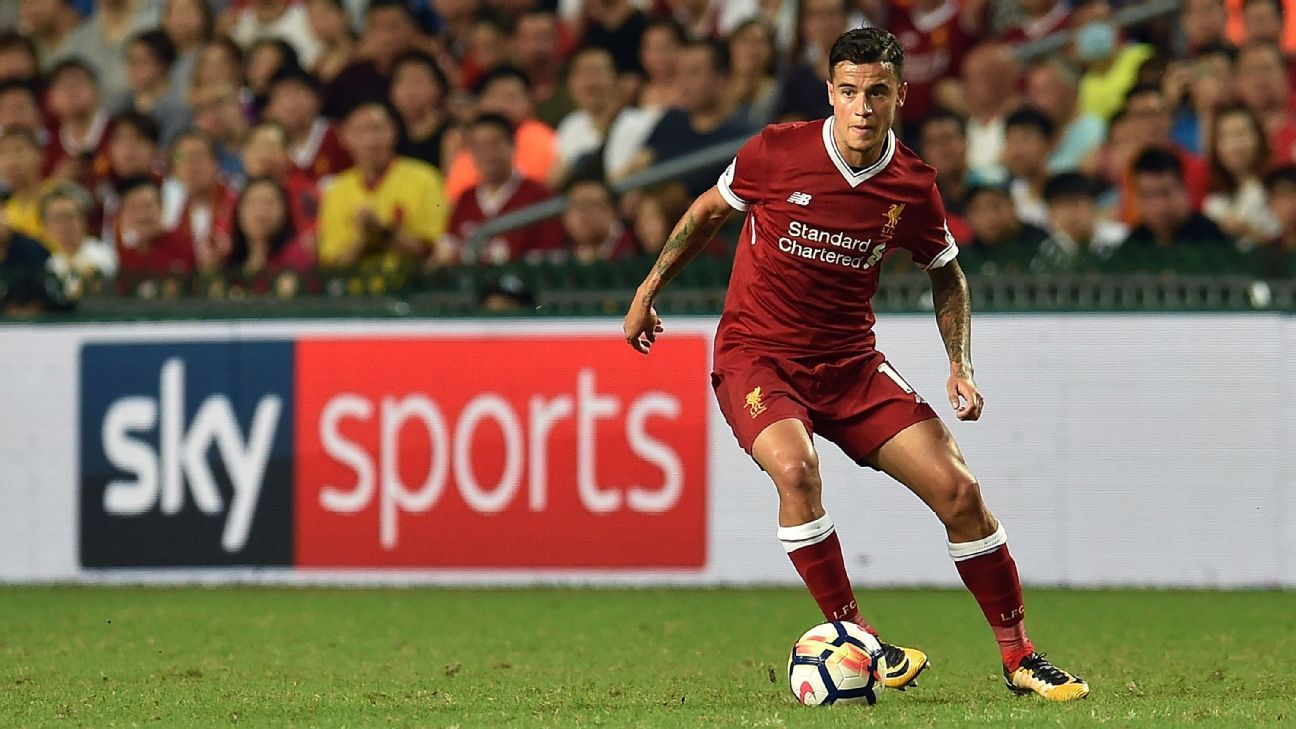 
Philippe Coutinho has told Liverpool he wants to leave and join Barcelona, sources close to the player have told ESPN Brasil.

Sources close to Liverpool told ESPN FC earlier on Tuesday that Coutinho was not for sale, but ESPN Brasil’s sources believe the English club may now have to accept an offer after the player spoke to Jurgen Klopp about his desire to leave.

Having rejected a £72 million offer last month sources told ESPN FC that Liverpool informed Barca the 25-year-old will not be sold for any price, while manager Klopp said last week that the Catalan side can “save their energy” in their pursuit of Coutinho.

However, ESPN Brasil’s sources suggest Coutinho is willing to hand in a transfer request in order to push a deal through, while his entourage have asked Barcelona to raise their bid in order to force the issue with Liverpool and a new €100m offer is expected.

The move is being led by Coutinho’s agents Kia Joorabchian and Sam Kohansal, who also hope to negotiate a move for Paulinho to join Barca from Guangzhou Evergrande in the coming days.

Despite Neymar’s €222m sale to Paris Saint-Germain, the sources said Barcelona do not plan to overspend on Coutinho.

Former Liverpool captain and manager Graeme Souness, meanwhile, says the Premier League club will struggle to keep hold of Coutinho as it is hard for a player to turn Barcelona down.

“I don’t think you can [keep him],” Souness told Sky Sports. “The chance to play for a team that would suit his style of play, I don’t think he can say no to it, as hard as that is for Liverpool to accept.

“Ultimately if he wants to go he will go, as much as the club won’t want him to. He’s on a contract but if the big players want to go these days then they get their own way.”

Fellow former Liverpool captain Jamie Carragher says his old club may be able to hang on to Coutinho for now, but face a battle in keeping him away from Barca further down the line.

“I don’t think he will go. But he will want to go and wear that shirt,” he told Sky Sports. “Who wouldn’t want to go? It’s Barcelona.

“I’m sure whether it’s this summer or next summer Philippe Coutinho will want to wear that shirt and go to Barcelona. There’s nothing wrong with it. That’s football.”