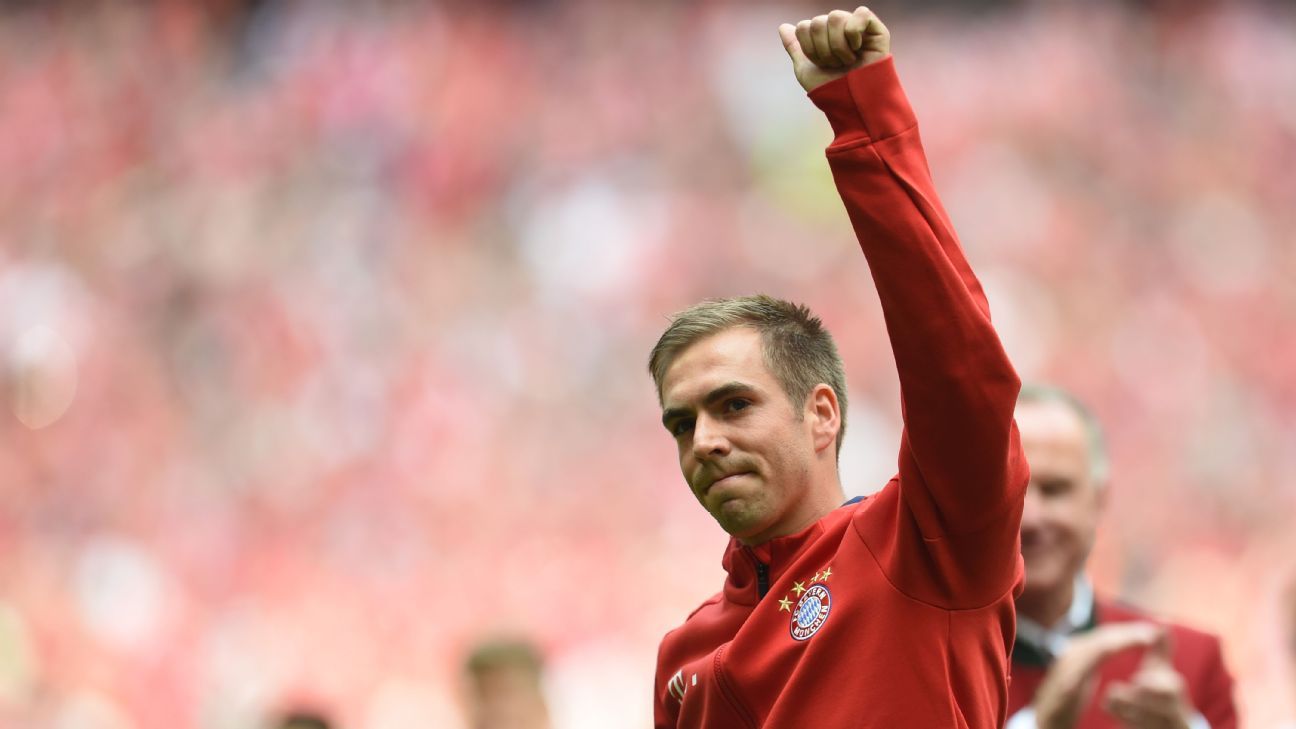 
Former Bayern Munich man Philipp Lahm has been named Germany’s Footballer of the Year for 2017.

Lahm, 33, retired at the end of last season after 15 years at Bayern, in which he won a host of trophies including eight Bundesliga titles and the Champions League.

The former Germany captain saw off competition from Real Madrid’s Toni Kroos and Borussia Dortmund’s Pierre-Emerick Aubameyang to claim the award, which is organised by kicker and voted for by journalists, for the first time. Eligible for the award are German players abroad and players in Germany.

.@philipplahm is officially Germany’s Footballer of the Year 2017 ➡️ https://t.co/BYM7QMOdkL

“It’s a real honour and I’m truly pleased with it. I think the journalists in the vote have watched me for my entire career,” Lahm, who finished second and third in 2004 and 2006, said.

“History shows that it is incredibly tough for a defender to be named Footballer of the Year because over the course of a year there is normally always a forward who steals the headlines up front.”

Lahm succeeds his former Bayern and Germany teammate Jerome Boateng in winning the award after the centre-back claimed it last year.