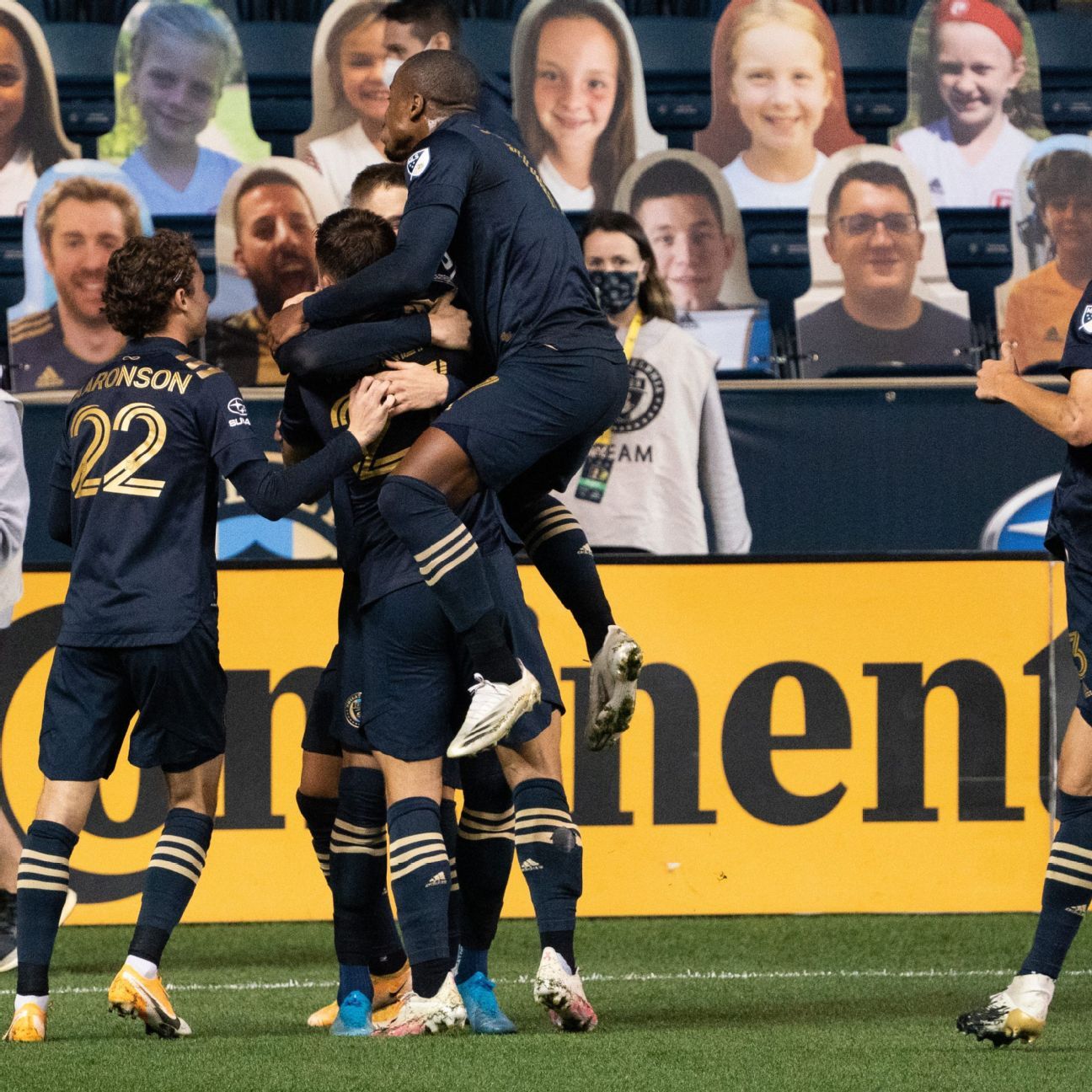 
Kacper Przybylko and Cory Burke each scored one goal to lift the host Philadelphia Union past the Chicago Fire 2-1 on Wednesday.

The Union, who began the night tied for first place with Toronto FC in the Eastern Conference, improved to 13-3-5 (44 points). They also moved to 8-0 at home this season.

The Fire remain the only team in the league without a road victory.

The Fire controlled much of the possession in the first 15 minutes but had no real scoring opportunities.

In the 19th minute, Philadelphia’s Alejandro Bedoya dribbled all the way in and appeared to have a point-blank shot. But Gaston Gimenez made a saving tackle to break up the play.

The Union went ahead 1-0 in the 28th minute when Przybylko scored on a penalty kick. The penalty was called two minutes earlier following a hand ball by Francisco Calvo in the box.

In the 36th minute, Calvo was sent off with a red card for a reckless tackle against Bedoya. The Fire played the rest of the game with 10 players.

Chicago still managed to tie the game in the 42nd minute when Beric headed a shot into the goal.

Philadelphia’s Brenden Aaronson dribbled through a pair of defenders in the third minute of stoppage time but had his shot blocked.

The first 15 minutes of the second half were rather chippy with multiple fouls on both teams.

Philadelphia took a 2-1 lead in the 65th minute when Burke headed a cross by Olivier Mbaizo into the goal past Fire keeper Bobby Shuttleworth (five saves).

In the 76th minute, the Fire nearly equalized when Beric headed a free kick barely wide of the goal. On that play, Philadelphia goalkeeper Andre Blake (three saves) looked to bang his right hand against the post. Blake stayed down for several minutes but remained in the game until the 89th minute when he was replaced by Joe Bendik.

Bendik, who made his debut for the Union, survived eight minutes of stoppage time.