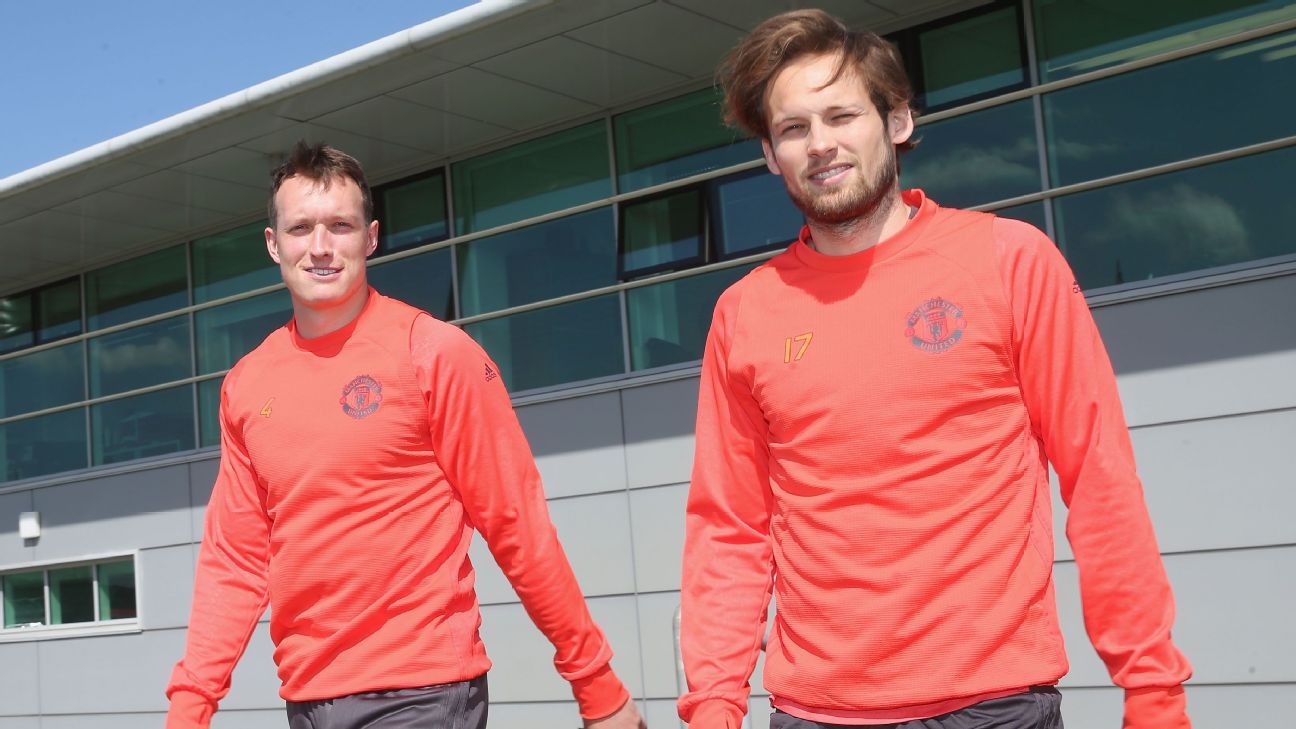 
Phil Jones has been banned for two matches and Daley Blind fined by UEFA after the Manchester United pair were found guilty of breaching the governing body’s doping regulations after the Europa League final in May.

Jones was found to be verbally abusive toward a doping control officer after he was requested to attend drug-testing after the final in Stockholm on May 24, and will now miss the UEFA Super Cup match against Real Madrid next week and United’s first Champions League group stage match in September. He has also been fined €5,000.

UEFA charged Blind with violation and non-compliance with Article 6.05, which states that “every player designated to undergo as doping control is personally responsible for reporting immediately to the doping control station as notified.”

Press Association Sport reported that Blind was reluctant to take a test as requested because he wanted to celebrate with his teammates, whose 2-0 victory over Ajax ensured their qualification for this season’s Champions League. He was fined €5,000.

There is no suggestion that either player was guilty of doping.

United have been fined €10,000 over the rule breaches. The club are reported to be aware of UEFA’s decisions, and have three days to appeal against them. However, have not yet indicated to UEFA whether they will or not.

Blind played the full 90 minutes against his old club Ajax, while Jones was an unused substitute in Sweden.

Mourinho moved to increase United’s depth at the back by signing Sweden international Victor Lindelof earlier this summer from Benfica.