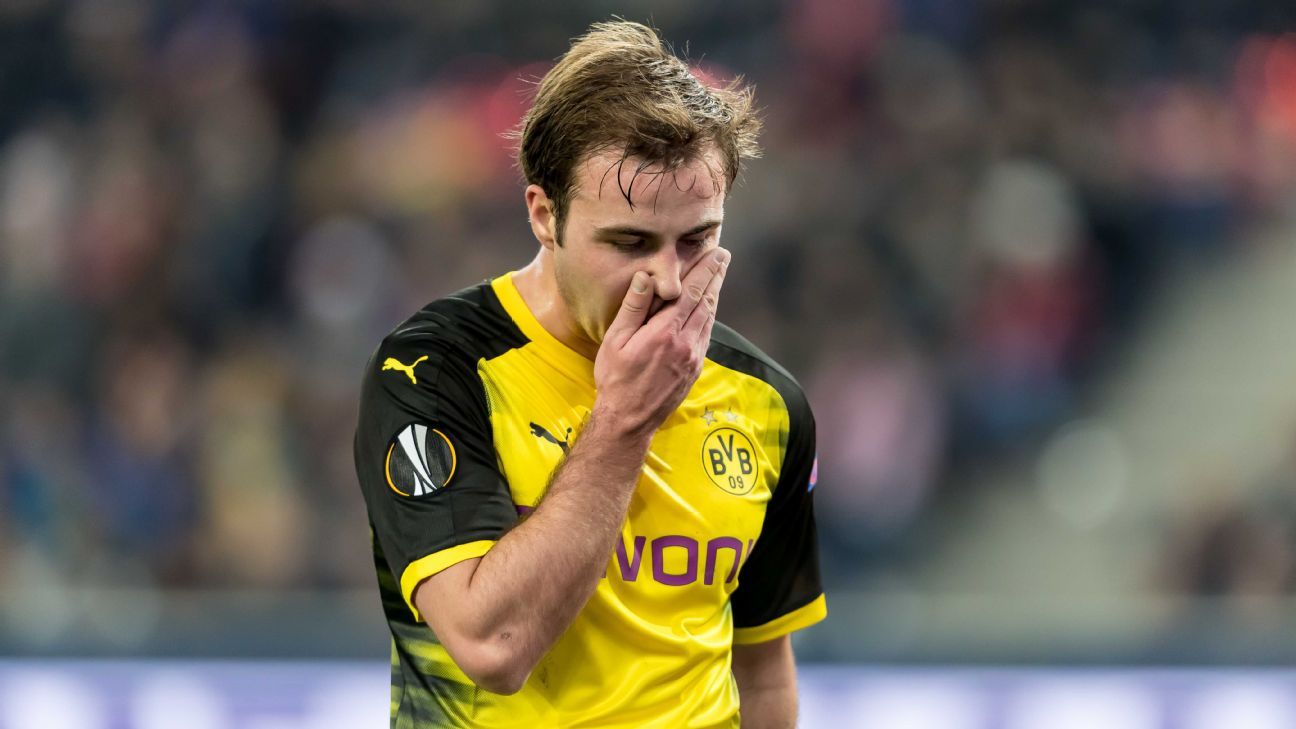 
Borussia Dortmund Peter Stoger said he and his staff “were not all happy” with Mario Gotze after their elimination from the Europa League at Salzburg on Thursday.

Dortmund’s involvement in European football this season came to an end as they were held to a goalless draw, going out 2-1 on aggregate.

Speaking to reporters after the match, Stoger singled out Germany international midfielder Gotze, who was substituted at half-time, for criticism.

“We were not at all happy with Mario,” he said. “And if nothing we set out to do is transported onto the pitch, we must try and give other lads a chance.”

Speaking to Sky Austria later, he said: “Those things we wanted to see — good passing, movement into dangerous positions and depth — we didn’t see anything.

“It’s not about setting an example at half-time. It was just that we did not agree with what we saw, and that nothing could be seen of what was expected from the lads.”

After returning to Dortmund from Bayern Munich in 2016, Gotze missed the first half of 2017 through illness but has made 26 appearances this season, scoring two goals.

Although he returned to the national team late last year, Gotze is not guaranteed a place at the World Cup.