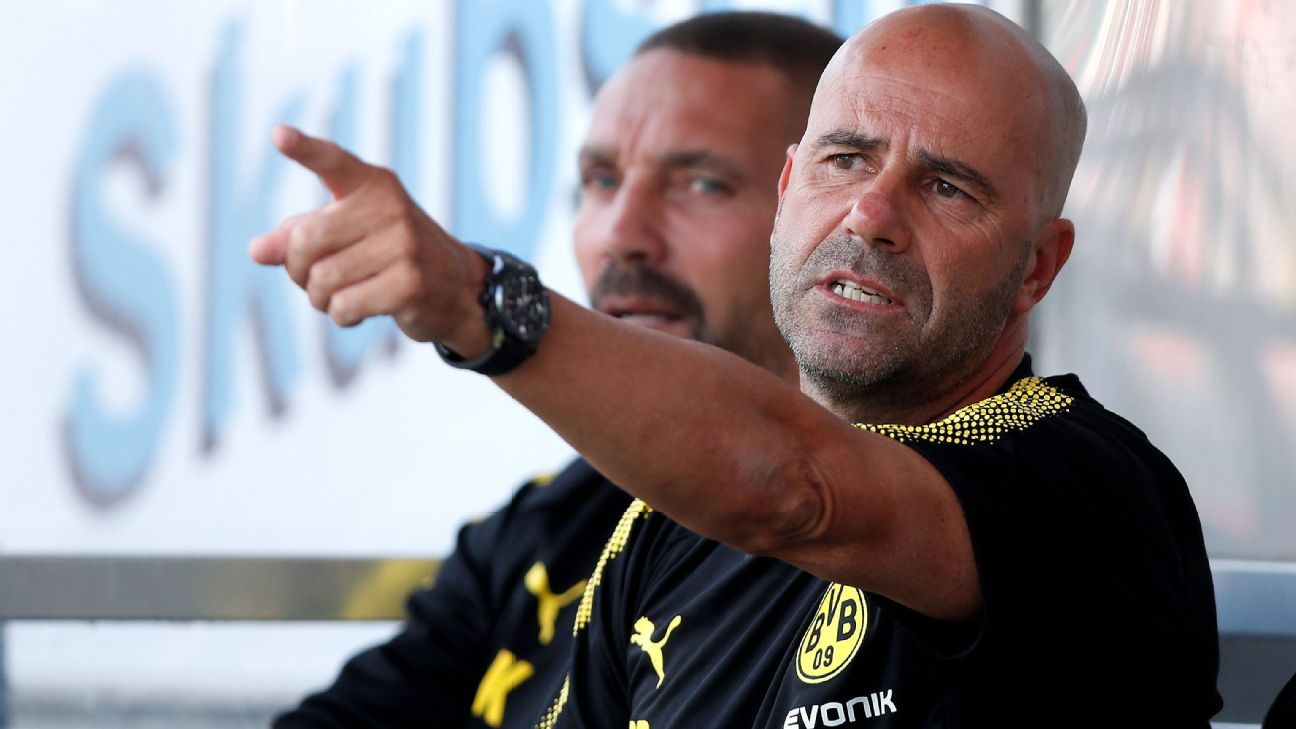 
On Saturday, Borussia Dortmund and Bayern Munich will play out the German Super Cup for the fifth time since 2011. Both want to lift the first trophy of the season into the Dortmund night sky, of course, but the Super Cup remains football’s equivalent of “no hard feelings.”

It’s a prestigious clash but with caveat, because the loser will simply shrug off the loss while the winner won’t celebrate past Saturday night either.

For the two German powerhouses, the Super Cup is still very much part of the preseason routine as both coaches underlined that they want to have their squads ready for the start of the Bundesliga in two weeks’ time in the same breath with which they proclaimed their intentions to be victorious.

The Super Cup is, however, a good indicator for Germany’s main rivals to see where they stand after two bumpy preseasons, respectively. Although the 80,000 spectators at the Westfalenstadion won’t get to enjoy all of their star players just yet because of a barrage of injuries on both sides, there will still be enough quality in red shirts as well as in black and yellow ones to put a magnifying glass on any weakness.

Thomas Tuchel’s successor, Peter Bosz, will have to make do without Marco Reus, Julian Weigl, Raphael Guerreiro, Erik Durm and Andre Schurrle, while Bayern coach Carlo Ancelotti declared Manuel Neuer, David Alaba, Thiago, Arjen Robben, Juan Bernat, Jerome Boateng and latest star signing James Rodriguez as unfit for Saturday. So one way or another it is impossible that both teams meet in their best shape or form. Though, that doesn’t mean that this match will completely be free of any takeaways. Bosz had already announced a few days ahead of the match that he intends to field the strongest lineup at his disposal — something that was yet to occur in preseason friendlies.

The transformation under the 53-year-old has been visible throughout the entire summer camp in China and Switzerland. The Gegenpressing has become more extreme under the former Ajax coach. Dortmund’s players now press their opponents high and early after losing the ball to reclaim it. Bosz once alluded to Barcelona’s three-second rule to regain the ball from the opponent. At Ajax, he translated that to a five-second rule but he revealed at Thursday’s prematch news conference that he did shave off a second since arriving in Dortmund.

An aggressive counter pressing, of course, is a well-known style since the Jurgen Klopp era and also was utilised by Tuchel at times, so unsurprisingly it did not take long for the Dortmund players to get a grip. For now, the bigger problem for the Westphalians seems to be what to do with the ball once they’ve gained it — ideally within four seconds or less.

Goalkeeper Roman Burki will remember a lot of long balls that he hoofed out from the back after the ball ended up at his feet with the men in front of him not finding a solution to bring it forward themselves. Dortmund struggled to create a decent amount of chances in their 1-0 defeat to a deep-sitting Espanyol and also against a heavily man-marking Atalanta with the same result.

In the absence of Weigl, who sporting director Michael Zorc described as a “linchpin in central defensive midfield,” there is yet a player to step up to organise BVB’s midfield in a swift way that connects defence and attack. Nuri Sahin, Weigl’s designated replacement, has played many intelligent passes but didn’t show enough to always be a passing option, to begin with. Sebastian Rode won many brownie points with his intensity in the ball-winning department, but couldn’t quite find the needed spark once possession was gained. At least Gonzalo Castro and Mario Gotze looked a bit brighter in central midfield, but while the latter seems to be on a good path to fully recover from his metabolic disorder, he is not quite at 100 percent yet after being six months absent.

What seems to be the final nail in Dortmund’s build-up coffin, for now, is the injury of team captain Marcel Schmelzer, with the new BVB coach putting a lot of focus on his full-backs to distribute the ball with diagonal passes during the build-up phase. With Guerreiro and Durm injured and Park Joo-Ho relegated to the reserve team, there are only youth prospects available to cover the key position.

Bosz has 18-year-old Dan-Axel Zagadou, 18-year-old Jan-Niklas Beste and 19-year-old Felix Passlack to choose from. None is an ideal solution as the former two are yet to play a competitive game on the professional level, while Passlack’s form has taken a nosedive since a memorable performance against Franck Ribery at right-back in 2016’s edition of the Super Cup. In that regard, Saturday’s match is a good opportunity to find the best stop-gap solution at left-back for the Bundesliga start.

Like Bayern, who had big problems in their positional play in their preseason losses, Dortmund also will have to rely on their individual quality going into the new campaign, while Bosz still has a lot of work to do on all fronts. Luckily, Pierre-Emerick Aubameyang, Ousmane Dembele and Christian Pulisic all look to be in form to maybe add some exclamation points to a majority of question marks going into the Super Cup.