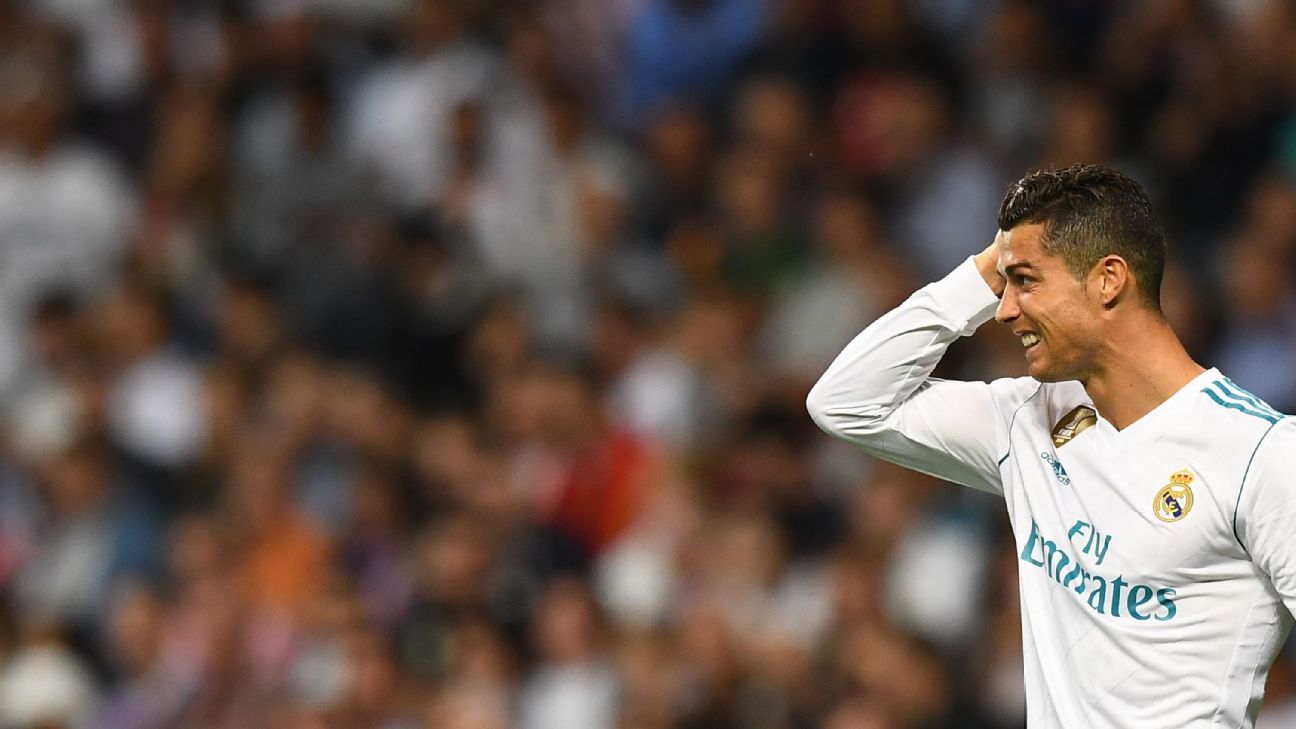 
Getafe coach Pepe Bordalas has played down the idea that Cristiano Ronaldo is going through a “mini crisis” ahead of his side’s meeting with Real Madrid on Saturday.

Ronaldo missed the first four games of the La Liga season through suspension and has failed to score in the three top-flight matches he has played since returning despite 22 attempts at goal.

However, the Portugal captain has scored four times in World Cup qualifiers for his country already since the start of the season, as well as netting four times in the first two Champions League group outings for Madrid.

Bordalas indicated to radio show “El Larguero” that the media had overblown the talk that the 32-year-old was struggling, saying: “We are used to Cristiano Ronaldo having a ‘mini crisis.’ We know how he can fix that situation, very quickly.

“We have no doubt that he is a great player, the best, and in any moment he can appear and be decisive. He has shown he is the best over a long period.

“For any coach he is a reference point, he has won absolutely everything and remains as ambitious as he is.”

Newly promoted Getafe have impressed so far this season and ran Barcelona close last month, with the Primera Division leaders needing a late goal from substitute Paulinho to complete a 2-1 victory.

Although Zinedine Zidane’s side sit fifth in the table, seven points behind Barca, Bordalas suggested he expected a tougher test from Madrid.

“My personal opinion is that Madrid have one of the most complete squads in recent years,” he said. “They defend very well, have lots of talent in midfield, and lots of punch in attack. They are a very complete team. They are my favourite, no doubt.”

Keylor Navas and Gareth Bale are both unavailable for Madrid following the international break, but Bordalas rejected the suggestion that it could be an opportune time to face the European champions.

“There is never a good moment to play Real Madrid,” he said. “They are a great team. No moment is good for any team.”