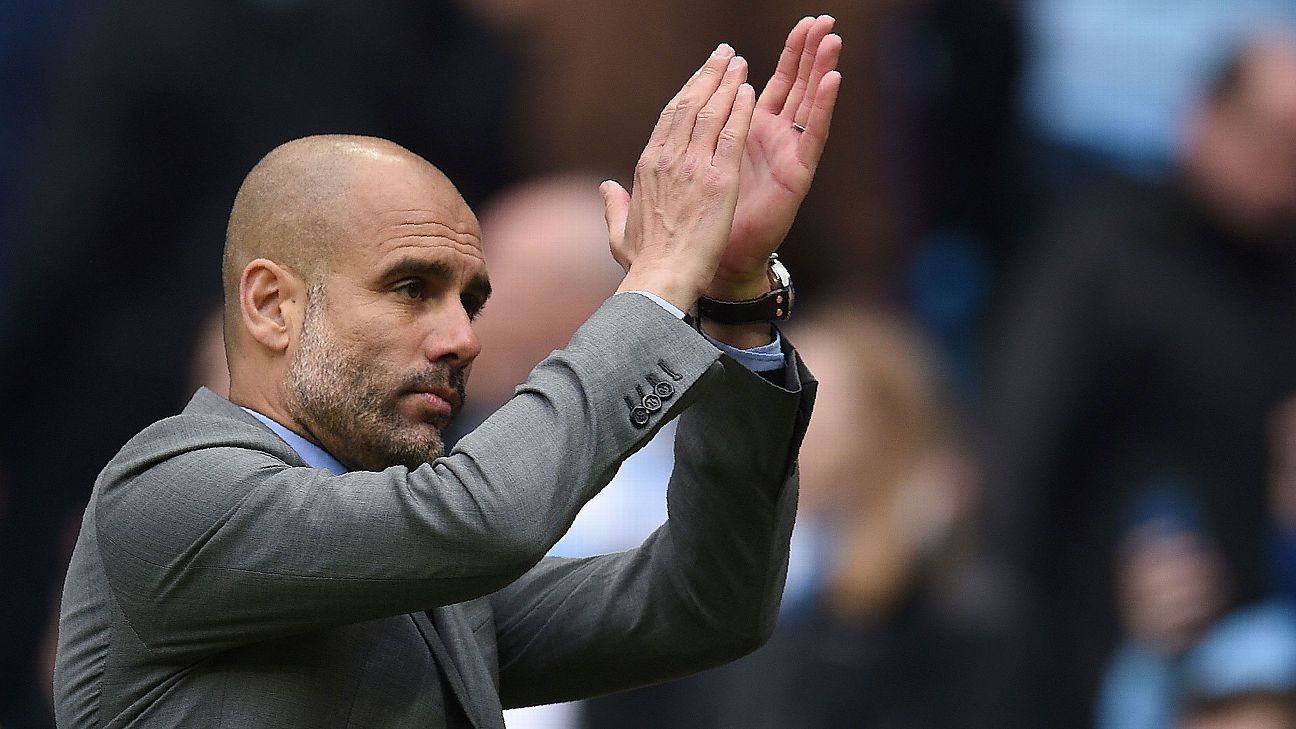 After another successful spell at Bayern Munich, Guardiola ended his first season at the Etihad without a trophy. But Laporta insists the Catalan manager will win big again once he’s brought in more players.

“If City back him as he deserves he will succeed,” Laporta told The Guardian.

“He is an optimist, a winner and he is brave. He won’t hide.

“Pep looked very well. He was here for a few days, so we met up and he was very upbeat. He is happy at City, optimistic he can build something.

“The way they plan to go about strengthening the team, I think they are going to be extremely strong. The fans will be very excited.

“I don’t know what they are going to do! What I do know, and very well, is Pep and Txiki Begiristain and that they are capable of building a team that will enthuse people.”

And Laporta cites his success in Bavaria as reason for his confidence in Guardiola.

“Pep’s record speaks for itself. Everywhere has its idiosyncrasies. He knew Barcelona as a kid but was successful at Bayern and I’m convinced he will be at City. He is lucky to work with Txiki [Begiristain] and Ferran Soriano, who trust him. That’s peace of mind,” Laporta said.

“When I saw Pep he was animated, enthusiastic, excited for the future. He’s smart, has emotional intelligence, an ability to convince.

“It is not easy: the Premier League’s a challenge and there are two great teams in the city but he is the world’s best coach and could have gone anywhere. He chose City because they’d have the faith, letting him build the project he has in mind.

“He will make his mark. If you watch City last season they passed the ball well but it doesn’t happen overnight. You need the right players. They will bring in players who suit the system he wants, which doesn’t have to be identical to Barca. He is intelligent, he will adapt. He will create an identity, a connection.”