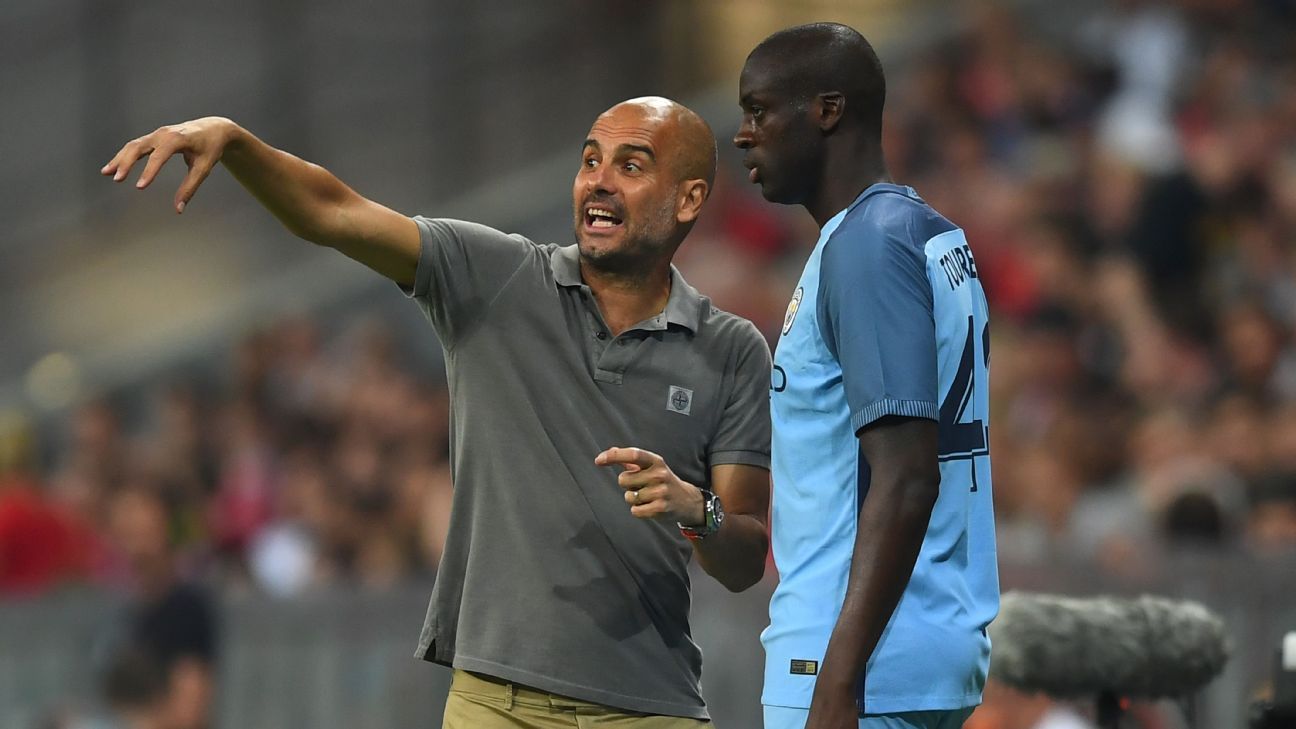 City failed to win a trophy in 2016-17 — the Spaniard’s first campaign with the club, finishing 15 points behind Premier League champions Chelsea.

Toure, who has signed a new one-year deal which commits him to an eighth season with the club, says Guardiola expects more.

He told Sky Sports News: “You can see it in his eyes — he is not happy at all in himself.

“Next year, for sure, he is going to try to challenge for everything as much as possible.

“We know it is going to be difficult but we are going to put in all the effort because next year if you are not fit enough and you come with a different mentality he can smell that and you are going to be in big trouble.

“With him, there is no room for excuses.”

A new contract looked unlikely at the start of the season when the 34-year-old was omitted from City’s Champions League squad by Guardiola.

That sparked a rift with the player’s agent Dimitri Seluk, who claimed Toure had been humiliated, resulting in the manager insisting the Ivory Coast man would not be included in any team until he apologised.

Toure eventually smoothed things over and returned to the side to play an instrumental role in the second half of the season — and he prefers to look forward.

“It was a difficult situation but I love to work and sometimes you can prove to people they should give you another chance.

“I’ve known him for a long time. We know each other from Barcelona. He has always been honest with me and he tells you what he wants from you.

“Now we just have to look forward and try to achieve important things for this football club.

“There is something very important happening because the club want to move one step forward again like they usually do every year.

“For a player like that who wants to win trophies and be in a strong squad with a great manager, it is something special.