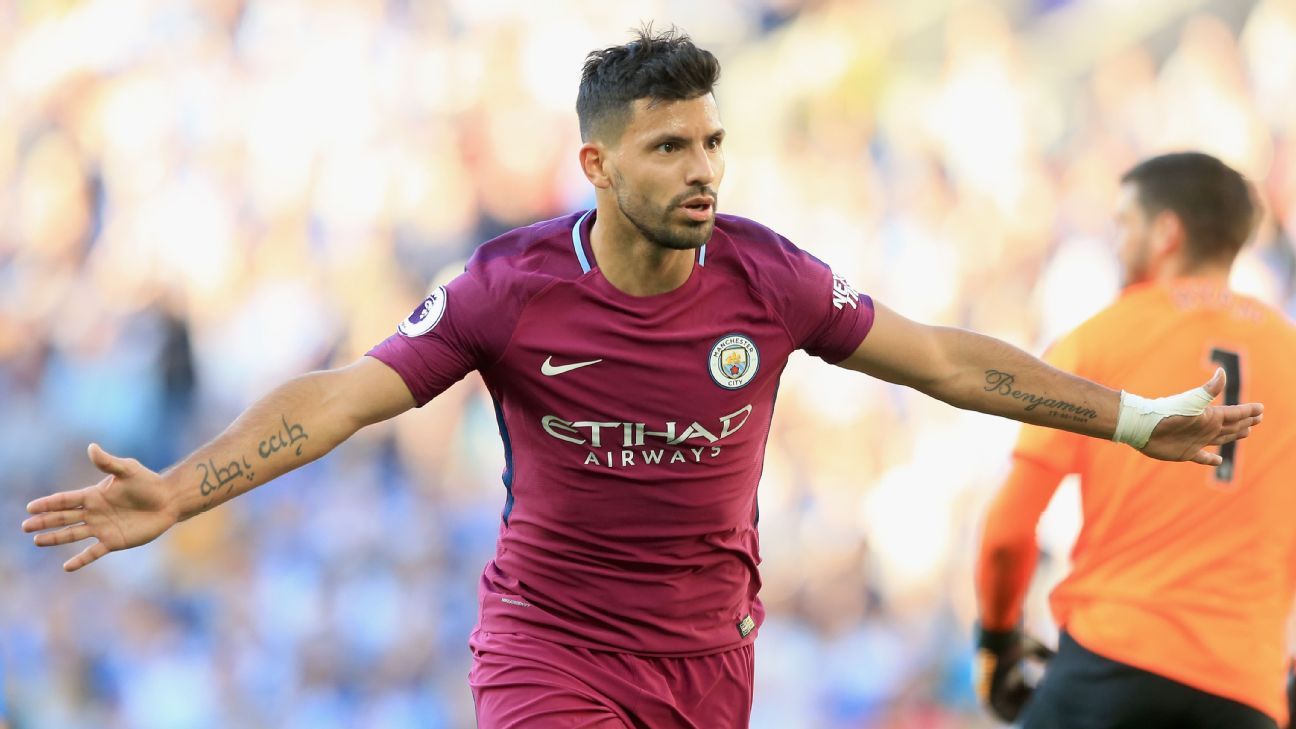 
MANCHESTER — Pep Guardiola says he has not yet seen in an improvement from his forwards after criticising their lack of ruthlessness last season.

His Manchester City side kicked off the season with a 2-0 victory over Brighton, but they missed a number of chances before Sergio Aguero — who was partnered up front by Gabriel Jesus — and a Lewis Dunk own goal settled matters.

They also missed a hatful of chances in the 3-0 preseason victory over Tottenham, and Guardiola told a news conference ahead of Monday’s game with Everton that his team must become more clinical.

Asked if he had seen an improvement on last season, the City boss said: “In Brighton, no. Against Tottenham, no. I have two amazing strikers, two No. 9s, for example, Sergio. But I have others who can score a lot of goals.

“Kevin De Bruyne, he is a guy who scores score 15 goals. Last season he made 22 against the post. Just creating by himself.”

City have been heavily linked with moves for Arsenal’s Alexis Sanchez and Monaco’s Kylian Mbappe, but Guardiola says he doesn’t necessarily need to add a new striker before the transfer window shuts.

“I have enough good players in front who can score goals,” he added. “All the strikers in the world the clubs try to buy, always the desire and focus is to score goal. For example, Paris Saint-Germain buy Neymar, [Manchester] United buy [Romelu] Lukaku. Every manager in the world gets a striker to score goals.”

Meanwhile, Guardiola paid tribute to the people of Barcelona after 13 people were killed in a suspected terrorist attack in the city.

The former Barca midfielder and coach said: “Of course the thoughts is for the people who died in difficult conditions. It happened in France, in London and unfortunately it happened in Barcelona.

“We don’t know but Barcelona we wake up and we show them what a beautiful country it is. Catalonia and Spain and all the best for the future.”