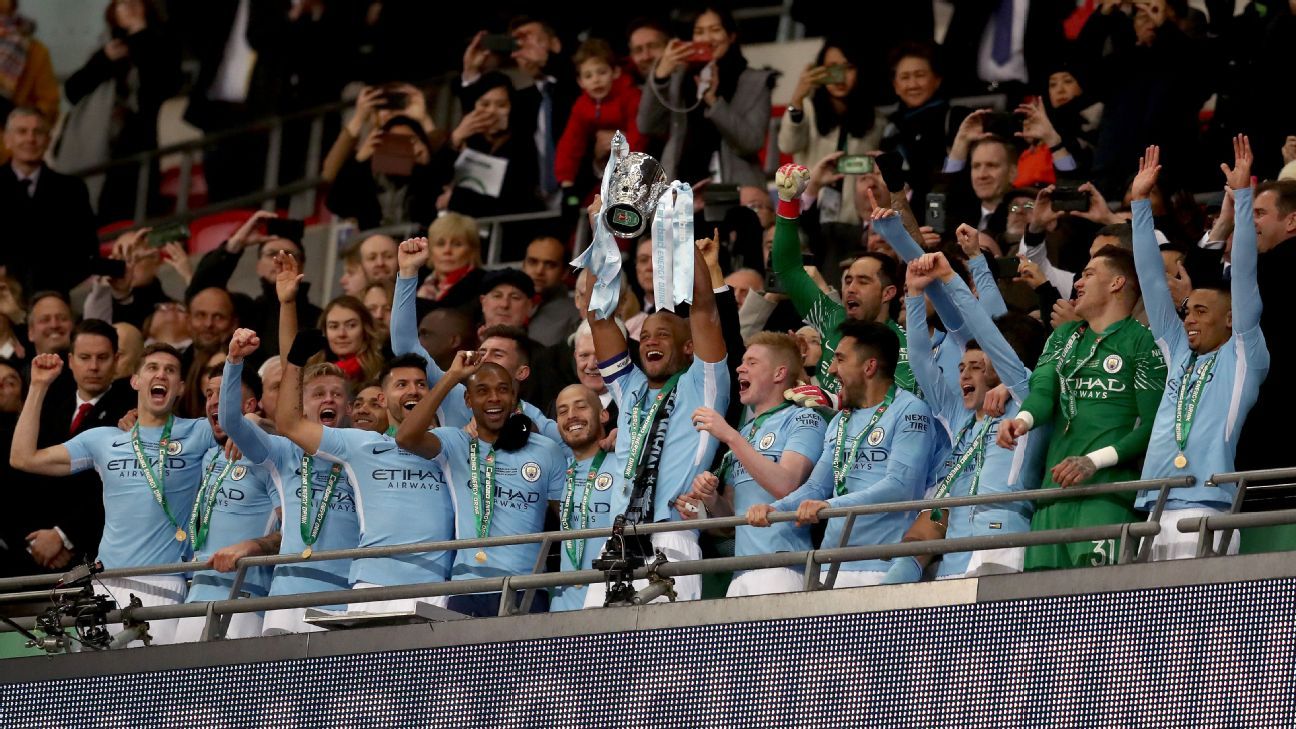 
LONDON — Pep Guardiola was delighted to land his first trophy at Manchester City after winning the Carabao Cup with a comfortable 3-0 victory over Arsenal.

But ever the perfectionist, he warned that his side must improve if they are to have any chance of competing for the Champions League.

City weren’t at their best in the first half but led through Sergio Aguero’s 18th-minute strike. However, second-half goals from Vincent Kompany and David Silva ensured Guardiola tasted success for the first time in England.

“I am so happy but I am part of City so I have been part of the group. I’m so happy for Manchester City I can’t forget how they took care of me last season when it wasn’t so good,” Guardiola told a news conference.

“I always remember how all the club supported me. That’s why it’s so important.”

City could still a claim a Treble this season despite their surprise exit to League One side Wigan Athletic in the FA Cup on Monday night. It would take an even bigger shock to see them slip up in the Premier League with a 13-point lead over Manchester United with a game in hand.

And they have virtually assured a place in the Champions League quarterfinals after their a 4-0 victory over FC Basel in the first leg, but Guardiola warned that they must improve if they are to go any further.

“They have to know we will not go far in the Champions League if we play like we did in the first half,” he said. “But if it is like in the second half then we can.”

Guardiola has overhauled his squad since he joined in the summer of 2016. But it was three of the players who were already at the club that were key in the victory over the Gunners.

And the Catalan praised the desire of City’s veteran stars to keep pushing the club forward.

“The three goals, that’s true, they help these three guys [along with] Yaya [Toure], Zaba [Pablo Zabaleta], [Joe] Hart, names of all involved have helped to create what City is right now,” Guardiola added.

“Sergio, Vincent and David got the goals and they helped us to understand what it means for this club. They put pressure on us to win more titles, whoever comes here will have to know they have to win titles.”