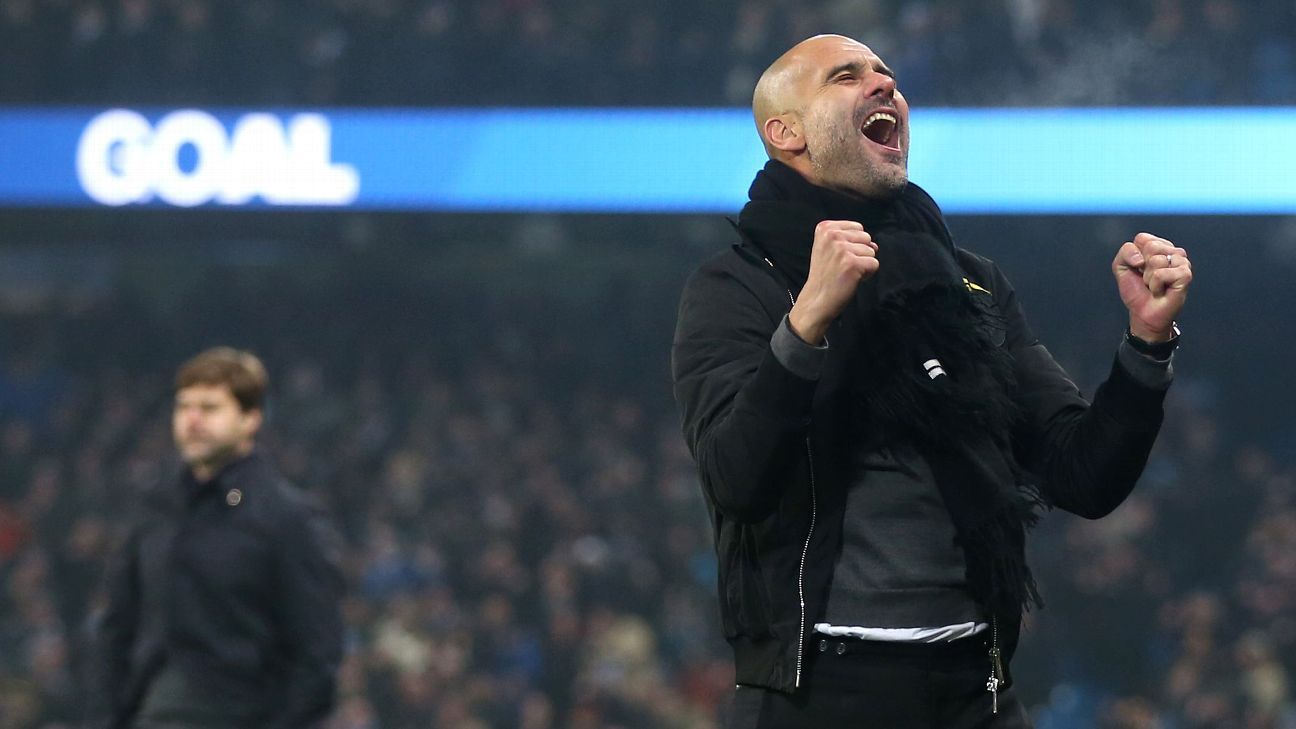 
As England played the ball out from the back patiently and precisely during Friday’s 1-0 friendly win over Netherlands in Amsterdam, the influence of Pep Guardiola’s Manchester City sprung to mind. With two members of Gareth Southgate’s back four well versed in the Catalan’s modus operandi, the idea was plain to see.

Kyle Walker and John Stones have become well used to the high risk, low maintenance possession game that Guardiola espouses and their working of the ball through tight spaces for England was reminiscent of many City performances this season.

With Tottenham and Liverpool also providing plenty of players for the national team, Southgate appears to be propagating a similar style of play to those teams. It is a far cry from the early days of the Premier League.

England’s top flight tactics have developed a degree of sophistication that was noticeable by its absence in the 1980s.

The arrival of Guardiola in England has further fine tuned a growing penchant for a strain of meticulously planned possession football that has carried City right to the top of the domestic tree and threatens to plant them even deeper into European football’s psyche this season.

As English football has developed its tactics within this timeframe, City’s style and shape have also seen several significant changes of direction.

As founder members of the Premier League in 1992-93, City played simple percentage football under Peter Reid, a robust approach copied by many in those early days. Reid, a workhorse midfielder for Bolton and Everton, had reached England status in time for the 1986 World Cup, where he was famously outrun by Diego Maradona in the fateful quarterfinal game at the Azteca. Shaping a side in his own pugnacious form, Reid cobbled together a team that was both difficult to beat and hard to watch.

With two fifth place finishes, City were well-placed to advance, despite a reliance on the somewhat agricultural tactic of finding the totemic Niall Quinn, who would nod down high balls to a stream of hard-running midfielders arriving late into the box.

Reid’s system unravelled at the start of 1993-94 after an ill-disciplined preseason tour of the Netherlands gave way to a three-defeat start to the season.

Nobody at the club could have envisaged the tactical revolution that came about under his little-heralded successor, Brian Horton. A manager with scant top flight experience, Horton proceeded to give City wings, quite literally. With the flying pair of Nicky Summerbee and Peter Beagrie feeding the front two of Paul Walsh and Quinn, City’s historical flair for attacking football was rejuvenated. Although Horton’s team’s lacked the sophistication and precision of Guardiola’s side, the end result was often strikingly similar, with a flurry of high scoring matches and unrivalled entertainment.

City’s descent from the Premier League to the third tier of English football was overseen by the tactically bereft Alan Ball. A World Cup winner from 1966, the flame-haired Ball carried none of the nous and playing ability that had brought him 72 England caps to his managerial career at Maine Road. Such was the shambles inherited by Joe Royle, in fact, that a return to Reid’s Dogs of War style was deemed the only real way forward for a club truly down on its luck.

Incredibly, that philosophy carried City a certain way on the road to recovery, before cavalier days returned under Kevin Keegan. City’s boom-or-bust tendencies were there for everyone to see, as Keegan’s all-out attack gave way to the ultra prudent stewardship of his assistant Stuart Pearce.

The stale, safety first football produced by Pearce’s side in 2005 was unpalatable for supporters more used to their side taking a risk, but when Sven-Goran Eriksson appeared in charge for the beginning of the 2007-08 season, a rapid return to aesthetics was assured.

Suddenly City had an exoticism, in the shape of new signings Geovanni, Rolando Bianchi and Javier Garrido, that had not been seen before. The delightful Brazilian playmaker Elano added soft focus to a well-balanced midfield of energy and panache, allowing City to play a more possession-based game after the fitful fidgeting of Pearce’s shorts-pulled-high, sleeves-rolled-up basics.

Successive incumbents Mark Hughes and Roberto Mancini added steel and then success to Erikssen’s fragile concoction, before the arrival of Manuel Pellegrini once more freed the spirit in the old style of Keegan and Horton. The Chilean brought back a refreshing emphasis to attack, which has hardly been curtailed by Guardiola’s arrival in the city.

In the Catalan’s instinctive organising, there are elements of many of his predecessors, a willingness to forfeit defensive stability for attacking elements, a desire to feed players arriving late in the box by means of two speedy wide men, the glorification of possession and the art of passing.

City’s Premier League era has seen a variety of styles visited and discarded, but never before has its reach been more influential and eloquent than under the guidance of Guardiola.