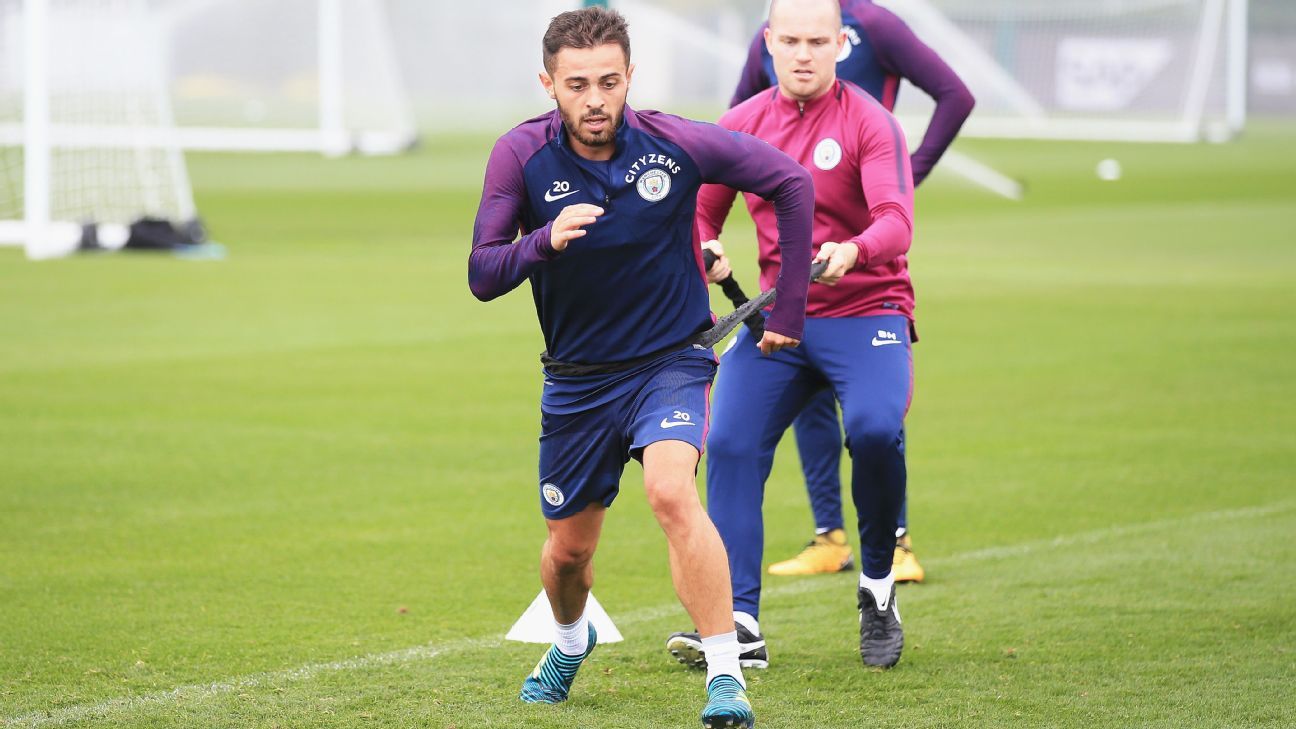 
Manchester City boss Pep Guardiola says he is “so grateful” to the club’s board for signing Bernardo Silva from Monaco this summer.

The midfielder cost a reported £43 million when he became City’s first signing of the transfer window in May and debuted on Friday in a preseason win over West Ham in Iceland.

And Mourinho told City’s website on Monday that the 22-year-old should make an immediate impact in the Premier League.

“I’m so grateful — thanks so much to the club for picking him up,” Guardiola said. “Bernardo played his first minutes and he was immediately ready to play. Intelligent players don’t need time to be involved in the way we want to play.

“Bernardo is a guy who loves football, who lives 24 hours thinking about the game. I like that. He is a humble guy — he’s so intelligent, which is a huge quality. Close to the box he has the quality to score a lot of goals and he’s a fighter too so he’s going to help us during the season.”

Guardiola also said he was happy to get through the preseason without any injuries during a long tour of the United States.

“I am so happy because they work well, and especially no injuries,” Guardiola added. “I am so grateful to my physios to control the amount of work. We cancelled just one training session in the States because of the weather.

“We played good games against four amazing teams. It was a good test for us. We can play good and we can win games. We create always more than the opponent.

“In the last three games we have scored 10 goals against top teams and conceded just one. The stability of the team has been good. We didn’t concede too much, we always created more than the opponents and that’s why we are quite satisfied but the reality starts now.

Midfielder Ilkay Gundogan is nearing a return since being sidelined since December, and Guardiola suggested he could play next week in a friendly against Girona.

“I think he’s close to coming back,” he said. “Maybe he’ll get minutes in Girona. I don’t know, we’re going to ask the doctor because, of course, he was injured for a long time.

“We don’t want to take any risks. He has to be strong but, of course, his quality is perfect for the way we want to play. He’s a guy who plays in the middle and can be a holding midfielder or play in front. In those terms, we’re so happy.”