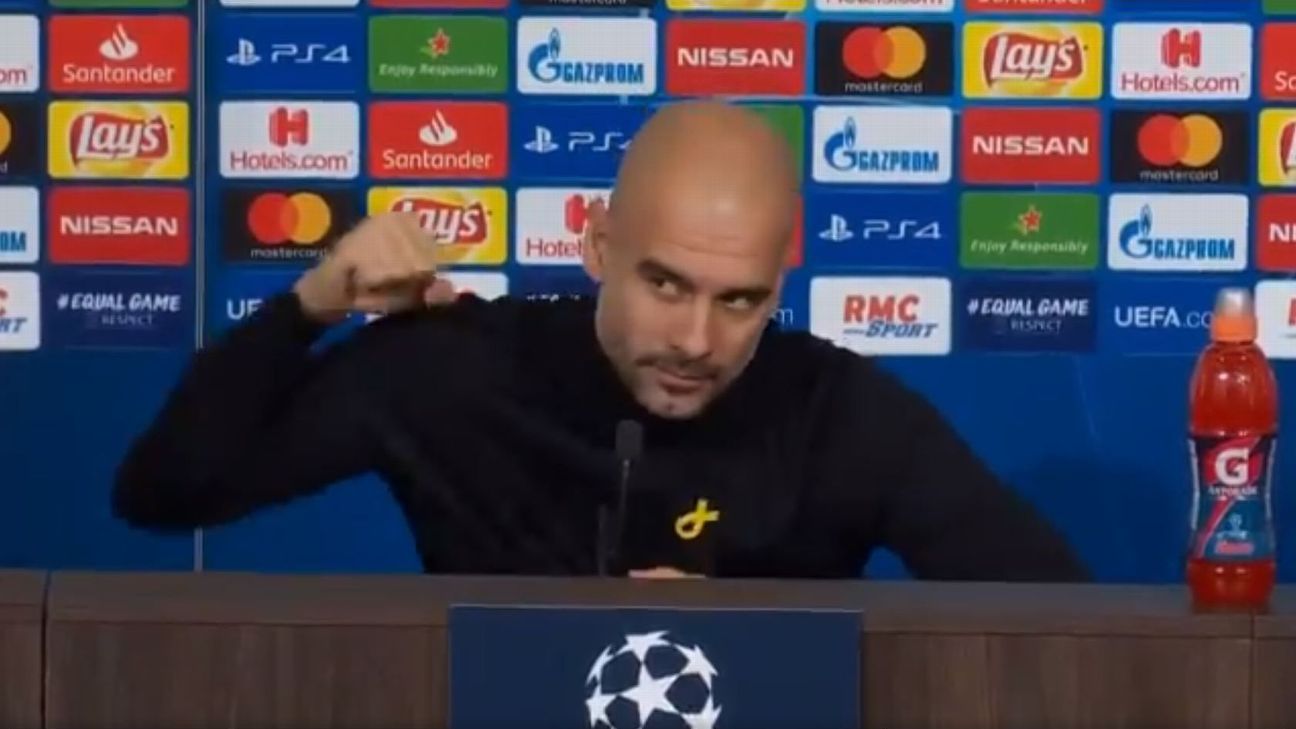 
The schism between Pep Guardiola and Jose Mourinho is one that goes back years, though previously intense hostilities now appear to have been replaced by a mutual, if slightly begrudging respect.

Still, that doesn’t stop inquisitive journalists from attempting to pry into the two Manchester managers’ relationship, regardless of the fact that the pair have clearly grown weary of answering the same old questions again and again.

So, after being asked about Mourinho for the umpteenth time at his pre-Champions League press conference, it was perfectly understandable that Guardiola showed how sick of that line of questioning he is — albeit in light-hearted fashion.

Of course, everything isn’t entirely amicable between Pep and Jose, with the pair exchanging several barbs already this season.

In August, referring to City’s behind-the-scenes documentary “All Or Nothing,” Mourinho proclaimed that for all their riches, United’s rivals haven’t been able to buy any class.

The comment was provoked by a line of narration which referred to United as being a team famous for “parking the bus,” though Guardiola later claimed that was not intended to be disrespectful in any way.

Guardiola then did the unthinkable and actually sprang to the defence of Mourinho as pressure began to grow on the United manager following a string of dim performances and dreary results, reminding everybody that City’s rivals were still a “great team.”

Not that it was enough to stop Diego Maradona firmly declaring himself a member of Team Jose earlier this month, with the Argentina great saying “I will go a week to Manchester to see Mourinho train and to ask him a lot of things.”

Jose Mourinho: “What song do you play in your head to drown out the fans at Old Trafford begging your team to attack?”

Jurgen Klopp: “With three defeats from three attempts so far, when do you actually plan on winning a major final?”

Maurizio Sarri: “Which do you think will happen first: Giving up smoking or getting sacked by Chelsea?”

Unai Emery: “Were you shocked when Tommy finally [REDACTED] in the Peaky Blinders season four finale?”

Mauricio Pochettino: “Have you heard that Harry Kane/Christian Eriksen/Tottenham’s new stadium is being linked with a move to Real Madrid/Barcelona/not opening until next season again?”