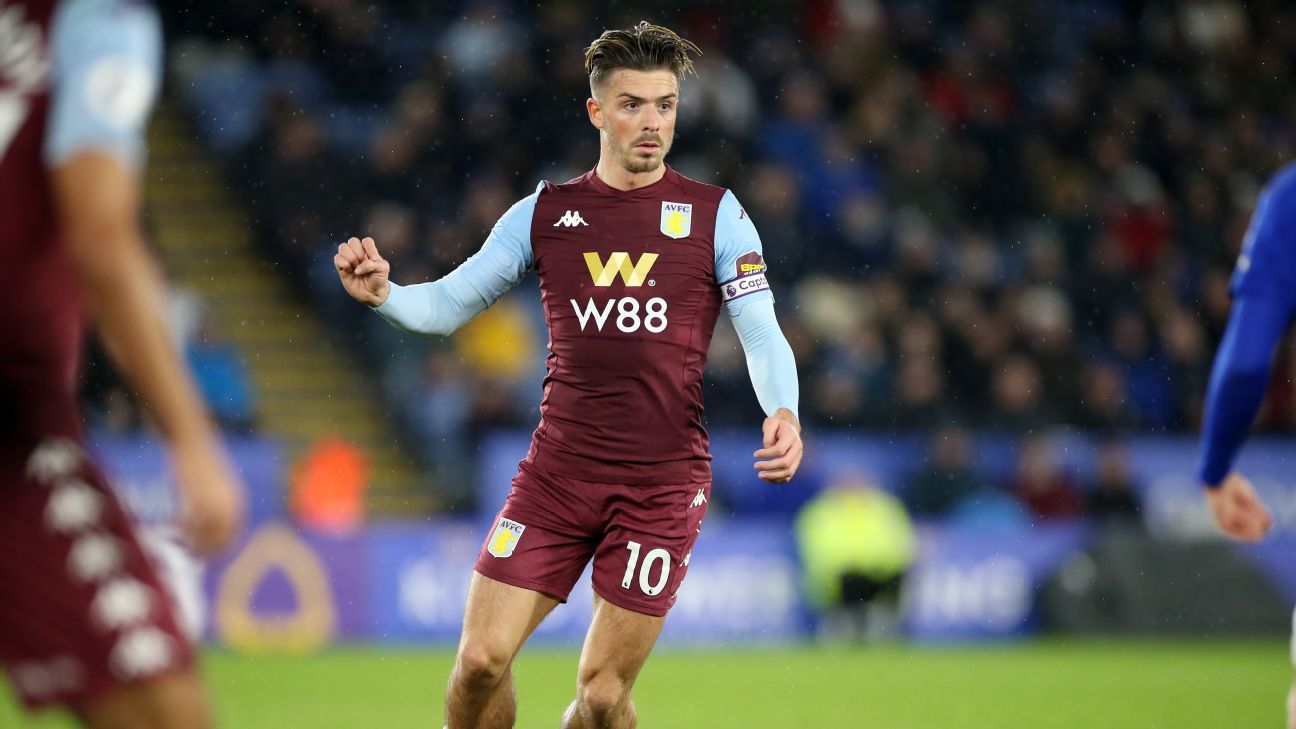 Guardiola reportedly views Grealish as a primary target in his upcoming rebuild of the first team, with possible new signings serving as an integral part of the contract negotiations that the manager underwent before inking the deal to confirm his extension.

According to the report, Guardiola spoke about Grealish with Kevin De Bruyne who was full of praise for the midfielder after he came up against him in the recent Belgium match with England.

English players are clearly high on City’s wishlist as we had news on Monday that the club want to land Tottenham striker Harry Kane as well.

09.27 GMT: Real Madrid target Eduardo Camavinga has admitted that he would like to join a big club in the future.

Camavinga, 18, is one of the top talents in Europe and the midfielder’s contract at Rennes expires in 2022. All of Europe’s top clubs have been linked with a €60m move for him, with Madrid favourites, but the Frenchman insists he’s not in a hurry.

“The great clubs make me dream, but I cannot name one in particular for my future,” he told a news conference ahead of Rennes’ game with Chelsea on Tuesday. “We’ll see [about a new contract]. We haven’t set a date to discuss my future, I’m in no rush about it. There will be negotiations to keep me here. It would be a pleasure for me to continue at Rennes. I still have two years left on my contract and we have enough time to talk about it.”

08.47 GMT: Bayern Munich striker Robert Lewandowski has scored 55 goals in 47 games across all competitions, leading his team to win the Bundesliga, German Cup and Champions League titles in 2020.

But, at 32, Lewandowski was asked by the Associated Press if he will finish his career with Bayern, the team he joined in 2014 for free from rival Borussia Dortmund.

“I don’t know,” he said. “Now I have the contract until 2023 and I never think what’s happening after. Two-and-a-half years more contract. So it’s a lot of time and I know that I can play longer but I have enough time to think about this.”

Pep Guardiola’s decision to sign a contract extension at Manchester City last week was a big deal for the club in more ways than one: It ensures that the most celebrated coach in football will remain at the Etihad until 2023, but perhaps more significantly, it also puts the club firmly in pole position to sign Lionel Messi from Barcelona.

In just under six weeks’ time, Messi can talk to non-Spanish clubs about a free transfer from Camp Nou at the end of this season. If he chooses to do so, from Jan. 1 he can negotiate a move to a new team in time for the 2021-22 season, and Barcelona will be powerless to stop him.

There has been a great deal of speculation surrounding Giroud’s future at Stamford Bridge with sources telling ESPN’s James Olley that he will seek a move away from the club in January to keep his Euro 2020 dream alive if he continues to be frozen out of the first-team picture. However, in a prematch interview before the Blues’ game against Rennes in the Champions League, Lampard made it clear how he feels on the subject.

“I do have plans for Oli and I want him to stay,” Lampard said. “He played a lot of games [last season] and made a lot of starts. He’ll always want to play more but he’s a huge member of the squad for me. I know he will be important for us going forward, so I want Oli to be here and to stay.”

AS Roma are close to agreeing to a contract extension for Henrikh Mkhitaryan, Gazzetta dello Sport reports.

The Armenia international’s deal in Rome is set to expire at the end of the season, but the belief is that an announcement regarding a new contract is imminent — and there could even be one before Christmas.

After reviving his career via a loan spell in Italy from Arsenal that turned into a free transfer this summer, Mkhitaryan has continued to build on that form and is now regarded by many as one of the club’s most important players.

– Juventus, Internazionale and Everton are all keeping an eye on Luis Alberto‘s situation with Lazio. Alberto had recently hit out at the club’s transfer strategy before retracting his statement, but now it’s being reported that the relationship could be beyond repair — opening the door for the aforementioned interest.

– Heerenveen are in talks to sign Siem de Jong on a free transfer, Voetbal International reports. The former Ajax forward is a free agent after leaving MLS side FC Cincinnati last month, and because Heerenveen have been able to build up some funds through sales, they will be able to afford a move.