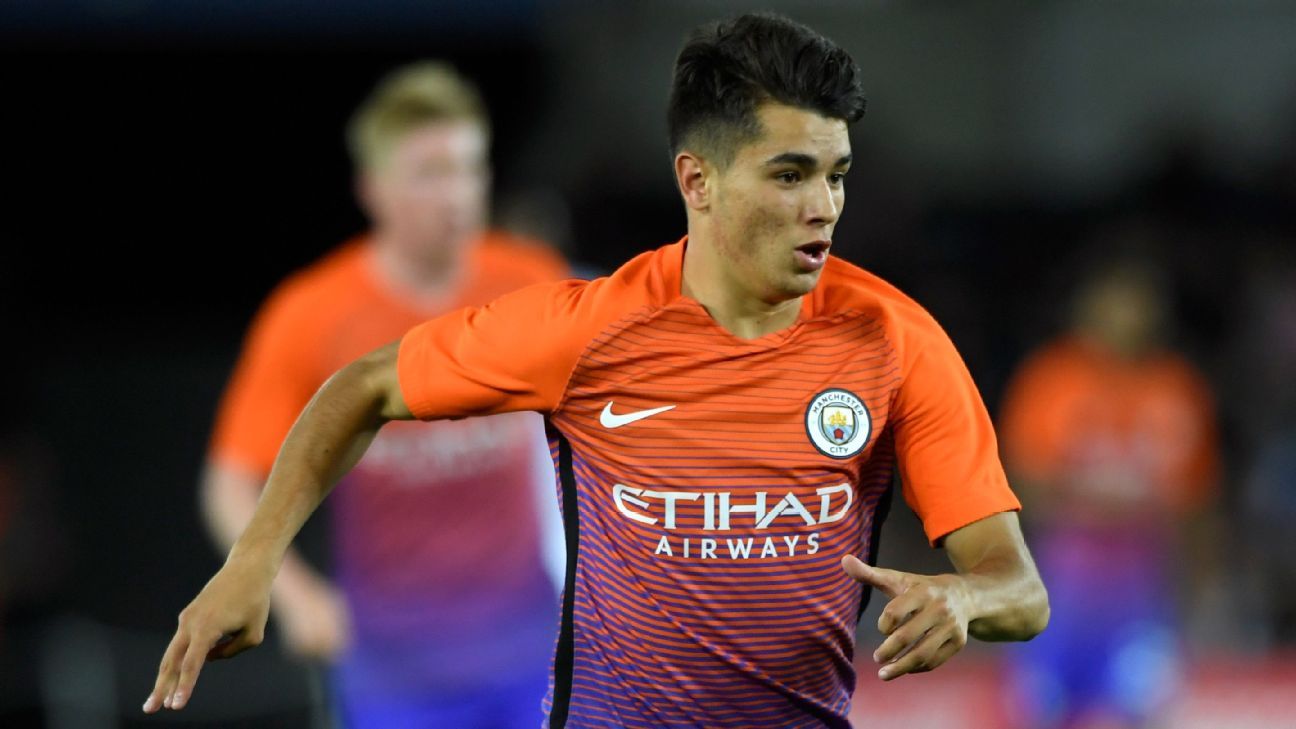 The 18-year-old Spanish midfielder, who joined the City Academy at the age of 14, is reportedly attracting the interest of the European champions.

Diaz signed a three-year professional contract with City last year and Guardiola feels he is committed to the club, but he is unsure what would happen if Real did make a move.

City lost another of their academy prospects, 17-year-old Jadon Sancho, to Borussia Dortmund in an £8 million deal last month.

Manager Guardiola said: “We want him but today the market is the market — the wishes from the clubs, maybe we cannot control it.

“I know — because we spoke with him many times — the commitment from that guy, Brahim, to stay here and play for Manchester City because Manchester City gave him the opportunity to start to compete in the high level. He grew up, his family are happy here, but you never know.

“We are going to try, of course, to hear him but he has to know at Madrid, Dortmund, here, the top level, it is not easy to play.

“In the end it will be decided by his performances on the pitch.”