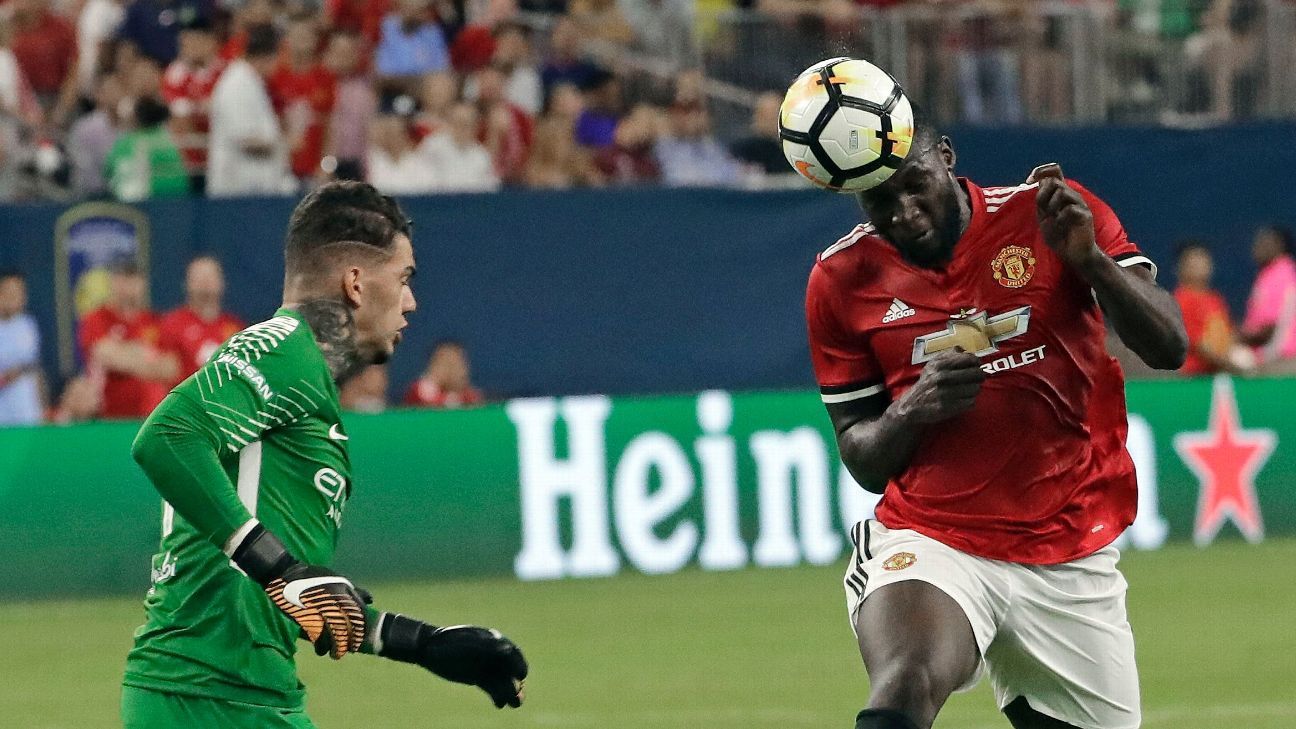 
NASHVILLE — Pep Guardiola has indicated that Ederson’s performances during Manchester City’s preseason tour of the United States have made it more difficult for Claudio Bravo to reclaim the goalkeeper’s No. 1 jersey.

Bravo, a £17 million signing from Barcelona last summer, is due to return to training this week after being handed an extended summer break following Chile’s run to the Confederations Cup final earlier this month.

Ederson has taken his chance to impress in the former Barcelona ‘keeper’s absence after arriving in a £34.7m move from Benfica earlier this summer — a world-record fee for a goalkeeper.

Despite Bravo’s difficult first season in English football, which saw him dropped after a series of costly errors, Guardiola said the 34-year-old still had a role to play.

But the City manager indicated that Ederson was ahead in the race for the No.1 spot.

“Claudio is a captain of a national team who never used to win anything special, and I know how important he was in the two Copa Americas and the final of the Confederations Cup,” he said.

“I never had doubts about the quality of Claudio, but we decided to buy Ederson.

“He has shown us amazing things in this period [in the US], not just the goal kicks, but also he saves a lot of balls and quickly closes down the space for the strikers.

“He always decides well, with the long and the short [passes], and reads the decisions well. That’s why I wanted him, because to compete at the high level we need two excellent goalkeepers.

“Claudio is a goalkeeper of ours, he will be with us, get fit and after I will decide [who will play]. I have an idea, and I will go to the training sessions and watch my players.”

Guardiola has been impressed by Ederson’s kicking — a quality he first noticed while facing Benfica in the Champions League with Bayern Munich.

“He has this quality, in the goal kicks,” Guardiola said. “When the opposition makes high pressing and it’s complicated, now we have the chance to put the ball in the other box, and of course we have a little bit more space in the middle.

“When I was at Bayern Munich we played Benfica in the Champions League and Ederson was there. When we tried to analyse them, we saw it [his kicking] four or five times and we organised a meeting to say: ‘Guys, what’s the matter? What is that?’

“We tried to work about that because he has this quality to put the ball in the other box and it’s not offside.”