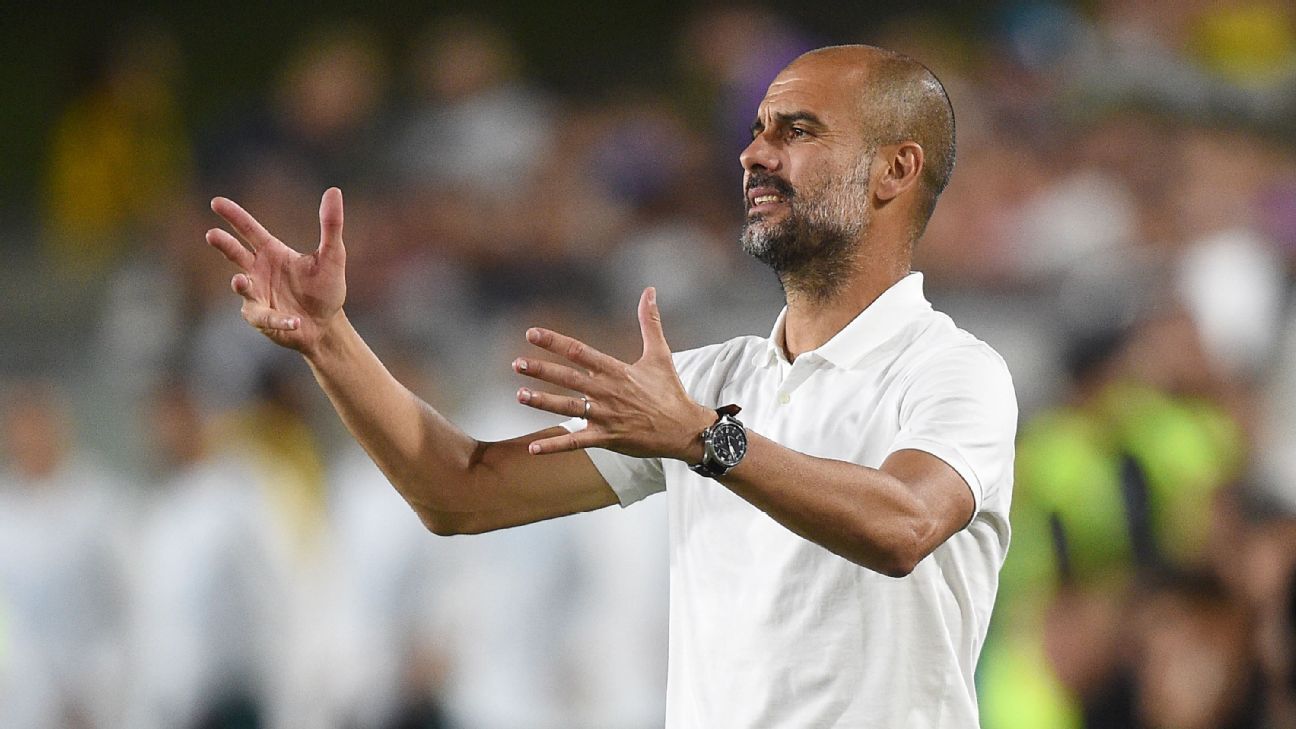 
REYKJAVIK, Iceland — Pep Guardiola is set to spend again after admitting Manchester City “need someone else” before the transfer window closes.

The City manager watched his team round off their preseason with a third successive victory on  — a comfortable 3-0 win over West Ham in Iceland.

Portuguese playmaker Bernardo Silva made his first appearance for the club along with new signings Danilo, Kyle Walker and Ederson Moraes but despite spending around £200million already this summer, Guardiola is hoping for at least one more signing.

“I think we need someone else, something else, a little bit more,” he told a news conference.

“I never complain in my career as a manager and I was so satisfied with the guys last season.

“The transfer window finishes on August 31, we have time to see what is going on with the people coming and going. We will see.”

Gabriel Jesus, Sergio Aguero and Raheem Sterling were on target as City won comfortably on the back of impressive victories over Real Madrid and Tottenham in the United States.

Guardiola has been pleased with how preseason has gone but says his players need to work hard in the coming week to secure a place in next week’s Premier League opener against Brighton.

“In the last three games we have scored 10 goals against top teams and conceded just one,” he added.

“The stability of the team has been good. We didn’t concede too much, we always created more than the opponents and that’s why we are quite satisfied but the reality starts now.

On team selection, Guardiola added: “They have to convince me this week. I have confidence in them so it’s not about that but i have one week to think about it. I have to see Brighton their qualities and their stadium and I’m going to decide.”

Midfielder Ilkay Gundogan won’t be involved though as he continues his recovery from a cruciate knee ligament injury that has ruled him out since December.

However, Guardiola is hopeful he could play in a friendly against Girona in Spain shortly after the game against Brighton.

“I think he’s close to coming back,” the Catalan added. “Maybe he’ll get minutes in Girona. I don’t know, we’re going to ask the doctor because of course he was injured for a long time.

“We don’t want to take any risks. He has to be strong but of course his quality is perfect for the way we want to play.”