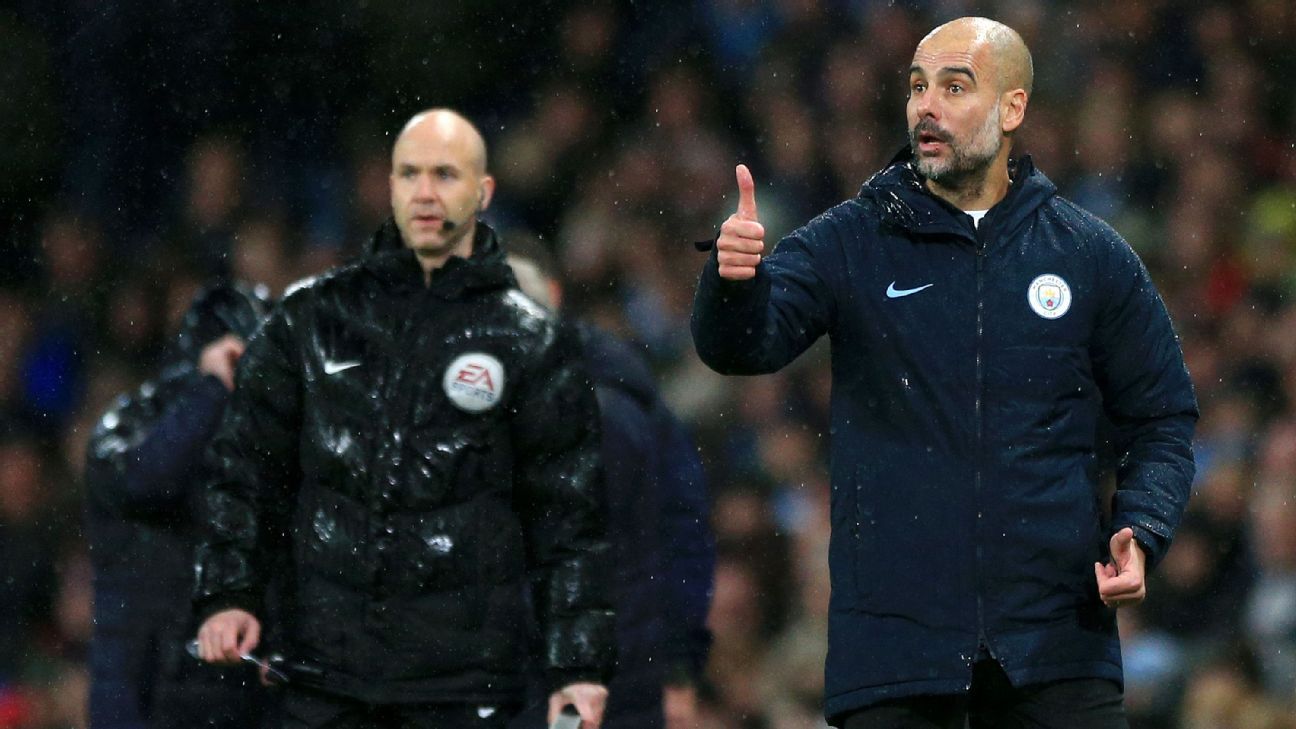 
Pep Guardiola has put the pressure on his Manchester City player by insisting their trip to Leicester City on Wednesday is a must-win game.

“We’re going to Leicester needing to win,” he told a news conference. “Last season we dropped points and immediately won again. That’s what we have to do.

“We have two games away before New Year and we have to do that. When we win I insist they are calm and now it is the same. We lost a game, it happens, and focus on the next one.”

City had Kevin De Bruyne and Sergio Aguero on the bench against Palace and both could be in the starting line-up for Wednesday’s game at the King Power Stadium. But Guardiola’s side would appear to have bigger problems at the other end of the pitch — conceding three against the Eagles and failing to keep a clean sheet in their last eight games.

The City boss insists he is calm about the situation, particularly as Palace scored from their only three shots on target at the Etihad Stadium.

“Against Southampton they had three more shots than Palace had on target and we won 6-1,” he said. “We try to play to concede as few as possible but sometimes football is the only game where the statistics don’t count. The only one that counts is the goals scored. Palace deserved it.”

Guardiola says his players now have to show their character to stay in the title race with the game followed by the long trip to Southampton just four days later. The game precede a home clash with Liverpool on Jan. 3.

“I saw them after the [Palace] game and they are upset, sad; that’s normal,” he added. “There aren’t many teams in the world that are happy when they don’t win the games.

“We have to see how our character is. We have shown many times that we react well and we’re going to try again. It’s always tough to win at Leicester, then Southampton. We’ll see what happens.”