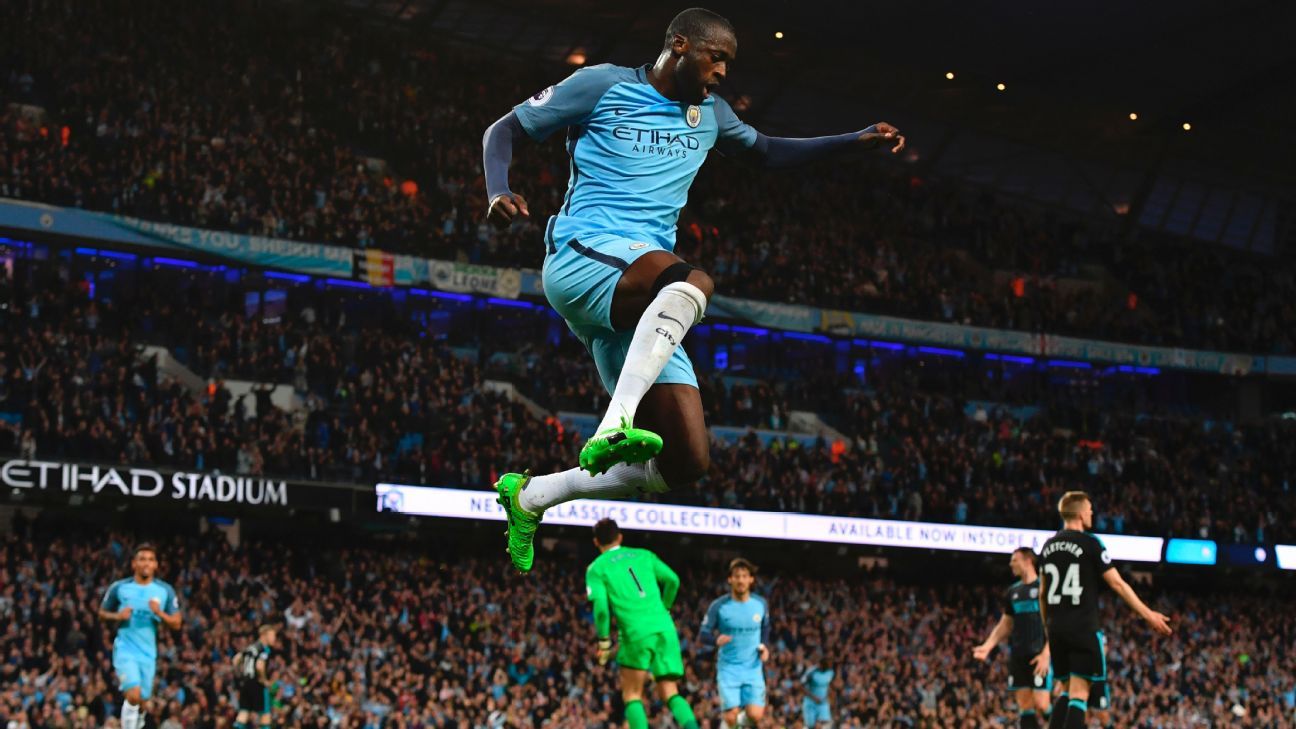 
ROTTERDAM — Manchester City midfielder Yaya Toure was not included in the squad that travelled to the Netherlands for the Champions League game at Feyenoord for “sporting reasons,” manager Pep Guardiola has said.

Vincent Kompany has also been left behind because of a calf injury but goalkeeper Ederson Moraes is in contention despite suffering a facial injury in Saturday’s 5-0 victory over Liverpool.

Toure has not played a minute in City’s four opening Premier League fixtures and did not make the bench against Liverpool.

“It’s a sporting decision,” Guardiola told a news conference. “He was so important last season — six players finished their contract and he was the only one who stayed because he’s a special player.

“But the decision is he didn’t play the last game, and today he is not in the squad and he knows the reason why.”

Guardiola and Toure have had a fraught relationship at times. The coach sold the midfielder to City when he was at Barcelona, and last season refused to play him after critical comments from agent Dimitri Seluk.

But Toure apologised and became a key member of Guardiola’s squad, earning a new deal, and the City boss said he remains part of his plans.

Asked whether Toure would play soon, Guardiola said: “Hopefully — it depends on the player.

“I’m always happy, but of course I demand as much as possible. I want more — not just from Yaya, I want more from everyone.”

Ederson is with the squad despite having eight stitches in a facial wound after being caught in the face by Sadio Mane’s boot at the weekend.

A final decision over his fitness will be made on Wednesday but Guardiola revealed that City were testing him with similar situations to see whether his confidence had been affected by the incident.

“I would understand that [nervous] feeling, but in today’s training session there were two or three long balls and he was there. Of course it can happen but we will see,” he said.

City defender John Stones praised the keeper’s bravery, saying: “Ederson has got on with it straight away.

“That shows his character. He wants to be around the team, in that environment.

“Everyone has seen his face, the stitches, the swelling, but he’s put a scrum cap on and he’s training today.”

Meanwhile, Guardiola played down suggestions that playing Dutch champions Feyenoord represented an easy start to this season’s campaign and said he would field his strongest lineup.

“If you are expecting me to say I am better than Feyenoord, I am not going to say that,” he added.

“I’l try to put my best team on the pitch. We are Manchester City, we have to win our respect in Europe, and every game in this competition is a chance to do that.”