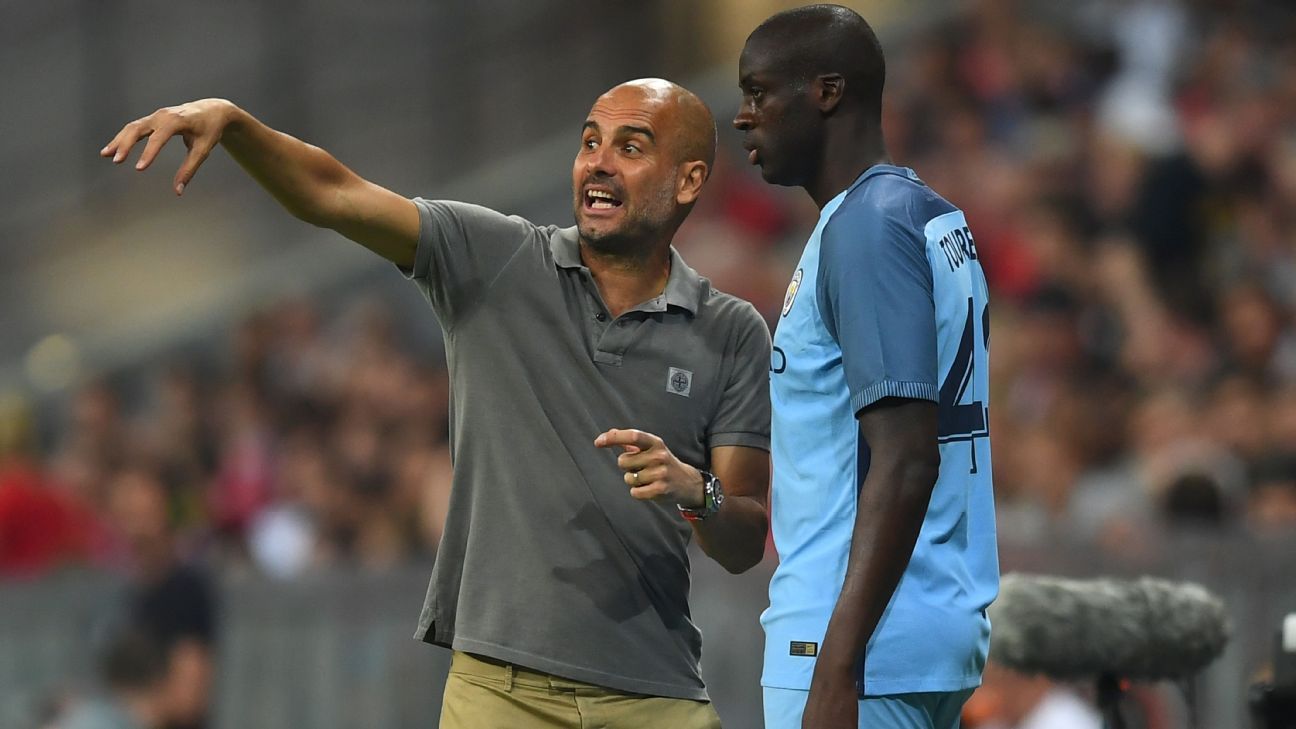 
Pep Guardiola has branded Yaya Toure a liar after the former Manchester City midfielder accused the manager of being “cruel to him” and having “problems with African players.”

Speaking earlier this week, Toure, who was released by City at the end of the season after spending eight years with the Premier League champions, lashed out at his ex-coach, saying that he wanted to “destroy the Guardiola myth.”

Guardiola did not acknowledge Toure’s comments at a golf tournament in Spain on Tuesday, but did respond in an interview with TV3 on Saturday.

“It’s a lie and he knows it,” Guardiola said. “We were together for two years and now this is when he says it. He never told me face-to-face.”

Toure previously spent two years playing under Guardiola at Barcelona, too, before he was sold to City by the Catalan coach in 2010.

In the interview with France Football, Toure said Guardiola “has often had problems with Africans wherever he has been” and suggested the City boss is “jealous” of him.

“He will never admit it but the day he fields a team with five Africans, non-naturalised, I promise that I will send him a cake.” he added.

Toure made 17 appearances for City in all competitions last season before being released, while Guardiola was handed a new contract with the club until 2021.

Should he fulfil those new terms, it will see him complete five years at the Etihad Stadium, one more year than he spent in charge of Barcelona.

Guardiola’s work at Camp Nou between 2008 and 2012 remains appreciated and many supporters would like to see him come back but he says he will never return to manage the club again.

“My time there as a coach is finished because I’m not the same as I was then, nor is the way they see me the same,” Guardiola added.

“I had the time of my life there. It was a fantastic era where I was taking on the world and we took it on together, with some incredible players, a young president [Joan Laporta], Txiki [Begiristain, now City’s director of football].

“We had a generation of brutal players and the best player in the world [Lionel Messi] as well. The stars aligned.”

Guardiola also ruled out running for the presidency at the Catalan club one day, something Gerard Pique’s said he would like to do.

“I am a coach and I am good at what I do, you can’t be everything,” he said. “When I stop coaching, you will find me playing golf.”