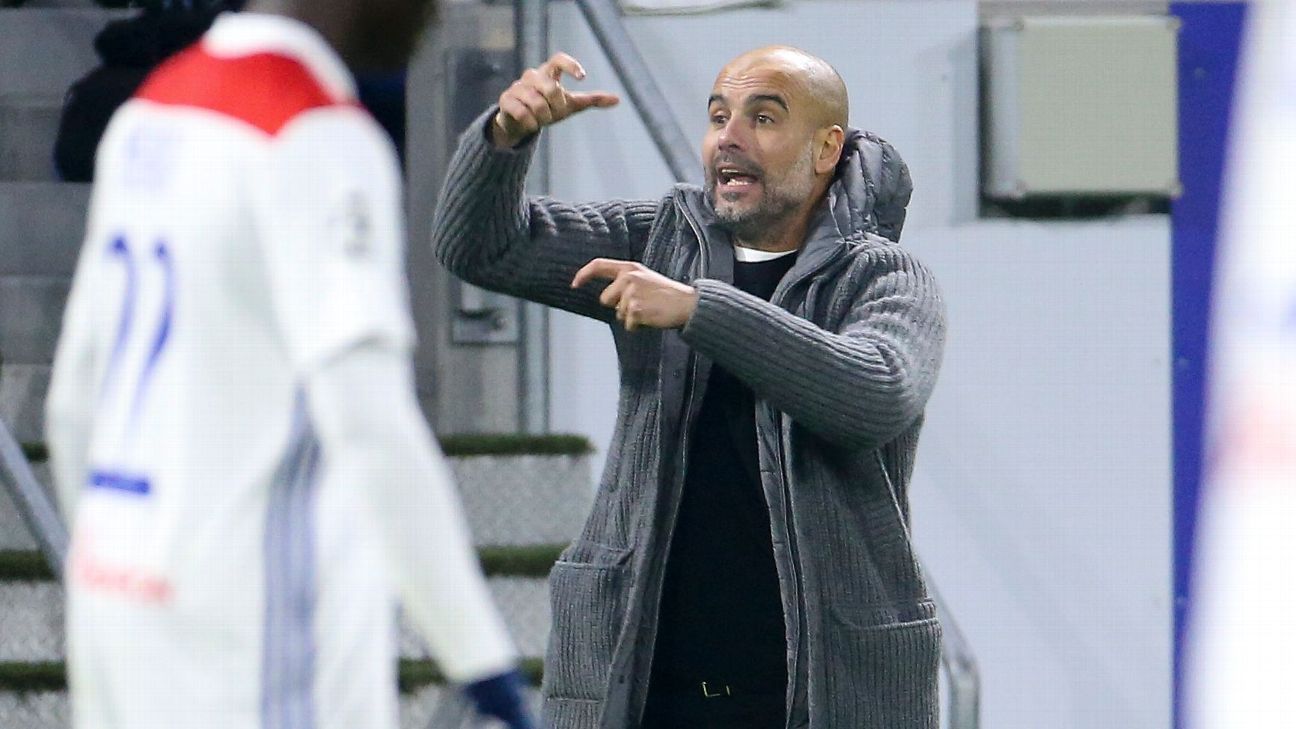 
Manchester City’s struggles to overcome Lyon could help them when they reach the Champions League knockout stages, according to Pep Guardiola.

The Premier League champions twice came from behind with goals from Aymeric Laporte and Sergio Aguero to rescue a 2-2 draw in France to secure a place in the last 16 in February.

City lost to the Ligue 1 side in their Group F opener and the City boss believes the games could give them some experience of how difficult it is to be successful in Europe.

“Maybe we need to live a [difficult] moment in the competition,” he told a news conference. “The last two seasons when I’m here we qualified quite comfortably. Maybe you have to suffer in the group stage to realise and make a step forward.”

Lyon caused City plenty of problems, taking the lead twice through Maxwell Cornet, who along with Memphis Depay, missed two glorious chances in the first half.

They are the only the side to score twice against City this season, having also done so in the Group F opener when they won 2-1 at the Etihad Stadium.

“We are into the last 16,” Guardiola said. “It’s so important at this time to be in the last 16. When you play against Lyon, it’s complicated because of how good they are.

“The level was quite similar across all the group that’s why starting with a 2-1 defeat at home to Lyon, we have made an excellent recovery in the past four games.

“Always you think: ‘How will we react in that situation?’

“We have shown a huge personality. We did it. We were strong in this situation.”

Defender Kyle Walker said City showed their fighting qualities, which they will need if they are to progress in the competition.

“They gave us a good game at the Etihad so we knew it would be a tough game. They have good players in good areas and quick players but we got a good draw,” he said.

“That shows the character and belief in the dressing room. Important players come good at the right time.

“Lyon are technically good and quick and strong, that’s why they hurt us at the Etihad and that’s why we had point to prove.

“There are still things we have to work on — it is completely different to Premier League — still things we need to switch on to. But we’re through and hopefully we can get a good draw [in the last 16].”