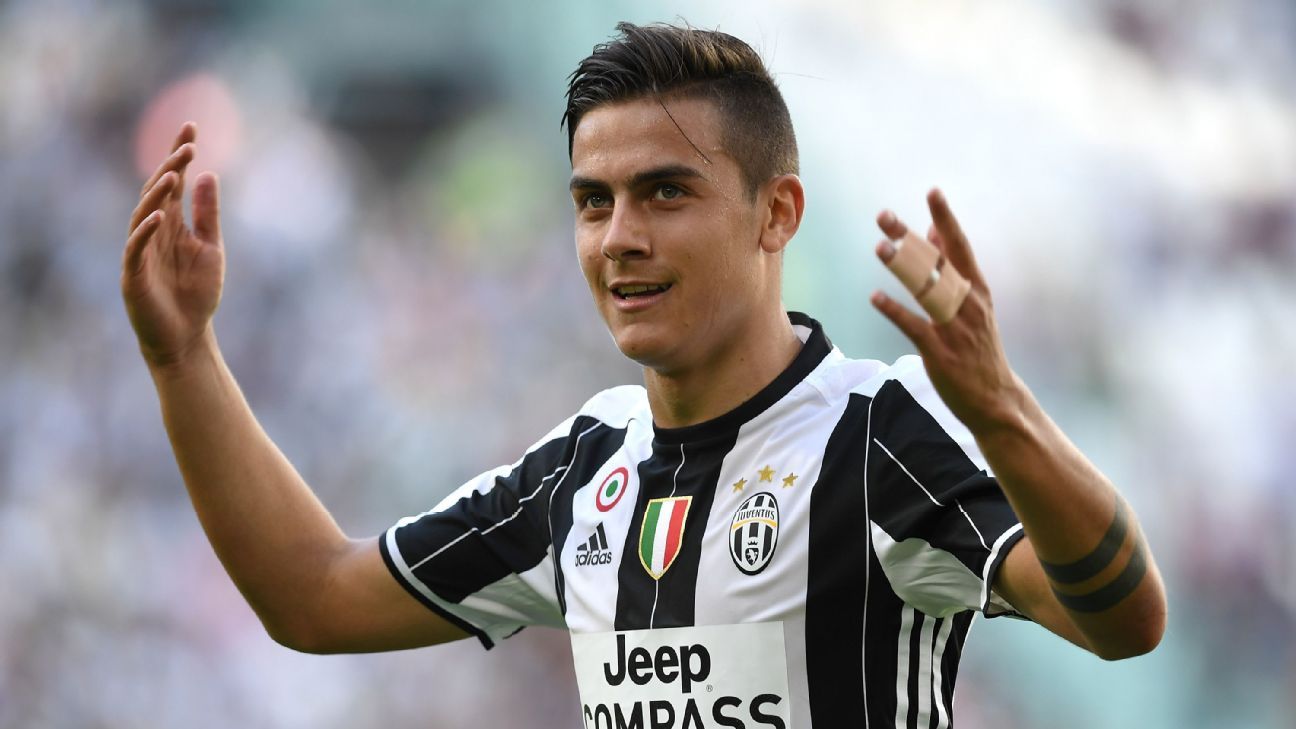 
Paulo Dybala says that he is happy at Juventus and it is up to them to decide where his future lies, amid growing speculation that Barcelona want him to replace Neymar if he moves to Paris Saint-Germain.

Juve general manager Beppe Marotta said earlier this week that the 23-year-old would only be allowed to leave if he explicitly requested a transfer.

Argentina international Dybala sees things differently, though, and says he will not decide his future.

“It’s pleasing to know that big clubs are interested in you because it means you are doing well,” Dybala told reporters in Miami, where Juve are currently preparing for the new season. “Then again, you’ve got to see what is actually true, because some is and some isn’t.

“You’d have to ask the club [if I’m definitely staying]. I am happy here and I am training as hard as I can these days for a great season. If an offer were to arrive, it would be up to the club to show it to me and up to them to say if they want to sell me or not. It’s up to them first, and then me.”

Dybala extended his contract with the Bianconeri until 2022 just three months ago, making him one of the club’s biggest earners.

He scored 11 goals last season, having found the back of the net 19 times in his first campaign with Juve following a €40 million transfer from Palermo.

Crystal Palace vs. Chelsea – Football Match Report – April 10, 2021
Cavani shows Man United what a No. 9 can do, but will he fill the role beyond this season?
After Fred starts comeback, Cavani seals impressive Man United win
Leipzig’s Nagelsmann rejects Bayern Munich contract talks rumours
Mbappe to Real Madrid could mean Ronaldo to PSG