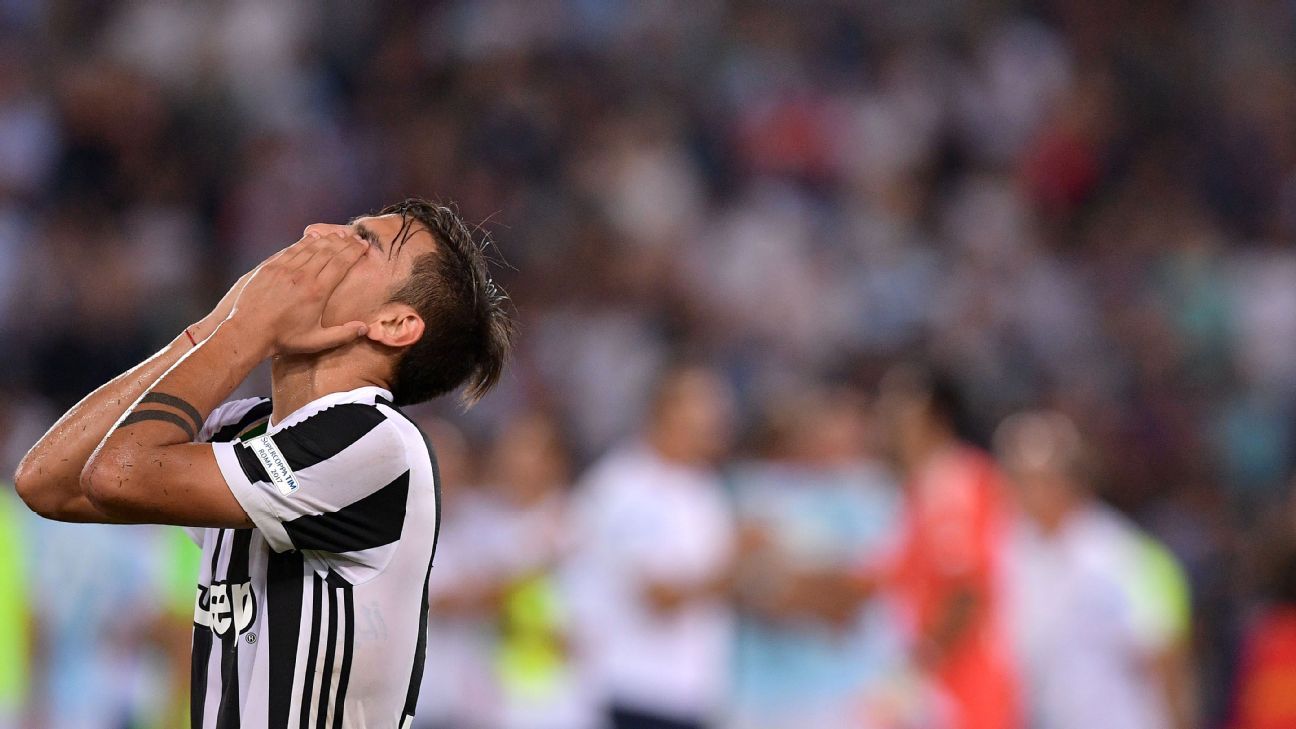 
Failing to achieve their first objective of the season, Juventus lost 3-2 to Lazio in the Supercoppa, proving to be second best for most of Sunday’s game.

Lethargic, one dimensional and bereft of their usual intelligence, Juventus struggled to control the game and could not maximize their technical superiority. Struggling defensively, they were ripped apart by an energetic Lazio side that was not playing to at full strength themselves.

The substitutions allowed the Bianconeri to get back into the game in the final quarter of the match but their defensive problems saw the Biancocelesti score the last-minute winner to lift the trophy.

Positives: Douglas Costa’s entrance made the difference for Juventus as they immediately began to play with greater control. Spreading play, utilising his pace and taking up interesting positions, it seems Costa is eager to make the difference and Juventus will need their new signing to hit the ground running.

Negatives: Defensively, Juventus were abysmal. While individual mistakes can happen, it seems the system is what’s causing the Bianconeri problems thus far. Weak when Lazio played direct and fast football, Massimiliano Allegri and the players need to recover their balance and ensure defensive solidity if they are to start winning again.

5 — Not even Allegri could have predicted his side’s ineptitude at keeping and controlling possession in the first half, even if his substitutions ensured a better performance in the second. Allegri has a lot of work to do to improve the defense and to motivate his side to ensure the Old Lady returns to fighting for every point on the pitch.

GK Gianluigi Buffon, 6 — The goalkeeper was almost forced to concede the penalty due to Juan Cuadrado’s ineptitude but was superb in making a double save.

DF Andrea Barzagli, 6 — An excellent defender who once gave his all, he’s simply not the player Juve need to play as right-back. He cannot contain speed and is clearly overwhelmed.

DF Mehdi Benatia, 5 — Used his strength to win aerial duels and kept Lazio at bay but he must improve upon his positioning and act with greater calm. Poor at controlling Immobile.

DF Giorgio Chiellini, 6 — As with Benatia, the two need to work on shifting to close gaps effectively at the back.

DF Alex Sandro, 6 — Sandro is at his best when he plays a simple game but at times he was too elaborate on the ball today and failed to pierce through the defence as effectively as usual. Still he won the penalty that Paulo Dybala converted.

MF Sami Khedira, 5 — Unrecognisable but Khedira has always been a player that requires time and continuity to grow into the best version of himself. Lost possession far too easily and proved poor in the defensive phase of the game.

MF Miralem Pjanic, 5 — Forced to play a little deeper, the player who matured defensively last season failed at providing defensive support. He was unable to exert control over the midfield, his lack of ingenuity forced Dybala to drop deep too often.

MF Juan Cuadrado, 4 — Terrible performance from the player who was so easily dispossessed and could not provide support to the attack. Tactically incapable of making an impact, Cuadrado is not at Juve’s level.

MF Paulo Dybala, 7 — Once Juventus started spreading play and moving better, he was capable of bring them back to life. His movement, perfect free kick and even better penalty made the difference even if he couldn’t secure a win.

MF Mario Mandzukic, 5 — Anonymous. Tried to create space for his teammates but with so much quality sitting on the bench, it’s difficult to see how Mandzukic can reclaim a starting place in the team this season.

FW Gonzalo Higuain, 5 — Squandered a good opportunity and disappeared thereafter. However, a striker needs good service and Higuain was simply not offered adequate support on the night.

DF Mattia De Sciglio, 5 — Not the best of appearances, allowing Jordan Lukaku to get past him and deliver the assist that led to the winning goal.

MF Douglas Costa, 7 — Came on and changed the game with his movement, accuracy and accelerations. Delivered some fine passes and more importantly looked determined to make an impact.

MF Federico Bernardeschi, N/A — Failed to make an impact when he came on, only mistakes. Bernardeschi needs time to integrate himself within the Juve game.