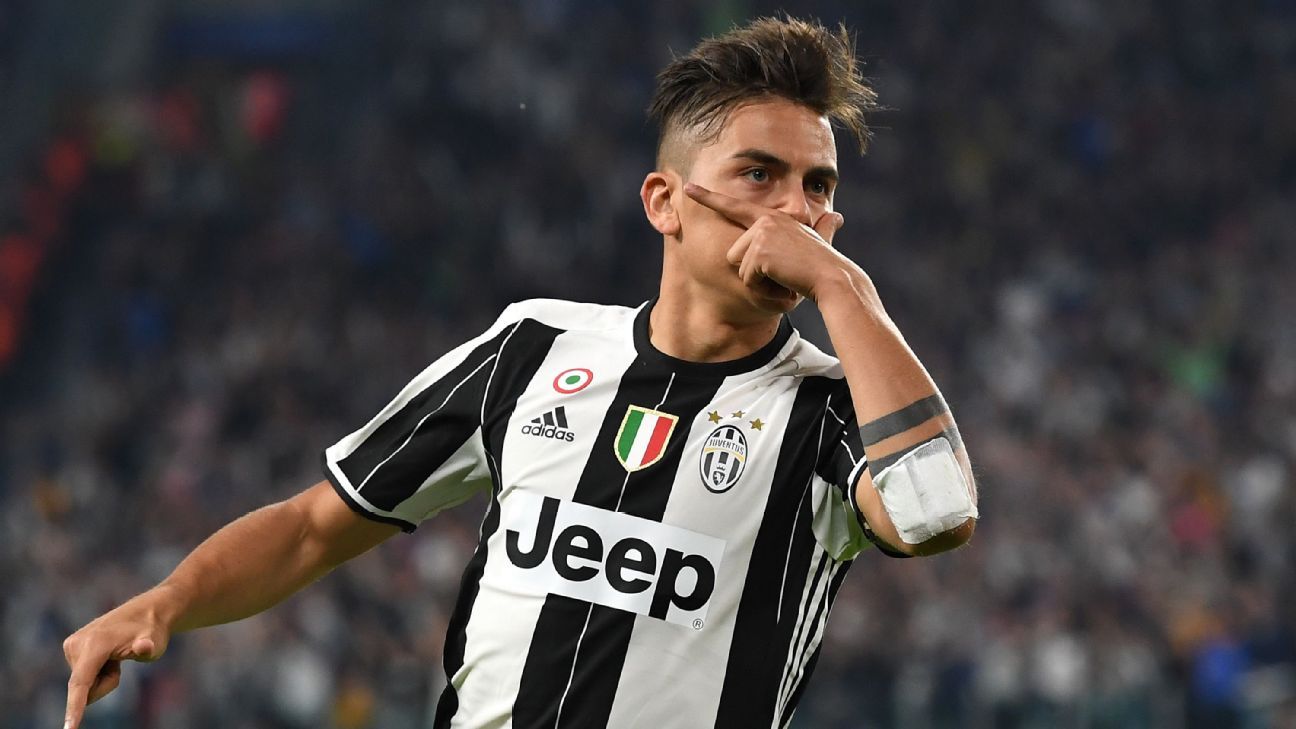 Neymar is reportedly preparing to make a €222 million move to PSG that would see him paid astronomical wages, three years after joining the Blaugrana for roughly €88 million.

Dybala, who has assumed a leading role with the Bianconeri since arriving from Palermo for €40m in the summer of 2015, has been tipped as a potential replacement for the 25-year-old Brazilian at the Camp Nou.

However, veteran defender Chiellini cautioned the Old Lady shouldn’t expect anything close to the sums Barcelona would see should they sell Neymar, who the Italy international says is most likely to challenge Lionel Messi and Cristiano Ronaldo for the Ballon d’Or.

“Dybala isn’t worth as much as Neymar is today, with all the respect and great esteem that we all have for Paulo,” Chiellini told Premium Sport.

“I said it last season, Neymar is at the level of Messi and Ronaldo, and he’s their designated heir for the Ballon d’Or.

“Neymar’s valuation? They’re huge numbers but ones that apply to a player that changes the course of a game and a season almost single-handedly. Therefore it is right for a team to spend a certain figure if they have the opportunity to do so.”

Chiellini partnered with Leonardo Bonucci and Andrea Barzagli to form one of Europe’s best back lines of the past few seasons. However, Bonucci sealed a €42m move to Serie A rival AC Milan earlier this month.

“Good or bad, he’s been a companion of mine in everything,” Chiellini said. “I’d seen him more than Gigi [Buffon], Andrea and anyone else, including our families, in the last seven years.

“I’ll miss him so much on a human level, but maybe another defender will arrive, who will allow us to catch breath and conserve our energy in the best way possible.

“We were five defenders, but now we’re four top defenders, with different characteristics, which sincerely makes me less worried.”