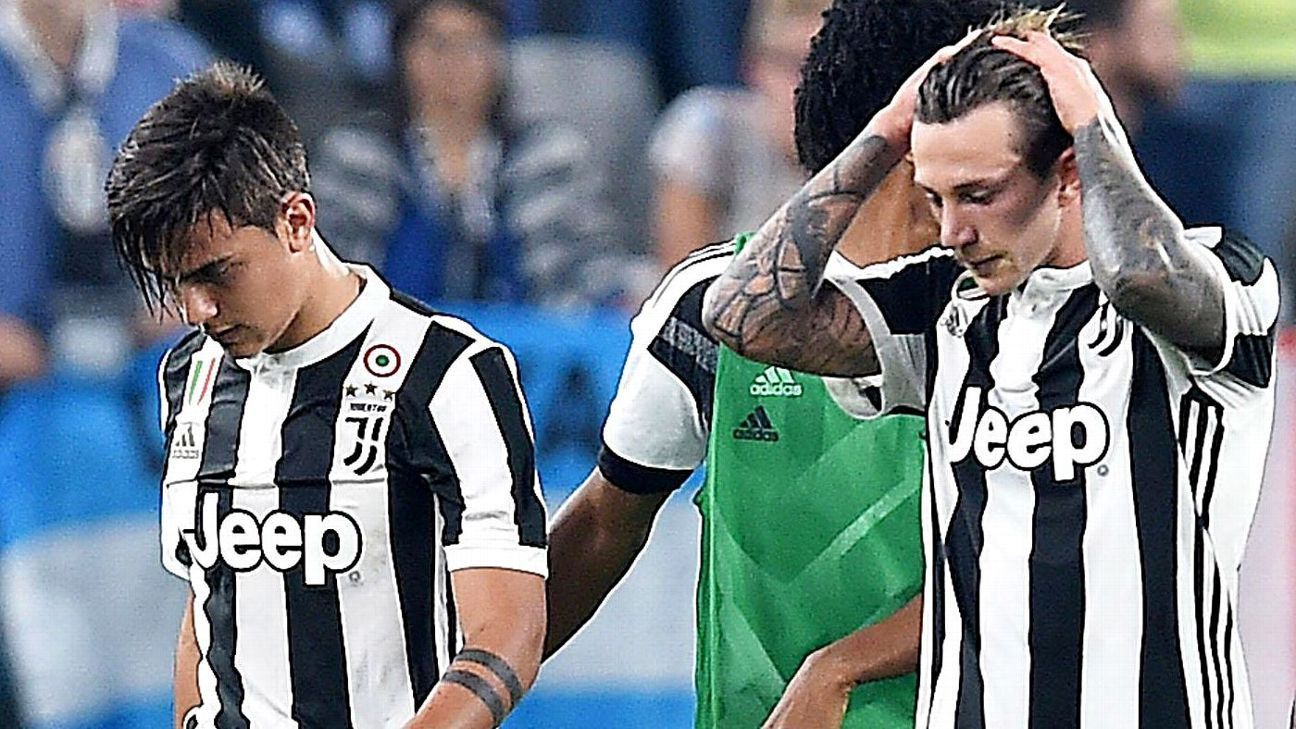 
Juventus hadn’t lost at home in Serie A in more than two years, but on Saturday Lazio became the first side in 783 days to inflict home defeat on them, winning 2-1 at the Allianz Stadium.

With Miralem Pjanic unavailable and Paulo Dybala benched, Juve opted for a 4-3-3 formation, and it was Douglas Costa who opened the scoring with his first goal for his new club.

However, after half-time, Lazio unleashed their potential and played with greater confidence. Playing an opponent susceptible to worrying drops in concentration, Ciro Immobile scored twice in seven minutes to earn Lazio all three points and send Juventus spiraling on a psychological level.

Costa’s arrival at the club over the summer was heralded as a coup because he boasted talent and great technique, but at Juventus he has struggled to channel his strengths into decisive actions. Scoring his first for the Bianconeri, the Brazilian will feel more confident after his goal, even if he has yet to integrate fully within the Juve style of play.

Where to start? The defence is shambolic and the drops in concentration are worrying, but perhaps the most concerning aspect of this Juve side is their lack of fighting power — their psychological weakness in clawing their way back to the top. In the words of Andrea Barzagli, “We want to get back to being the steamroller we were in the past.”

5 — Much like in the final of the Champions League when Juventus fell, they struggled to fight back, and conceding two goals in seven minutes is demonstrative of a weak mentality. Massimiliano Allegri must do more with a team easily pushed to its limits and lacking in strength at the back and spark without Dybala.

GK Gianluigi Buffon, 5 — Not a Buffon performance. He conceded the penalty that allowed Lazio to go 2-1 up but did produce a good save on Felipe Caicedo at the end.

DF Stephan Lichtsteiner, 6 — Pushed forward well and tried to show his ambition, rallying the team to fight back. Defensively, he wasn’t enough.

DF Andrea Barzagli, 5 — Not the right player to deploy against a side that boasts speed and players who enjoy winning one-on-one duels. He may be the wisest but is no longer the athlete Juve need at the back.

DF Giorgio Chiellini, 5 — Forced to do too much alone. Better at recovering from his mistakes than his partner but looked confused, overwhelmed and weak at the back.

DF Kwadwo Asamoah, 6 — Not always where he needed to be defensively but pushed forward well.

MF Sami Khedira, 6 — Only just came back into the squad and he already made interesting runs to demonstrate his tactical intelligence. Covered the right spaces, too, but not yet back at the level expected.

MF Rodrigo Bentancur, 6 — Not the player who can run the orchestra as of yet. Couldn’t make his mark or grab control of the game. No ideas and is too easily pushed off and overwhelmed. He has the talent but needs a lot more time.

MF Blaise Matuidi, 6 — He runs, works hard and does everything for the team, but he lacked composure and the ability to take a pause to keep Juve in the hunt when pushing forward. Forced the issue too much by barging past players when he could have just opted for the simple choice.

FW Douglas Costa, 6 — He scored Juve’s goal, got back to defend when the team lost possession and showed off his technique, but he is yet to really prove decisive throughout the game or produce real substance. Costa is struggling on a tactical level.

FW Mario Mandzukic, 5 — Not in the right condition to make an impact. Lacking in ideas and energy.

FW Gonzalo Higuain, 4 — One hoped that his recent goals would have unleashed the potential within, but Higuain was slow to react, shot straight at the goalkeeper and simply failed to be the efficient striker he once was. He is in poor physical condition and this was another poor performance.

FW Federico Bernardeschi, 6 — Consistently looked to be decisive, proving mobile, determined and cunning. He earned the penalty that Dybala missed and constantly looked to be a nuisance to the opposing defence.

FW Paulo Dybala, 5 — Another penalty miss that smacks of mental fragility. He struggles when the pressure is on, but his arrival on the pitch immediately raised the level of Juve’s play.

DF Stefano Sturaro, NR — He came on to do the best he could but simply isn’t at the level of his teammates.