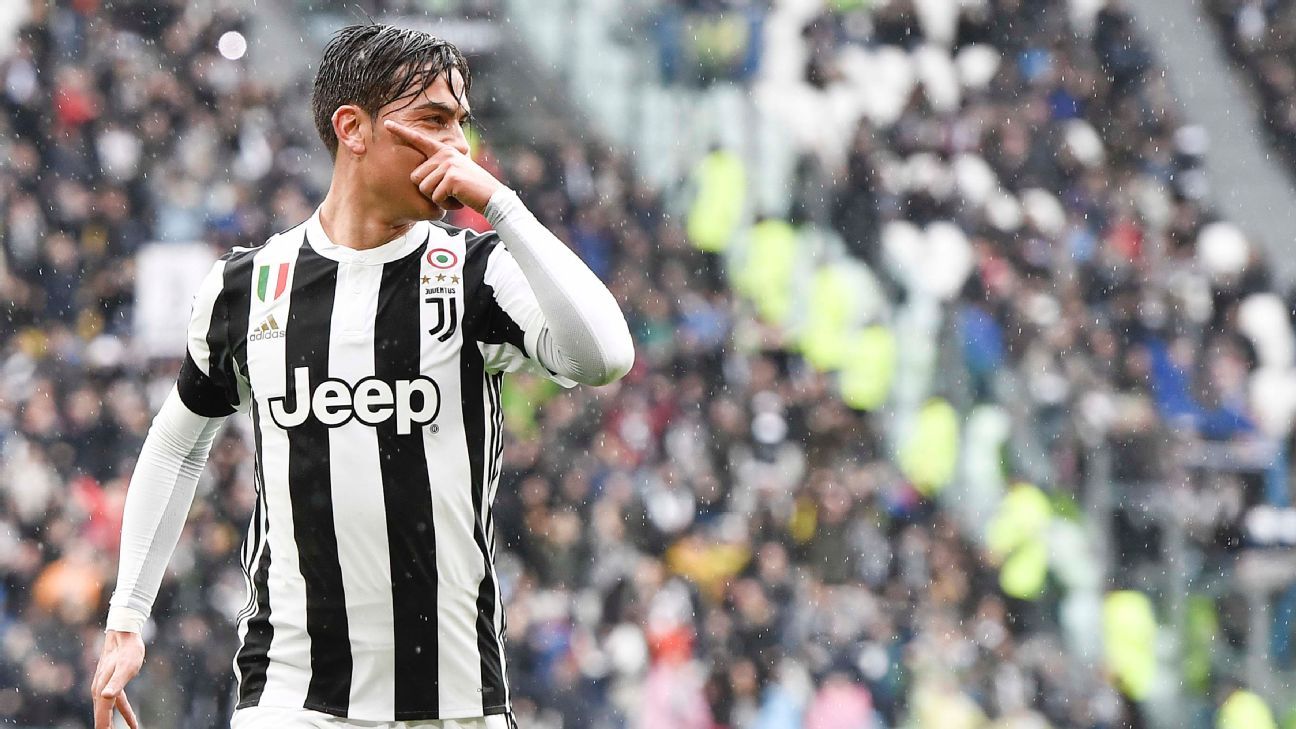 
Paulo Dybala said the Serie A title is Juventus’ to lose after his two goals against Udinese took them clear at the top for the first time this season.

Dybala struck both goals in a 2-0 win which, combined with Napoli’s 0-0 draw at Inter Milan, enabled Juve to take a one-point lead at the top of Serie A.

They have the chance to extend that advantage to four points when they play their rearranged fixture with Atalanta on Wednesday, and Dybala said only they can now throw what would be a seventh straight Scudetto away.

“We know that it is totally up to us now in the league,” Dybala said. “We knew it was going to be hard after the emotions of [the Champions League victory on] Wednesday and we could have eased off, but we showed personality and experience.”

Including his winning strike against Tottenham Hotspur in the Champions League in midweek, Dybala has now scored four goals in his three games since returning from a two-month injury absence. It could have been five, had he not let Gonzalo Higuain take a penalty, which he missed.

There were no hard feelings, though, with Dybala saying he would do the same again, even if it deprived him of a hat trick.

“This is how things work with Pipa [Higuain],” Dybala told La Gazzetta dello Sport. “When one of us has already scored, then the other gets to take a penalty. One penalty miss doesn’t change anything. We’re not selfish — I’d let him take another. It’s a question of camaraderie.”

While Juve are now on course for the fourth Serie A title in a row under Massimiliano Allegri after winning three under Antonio Conte, Napoli find themselves behind their title rivals for the first time this season.

Their coach, Maurizio Sarri, does not see anything strange about that, though, and said it is only natural that Juve are ahead.

“If they win, then of course you’ve just got to applaud them,” he told Mediaset. “We’re not the richest or the strongest club in Italy anyway. We are not the ones who are obliged to win.”

“We’ve just got to try the best we possibly can to the end. My lads performed well and if other teams get 105 points, then all credit to them. But let it be clear — this group of lads still believe they can win it, absolutely.”

Napoli equalled a club record by keeping a fifth straight clean sheet away from home, but they have taken just one point from their past two games after losing 4-2 at home to Roma last weekend.

They had matched Juve stride for stride for 10 consecutive matches up to the postponement of Juve’s game against Atalanta, when Napoli were able to increase their advantage to four points.