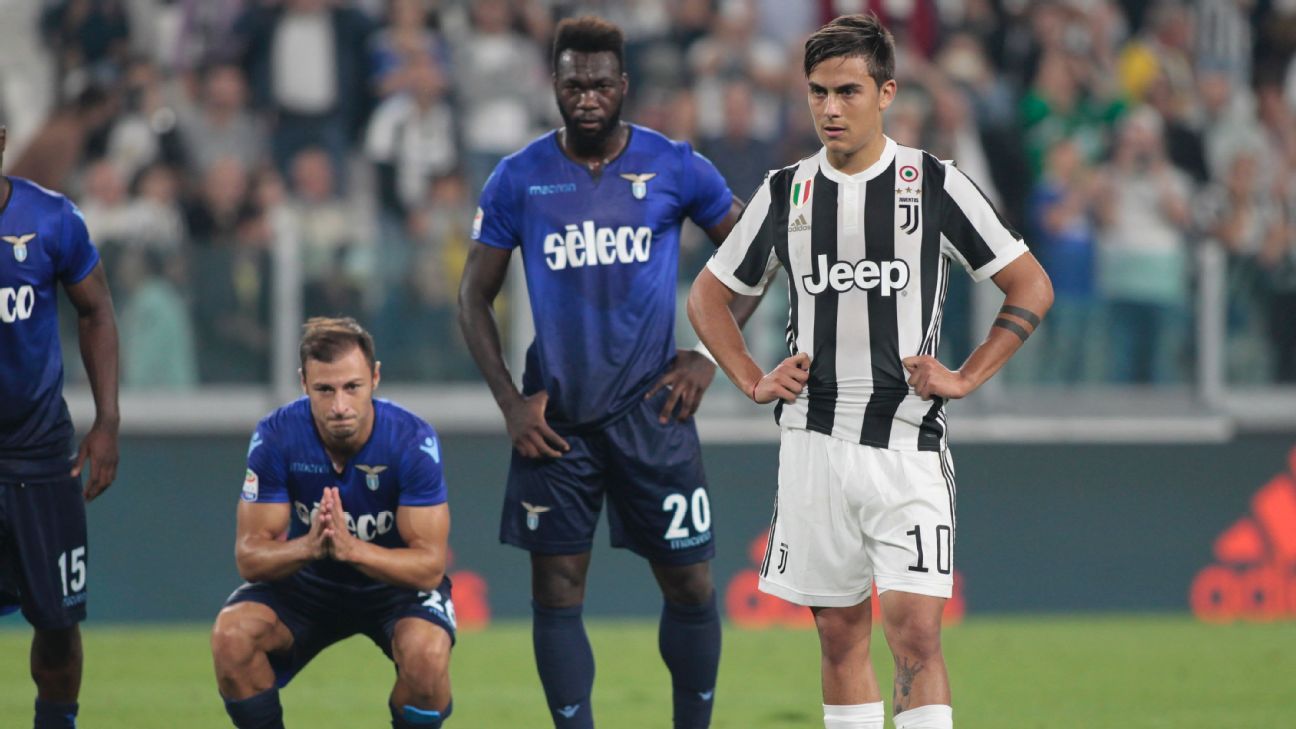 
Juventus coach Massimiliano Allegri and goalkeeper Gianluigi Buffon have shrugged off suggestions that Paulo Dybala is suffering from a form crisis.

The 23-year-old has scored just one in his past five appearances in Serie A, but that is not causing any concern to his coach or captain.

“He’s fine and he’s ready to play tomorrow,” said Allegri at the news conference ahead of his side’s Champions League clash with Sporting Lisbon on Tuesday.

“He played well against AC Milan and his performances are getting better and better, and this is the most important thing because he’s going to get his goals, either from set-pieces or open play.

“Against Milan, his first control and pass for Gonzalo were great, and then Gonzalo scored an extraordinary goal, so in the end, Paulo is still decisive. There are moments when you do a bit more or a bit less, but this happens to every player over the course of a season.”

The important thing for Juve is that somebody is scoring goals, and that is currently Higuain. The Argentina international said Buffon had found the right words to help him rediscover his form, and the Juve captain has not ruled out having the same effect on Dybala.

It would have to be something impulsive, though, as it was with Higuain.

“Some things I do aren’t planned, I do them at the time and let my feelings guide me,” Buffon said. “What I said to Higuain after Udinese was something that matured in me during the game — I saw he was regaining his spirit in a moment of huge difficulty.

“He’d hit the post from a great chance and, considering in that game there was also Sami for the hat trick, and me for some good saves — we all took something out of it.

“For Paulo, there’s nothing to say. He had such an extraordinary start to the season that, if for just two weeks — and we’re only talking about the past two weeks — he’s not able to deliver his very best, I think it’s totally normal.”

A win for Juve in Portugal would be enough to secure their place in the knockout stages, assuming Barcelona do not falter against Olympiakos.

“It would be a present for the fans and for all of us,” said Allegri. “This is a game we need to come out of with a positive result. A win would allow us to seal qualification, while a draw would also be a step forward.”