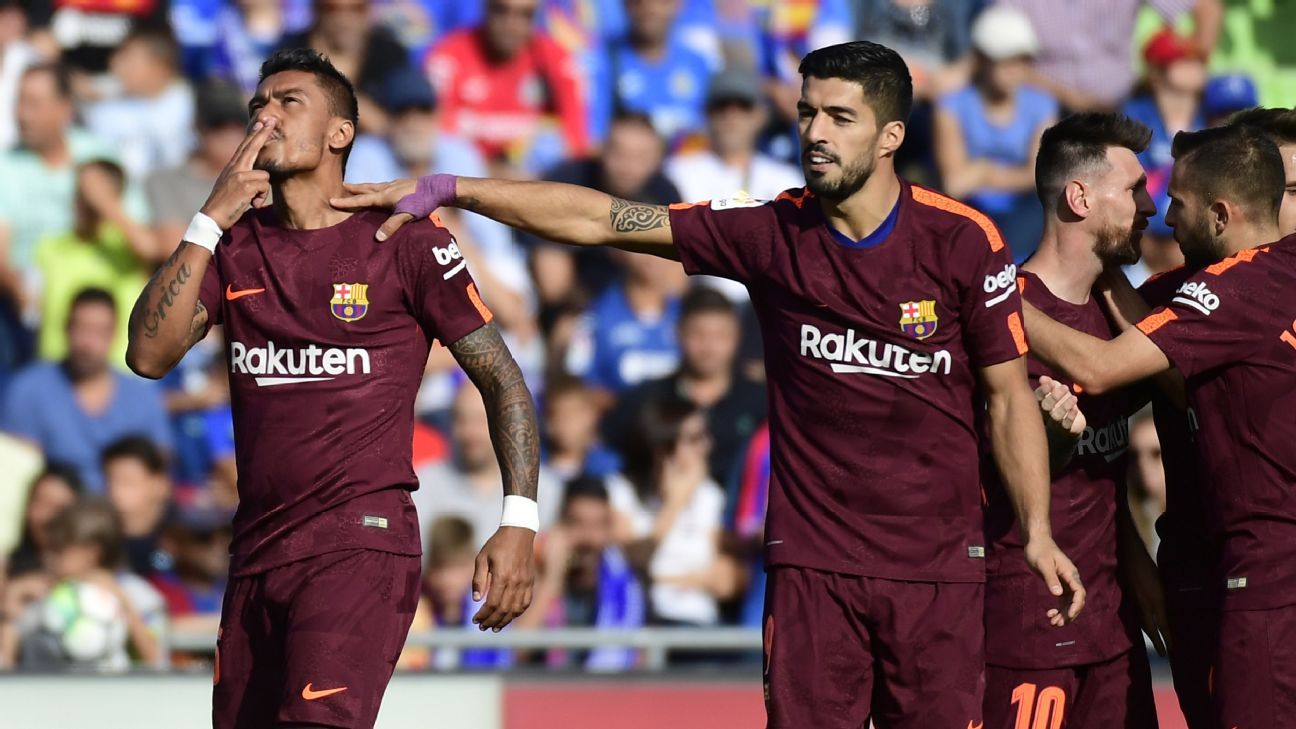 Paulinho was the unlikely hero in a come-from-behind-win that extended Barca’s 100 percent start to the La Liga season to four games.

Gaku Shibasaki gave the home side the lead with a stunning volley in the first half, but substitute Suarez levelled the scores after the break.

That set the stage for summer signing Paulinho, another of Valverde’s substitutes, to score a dramatic 84th-minute winner at the Coliseum Alfonso Perez.

“It’s important for them from a personal point of view,” Valverde said. “It gives them confidence.

“Also, them scoring shows that the squad has depth and that we have a lot of players who can contribute. Both of them get forward and they both have goals in them.”

Barca’s decision to part with €40 million to sign 29-year-old Paulinho from Guangzhou Evergrande drew criticism from some quarters in the summer.

Paulinho vowed to silence the doubters, and his goal has gone some way to doing that, with teammate Suarez praising his quality.

“Even though there were lots of comments made at the beginning of the season, I think we have a great squad — people should not doubt that,” he told reporters.

“There’s been some criticism, but we have confidence in ourselves. Paulinho is a great player, an international for Brazil, and in the last few squads he’s been the captain, which says it all.

“As players we need confidence, and the manager’s giving us that — and you can tell.”

Before Paulinho’s goal, Barca had looked set to drop points for the first time this season, and Valverde felt the state of the pitch did not help his side.

“We were struggling to get into the final third,” Valverde said. “We were not playing quickly enough, but the pitch didn’t help us because it was dry and the ball wasn’t running.

“Regardless of that, we kept going and we tried to break the lines by going a little longer. If we hadn’t done, we’d have kept crashing into a wall.

“It was a difficult game at a difficult ground. Getafe were pressing well, they were closing us down and we weren’t able to overcome it. Then they got the goal.

“What we did well was showing the perseverance to keep pushing forward and to turn the game around. Being able to show a reaction like that strengthens us.”