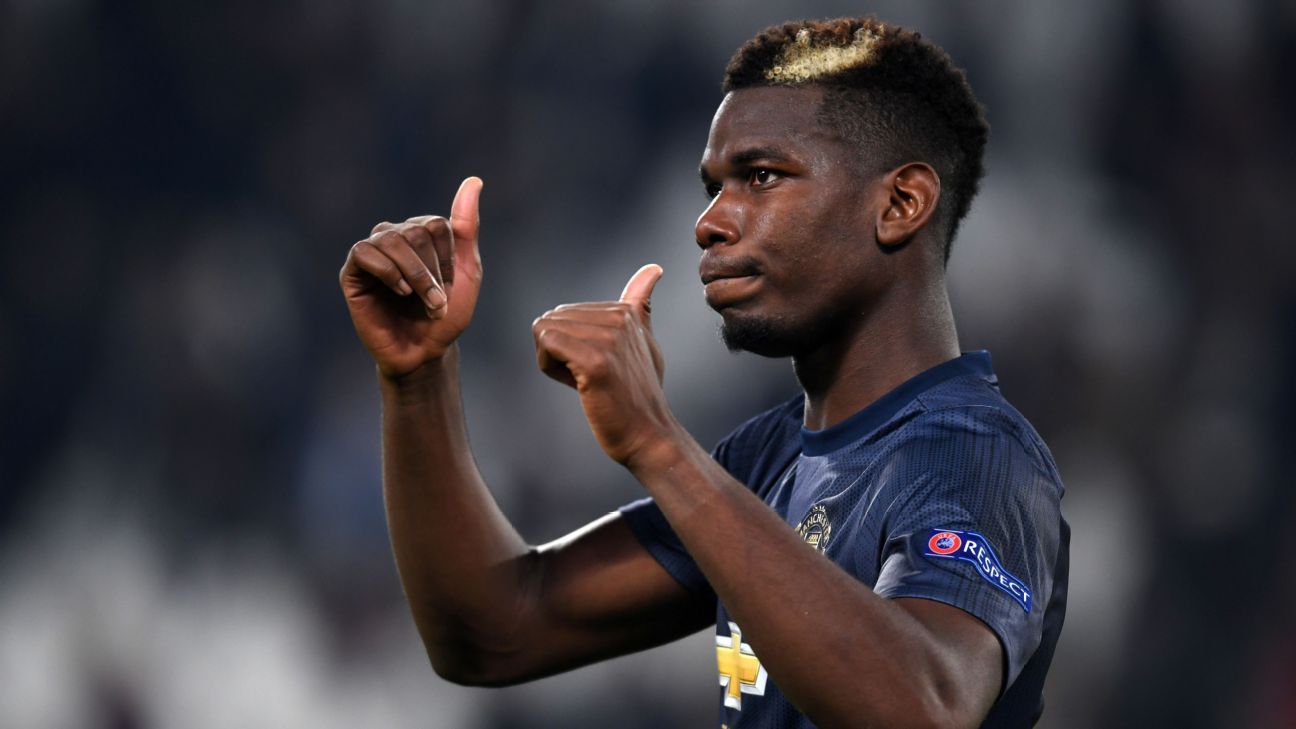 
Paul Pogba’s performances in his past two games, which ended in late, late wins for Manchester United over Bournemouth and Juventus, are a microcosm of his time at the club. Over the course of those matches, he was pivotal yet peripheral, inspirational yet underwhelming.

When United looked to him against Bournemouth, he was often sublime, floating past the challenges of desperate opponents and conjuring an assist for Marcus Rashford’s winning goal. Yet against Juventus, whose supporters raucously applauded him on his return to Turin, he failed to provide much influence. The stage is set for either kind of performance when United visit Manchester City on Sunday as serious underdogs.

Pogba is in an interesting position these days. Namely, should he stay at Old Trafford, or should he go?

The question arises since his relationship with Jose Mourinho has seemingly been a source of significant tension for several months now, with the two exchanging critiques of each other, either through the press or social media, and with Mourinho even going so far as to strip him of vice-captaincy duties. Whether he remains or goes elsewhere, Pogba remains a huge asset. His performances this season have been varied, but at their best, he’s still good enough to remind everyone — even those who overlook his World Cup-winning summer — that he is a decisive factor at the very top level.

Given how much he would cost a buying club both in terms of his transfer fee and wages, there are realistically only three or four places he could end up. There is Paris Saint-Germain, but it’s unclear whether he would enjoy the much less competitive nature of French league football. There is the prospect of a return to Juventus, a move to Real Madrid or a transfer to Barcelona, with whom he has been most persistently linked.

Barcelona’s very strong start to the season seems to change the equation. Their midfield is slowly being handed over to Philippe Coutinho and Arthur, whose emergence was crowned by his superb performance in the recent 5-1 win over Real Madrid; it’s not immediately clear where Pogba would fit within this configuration. In Coutinho, Barcelona already have a dynamic playmaker, and elsewhere, they seem well-staffed in midfield. It’s difficult to imagine him alternating with the Brazilian or consistently doing the type of defensive work that has become the hallmark of Ivan Rakitic.

Real Madrid seem to be a natural fit given that most of their recent results suggest they need a revamp. Though they have improved a little since the replacement of Julen Lopetegui with Santiago Solari, they still lack some creativity in midfield. Pogba, meanwhile, combines the long passing of Toni Kroos with the trickery of Isco. Moreover, with his huge marketing appeal, the Frenchman could still be the marquee signing that club president Florentino Perez so often seems to crave.

Yet if Madrid do wish to make this investment, there may be a significant financial barrier to Pogba’s acquisition. The sale of Cristiano Ronaldo, a man around whom the bulk of Madrid’s attack was based, has found Gareth Bale and Karim Benzema — the latter never the most prolific of scorers — largely unable to pick up the slack. Though Madrid have needs in midfield, the attack may be in need of greatest attention. There has long been talk of Neymar going to the Bernabeu and it is unlikely that Madrid would be able to afford both Neymar and Pogba in the same summer. In order to make these deals possible, the club’s accountants are set for a very busy few months.

That leaves three options: Paris Saint-Germain, Juventus or remaining at Manchester United. Paris might be appealing because it would be a chance to work with the brilliant Thomas Tuchel, who is assembling a side that could — and should — be a contender for the Champions League. The club could certainly afford Pogba, the midfield would certainly find room for him and from a marketing perspective — a World Cup winner returning to his hometown — it would be a dream. The only question would be whether, for Pogba, it’s an ambitious enough move from a footballing perspective.

There is the question of Juventus, who have a fine playmaker in Miralem Pjanic but who could similarly accommodate Pogba after reshaping their midfield. The Turin club recently signalled their designs on the Champions League with their signing of Ronaldo, and Pogba would mark a compelling next stage of their plan. Juventus have the money and are keen to build their global brand — that was part of the thinking behind the Ronaldo transfer, even if the very serious allegations against the Portugal forward have done considerable damage to that goal.

Pogba, both on and off the pitch, would make for a superb acquisition: the only question would be whether he feels he has unfinished business in Turin.

That leaves Manchester United, where the fractious nature of Pogba’s relationship with Jose Mourinho has been explored to the point of exhaustion. The core of this side is still young and very talented, and with a new coach — not an unrealistic prospect, given Mourinho’s recent struggles — the very best of Pogba in the Premier League could be yet to come. Most importantly, the club is aware of Pogba’s value both on and off the pitch, and is likely to wish to retain him despite any differences he may have with the current manager.

If — as has been widely discussed — Ernesto Valverde leaves Barcelona or Mauricio Pochettino decides he wishes to work with more resources than are available at Tottenham Hotspur, they would be two excellent targets for United and would have a significant positive impact anywhere they took charge. At the moment, then, Pogba should probably sit tight in the knowledge that his future at Old Trafford might just have a little longer to run than, at the start of this season, appeared to be the case.